Historic legislation is making puppy farms illegal in Victoria, but puppy farmers can still apply for approval to increase their breeding stocks or move their operations interstate. Peter Wicks reports.

IN A FEW SHORT WEEKS, historic legislation comes into effect in Victoria. July 1st marks the day that the Andrews Labor Government’s puppy farm legislation will start to become noticeable to the public.

On 1 July, there will no longer be any doggies in the window of pet stores in Victoria, with the sale of dogs and cats no longer allowed in retailers. Stores can, however, still run adoption days.

Puppy farmers will also have to start reducing their breeding dog numbers. They need to have their numbers down to ten females by April 2020. Any who seek to have more than ten female dogs will need to apply for approval from the Agriculture Minister to allow them to keep up to 50 and must also comply with a higher standard of welfare.

One puppy farmer who is likely to be applying to the Minister for approval to hold the extra breeding stock is Matt Hams of Banksia Park Puppies. 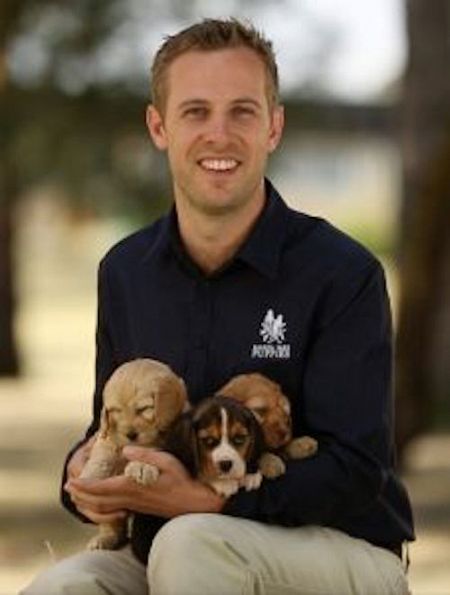 Matt Hams is a board member of the Pet Industry Association of Australia (PIAA), the chief lobby group for puppy farmers and pet stores in Australia.

Banksia Park Puppies is one of the country's largest puppy farms and, on its website, is described like this:

The 'About Us' section of their website then goes on to talk about Matt’s family and their involvement in the business. However, one member of Matt’s family that doesn’t get a mention is his puppy farmer relative, Pam Edwards. Pam isn’t mentioned, despite appearing to be tied to the business. 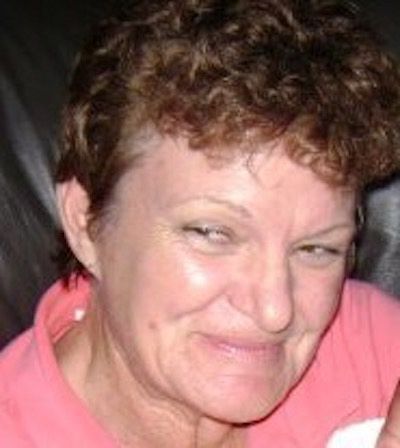 Pam Edwards is from Finley, just over the border in NSW.

Last year, Matt Hams invested in a property in Finley where his relative Pam lives and ran her puppy farm without a permit. The property Matt purchased is a former boarding kennel and he also applied to the Berrigan Council for a permit to run a dog breeding business with up to 100 breeding dogs.

Banksia Park Puppies clearly think the image of the family business is a positive one, so, why is it that family member Pam isn’t mentioned?

Some of you may remember I spent a bit of time in Finley in 2016, looking into the questionable behaviour of the Berrigan Shire Council and investigating claims Pam Edwards was operating a puppy farm.

Despite the denials from Pam, Berrigan Shire Council and a host of locals, it will come as no surprise to readers here that Pam was, in fact, running an illegal puppy farm right under the Council's nose.

Last year, following complaints from Oscar’s Law, the RSPCA raided Pam Edwards' property, along with two other Finley properties, showing once and for all what an exemplary job Berrigan Shire Council does for its residents and those businesses that actually make an effort to register, and pay their way with taxes and so on.

What the RSPCA discovered on the property of Pam Edwards was horrific. At the time of the raid, Pam was working at her job in town (ironically, a medical centre) and had left the property and animals unsupervised all day. Part of her routine of irresponsibility.

The RSPCA seized a large number of breeding dogs from Pam’s property, with one in such a dire state that it had to be euthanised immediately. The photo below is indicative of the type of care Matt’s relative, Pam Edwards provided her dogs. It is also worth noting that the dog pictured below is not the one that needed euthanising. 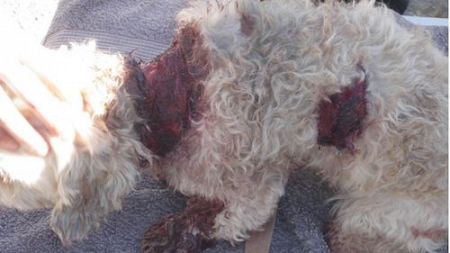 A dog on the property of Pam Edwards (Image courtesy NSW RSPCA).

As a result of the raid, Pam Edwards faced 13 criminal charges, including aggravated animal cruelty. She pleaded guilty to all charges, but was unfortunately given little more than a warning and was seen laughing with her friends as she left the court.

On its website, Oscar’s Law described the scene after Pam’s court appearance:

'Despite her guilty plea to cruelty charges, Pam Edwards showed absolutely no remorse for the suffering these dogs endured. In fact, after the case concluded, Pam and her friends walked from court laughing, celebrating their "win" and were heard joking and saying; "Well, wasn’t that a waste of time?” whilst looking in the direction of two RSPCA inspectors.'

I’m sure the dogs seized from Pam’s property didn’t think it had been a “waste of time”.

Victorian dog breeders nose out NSW base ahead of puppy farm clampdown https://t.co/s171Fu1a64 via @theage

Sources disclosed that Matt’s father, Colin Hams, who runs Banksia Park Puppies with Matt, had been seen collecting dogs from the property of Pam Edwards.

These claims were backed up by the sworn testimony of Pam Edwards, who told the court that she had “rehomed” dogs with Colin Hams.

With Pam’s breeding dogs being “rehomed” with Colin Hams, it is perhaps little wonder that Banksia Park Puppies have felt the need to have a confidentiality clause agreement prepared for customers. It may also help us understand why an award-winning veterinary practice described a Banksia Park Puppies dog as a “genetic disaster”. Perhaps it may also shine a light on reports of the large volume of dogs needing euthanising on the property. 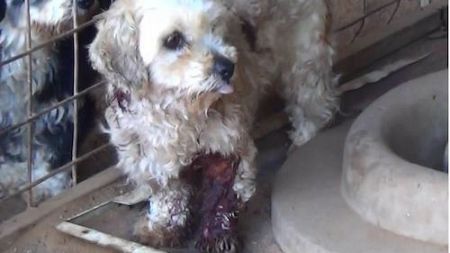 While Pam Edwards may not own a share of the “family company”, Banksia Park Puppies, she certainly appears to have a connection to it.

In the end, the decision on whether this “family company” is operating ethically and is worthy of Government approval to allow it to farm extra puppies in its usual manner, lies with the Agriculture Minister.

However, this “family company” is perhaps indicative of why these businesses should be shut down not allowed to increase its breeding activities. Let's hope when the time comes, that the Minister agrees.

'How well do you know your best friend?' (Source: animalsaustralia.org)

The cousin of Banksia Park puppies was found guilty last week of cruelty, she left a dog with an untreated broken leg, she received a 2 year good behaviour bond. There is no justice