9/11 terrorists made millions on the stock market 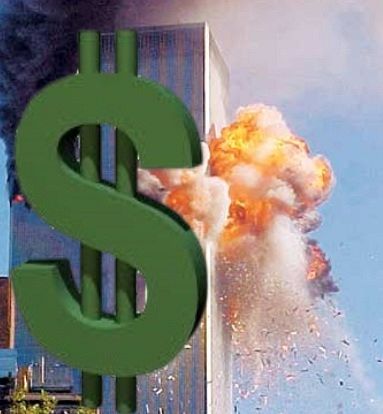 Terrorism: the ultimate in insider trading

A Charles Sturt University (CSU) researcher says that what happens to financial markets after a terrorist attack, and how terrorists make money from these market movements, is illustrated by the suspicious trading that occurred immediately before the successful attacks on New York, Madrid and London.

“When terrorists have ‘inside information’ about an imminent attack, they purchase financial derivatives before the attack and make millions from the subsequent market movements.

“Global financial markets reacted swiftly to the news of the terrorist attacks on New York (2001), Madrid (2004) and London (2005), with a general flight to quality. Gold, bonds and defence stock strengthened and investors flocked to highly liquid, developed markets.

“In contrast, less mature markets suffer as do stocks such as reinsurance and aviation. American Airlines’ share price dropped 39 per cent after the 9/11 attacks and United Airlines dropped 42 per cent. Even a novice trader can see the windfall that could be achieved in shorting these stocks before a terrorist attack.”


Dr McDermott, a former senior manager (Major Fraud and International Enforcement) with the Australian Securities and Investment Commission (ASIC), notes that the German Stock Market Commission reported that in the days before 9/11, derivatives traded on underwriter Munchener Ruck were twice normal volumes. Munchener Ruck’s share price dropped 22 per cent after the attacks.

Between 6-7 September, 4 744 put options were bought on United Airlines, six times the normal volumes. Assuming that 4 000 of these options were bought by terrorists with advance knowledge of the imminent attacks, these ‘insiders’ would have profited by almost $5 million.

On 10 September, 4 516 put options were bought on American Airlines, 285 times normal volumes. Assuming that 4 000 of these options were purchased by ‘terrorist insiders’, they would have netted a gain of about $4 million.

Morgan Stanley occupied 22 floors of the World Trade Centre and was severely affected by the attacks. Trading of put options on Morgan Stanley stock averaged 27 contracts per day before 6 September, but from 6 - 10 September, 2 157 ‘October $45 put options’ were purchased. Morgan Stanley’s share price fell from US$48.90 to US$42.50 in the aftermath of the attacks. Assuming that 2 000 of these contracts were bought with knowledge of the approaching attacks, these purchasers could have profited by at least $1.2 million.

Merrill Lynch had headquarters near the Twin Towers and averaged 252 contracts per day before 6 September. The period 5-10 September saw 12 215 ‘October $45 put options’ bought. When trading resumed after the attacks, Merrill Lynch’s shares fell from US$46.88 to US$41.50. Assuming that 11 000 option contracts were bought by ‘terrorist insiders’ their profit would have been about $5.5 million.


The most important insider trading crime ever

The International Organisation of Securities Commissions has stated that the financial manoeuvres that had taken place in the days prior to 9/11 amounted to several hundred million dollars, constituting

“…the most important crime of insider trading ever committed.”

Massive market irregularities in the days preceding the attacks delivered huge profits to ‘someone, somewhere’. However, tracing these profits to terrorist insiders has allegedly proved futile.

The US government’s 9/11 Commission Report stated that the

“…investigation has found no evidence that anyone with advance knowledge of the terrorist attacks profited through securities transactions.”

The report puts the irregularities down to a general downturn in the airline industry and the release of a newsletter from a broker the weekend before the attacks which downgraded airline stock.

“This seems implausible, and this explanation overlooks some important facts. Short selling was up 11 per cent on airlines due to the global downturn following the ‘dot com bust’, but it was up around 40 per cent on United and American Airlines. Surges in call options on gold and oil were also not explained.

“The 9/11 Commission Report has been widely criticised, and academic quantitative studies have confirmed that there is evidence of unusual option market activity in the days leading up to 9/11 that is consistent with investors trading on advance knowledge of the attacks.”

Dr McDermott argues that while ‘terrorist insiders’ may be elusive after the fact, law enforcement can take advantage of market movements as a source of financial intelligence to track terrorists and forecast attacks.

“While this information in isolation isn’t sufficient to counter an attack, it could add a critical piece to the intelligence puzzle about the imminence of planned terrorist violence.”


Dr McDermott notes that in its new market supervision role, ASIC monitors for unusual trading patterns to detect insider trading offences under the Corporations Act 2001, but these capabilities could be leveraged to detect potential terrorist insiders.

"These types of irregular trading patterns could be used as a ‘seismograph’ to indicate that a terrorist attack may be about to occur. By working with Australia’s counter-terrorism agencies, ASIC could provide critical information to law enforcement teams charged with fighting extremists.

“Combining the specialist skill of market operators with that of law enforcement will provide another element to protect our society.”

9/11 terrorists made millions on the stock market