Hitching a ride to nowhere

Director Sacha Gervasi’s new film ‘Hitchcock’ will make a lot of money — and yet still be a tragic missed opportunity, says Bob Ellis. 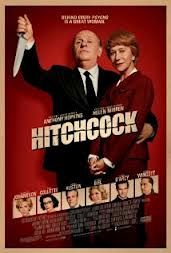 LIKE Bergman's Wild Strawberries, Sacha Gervasi’s Hitchcock begins with a dream: Hitch, aged six, is being marched down a prison corridor to a cell, the barred door closes behind him and he looks around and sees his mother, naked, cursing him, and her face rotting to a skull as she shouts and then screams and decomposes. Wisely, it is in black-and-white and academy-framed, fearlessly shows his impotence, his beloved wife Alma’s frustration, his cruelty to his dogs, and his moaning pleas with Ingrid Bergman for the cheap feel she freely gave her other directors, but unaccountably not him, his pleading phone calls to Grace Kelly, his homosexual threesome with Cary Grant and Randolph Scott on a yacht off Santa Catalina, and so on. This is a fearless, penetrating, magnificently made and rightly shocking film and must be seen.

… All of the above is untrue, of course; I just made it up. And I wish it had been a bit more like that, and it wasn’t. The film that was made – and will earn, I guess, fifty-two million dollars in its first fortnight – is as bland and fat-headed as an early episode of Certain Women — untrue in detail, narrative, chronology and characterisation and should be burned, in my view, by the public hangman.

All the performances are excellent – James D’Arcy in particular as Tony Perkins, Scarlett Johansson as Janet Leigh and Helen Mirren as Alma Reville – but this is not the point. It needs, at least, to resemble, for a minute or two, a post-war Hollywood film shoot; Sunset Boulevard does that, the Bad and the Beautiful does that, The Barefoot Contessa does that — but this does nothing of the sort. Hitch’s frantic eighteen-day schedule – three days of it in a shower, with a self-funded haemorrhaging budget, a harassed and grumbling second-unit crew and a tetchy Tony Perkins who daily seeks to supplant the drunk director – looks instead like a calm fortnight in Aspen with one’s feet up in front of a roaring fire.

What could have been as interesting as Capote or Frost/Nixon or State and Main or My Week with Marilyn is dreary, smug, dull-witted, misshapen, improbable and false. And astonishingly deceitful. And sometimes, my masters, in dialogue, though not always, near moronic.

In an early scene, for instance, Hitch at the premiere of North by Northwest, his biggest money spinner thus far, is asked by a cheeky news-hound why he doesn’t, at sixty, recognise his best is now behind him and retire. At that point, you may recall, Eisenhower, still in office, was sixty-nine, Macmillan, still in office, sixty-four, Menzies sixty-five, De Gaulle sixty-eight and Adenauer eighty-five. John Ford, moreover, still working, was sixty-five, Renoir, still working, sixty-six, Chaplin seventy, Goldwyn seventy-one. And both Alfred Hitchcock Presents and North by Northwest were making buckets of money. Retire, you say, young man. And why do you say that? Oh.

Was this question ever asked? No? What else, then, in this film is false, improbable and idiotic?

The idea that Alma directed the stairway-stabbing sequence when Hitch was indisposed. No, the AD did, from Hitch’s detailed gory storyboard.

The idea that she called him ‘Alfred’ in a stern and nannyish tone. No, she always called him ‘Hitch’.

The idea that he, not Perkins’ double, wielded the knife in the shower scene, with a hectic, onanistic bloodlust. The idea that it was always Janet Leigh’s nudity, not, sometimes, a body double’s, filmed in the shower.

The implication that Alma, not Joe Stefano, wrote, or co-wrote, the script with Hitch. The absence of a frame-by-frame storyboard, sketched by Hitch himself.

The assertion that the first screening got a studio thumbs-down, and Alma then recut it. No. No.

It is what a simpering, cringing, feminist film school schmuck would like to have happened — obese, candy-glutted, lonely, Alfred rescued by his fearless wise Mary Poppins from disaster.

The truth of it, probably, was rather more interesting than this.

Impotent, thwarted, and quietly alcoholic, Hitch with his Cockney huckster’s skills in those years turned himself into the first ‘name’ director (as opposed to actor-director) in history, made his pile from television and proposed, like Preminger, to push the censorship envelope and make even more money. The first nude murder, the first toilet, the first toilet-flush, the first thriller without a central character, all occurred in Psycho; the first lead female to die within thirty minutes of the start, the first film involving necrophilic incestuous longing, the first peeping-tom scene. He proposed, in fact, a kind of return to Jacobean luridness in the age of deodorant, uplift bras and sanitary pads you can swim in. And he changed that society, and the western world, in the same year as Portnoy’s Complaint, in a similar way.

Why he did it lies, perhaps, in his pampered ignorance as an only child and mother’s boy. He did not know women had periods until he was twenty-seven, and was directing an actress who refused to do a scene where she swam in a lake. The whole thing was explained to him, and he was appalled, and had to lie down.

This is moderately interesting stuff, but it is not much adverted to in this film. Nor is the fact of his daughter Pat, who ran his fan club and appeared in the film for a couple of minutes as the office wallflower. She was very close to him and present on the shoot but does not, in this telling, appear to exist. Nor do the negotiations surrounding the script of Casino Royale, to star Cary Grant as James Bond, and why Hitch turned it down, and whether this was why his friend Grant never worked with him again. Nor the storyboard process, the editing, the intense collaboration with Benny Hermann, the best film composer before Morricone.

It is doubtful the screenwriter had ever worked on a film before this one, or saw how a film fits together. And what is talked about, and what everyone does after hours, and the failed takes, and the cod-reel, the post-synching, and the rest of it.

This is doubly upsetting to me, who has been a writer-director, not least because Anthony Hopkins is very good indeed. The voice is just right, the immoveable basilisk deadpan, the Billy Bunterish frame, the gravitas and pretend-naivety. A very good film could have been made from these components, this cast, this moment in cinema history.

But it is, in the end, and very early, that worst of things, a money-making turkey.

And it should not, not, not be seen.