Getting your ‘freeek’ on in the digital age

Some critics queried whether there was really enough new material to warrant an updated version just five years from the original cinematic exposé, co-directed by its subject. However, bringing Michael back into the spotlight this year allows us to acknowledge another anniversary.

This year marks two decades since the release of George Michael’s 'Freeek!', a song with a banworthy clip, pulsing dance beat and lyrics to make you blush.

Michael died on Christmas Day 2016 and his legacy has come to be characterised by his talent, charitable spirit, musical icon status, addictions, personal losses and complicated relationship with his sexuality. 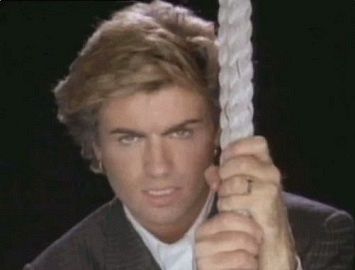 George Michael: Daring to be different

No stranger to adding spice to his songs, Michael’s 1987 track 'I Want Your Sex' had already courted controversy for its overt sexual imagery as his then-girlfriend Kathy Jeung wore next to nothing while clutching satin sheets.

A few years later, 'Freedom!'  burst into the world and is one of Michael’s best-known tracks along with 'Wake Me Up Before You Go-Go', 'Last Christmas' (both with Wham!), 'Careless Whisper' and 'Faith'. It is still rightly lauded as a clarion call for free expression which many took to represent not only Michael’s artistic identity but his sexual one as well.

Where 'Freedom!' burns as a bright anthem, 'Freeek!' invites (lures, pulls) us into dark rooms lit only by a screen or perhaps the moonlight off bare skin or shiny leather.

It was its inclusion in the popular compilation So Fresh: The Hits of Summer 2003 Plus the Biggest Hits of 2002 that led this author to hear its seductive beat at the some would say too young age of eleven. It has remained a not-so-guilty pleasure and has featured on many a playlist of my making.

'Freeek!' came out four years after Michael’s forcible "outing" following his 1998 arrest for soliciting an undercover male police officer. The song and its accompanying extravagant video clip dissect a burgeoning digital age and what impact it may have on our ability to form genuine, even as Michael’s lyrics suggest, albeit brief ('I'll be your one fuck fantasy') sexual connections.

The cyber-punk-inspired film clip – directed by Joseph Kahn – features elaborate costumes designed by comic book artist Stephen Platt allowing Michael to strut his stuff in a techno-bondage fantasy land where you’re not sure where one man/woman/machine starts and another ends.

This fundamental drive is hardwired into the song with lyrics (and images of hypersexualised infomercials — sex sells after all) such as:

'You got your speed connection, free chat, fuck that, get a little harder...

In the house with a bitch and a mouse and your daddy’s plastic how fantastic...'

The fact that Michael himself was a sex idol of the 1980s – his tight jeans causing many to swoon as he gyrated in Elvis fashion behind a guitar in the video clip for 'Faith' – makes this the sweet, self-parodying cherry on an already wickedly delicious cake of a clip.

Michael’s status as an icon is beyond question. Since his death, a new generation may unfortunately only know his works via 'Last Christmas' (2019), a Mamma Mia-esque film which clumsily links a soppy (and unrelated) plot to an excellent soundtrack. Hammier than the one served on its eponymous day, the film is a vanilla tribute to a man of many more flavours.

'Freeek!', with its celebration of sexual abandon and extravagant imagery demonstrates that George Michael’s musical oeuvre, alongside the up-tempo anthems and heartbreaking ballads, had an edge, a dirtiness, a sexiness.

As we move further into the 21st Century – a time characterised by isolation due to pandemics, political divides and an over-dependence on digital connection – sexual identity and expression remain vital and complex aspects of our lives we must confront.

'Come on kids, don’t be scared

It’s a tits and ass world you gotta be prepared...'

Dr Lisa Harper Campbell is a writer, researcher and educator from Adelaide, South Australia. You can follow Lisa on Twitter @lisahcampbell88.

9 October 2022, 12:00pm 'Beforeigners' is a wild time-travelling Scandinavian series with plenty to say on ...

Getting your ‘freeek’ on in the digital age