Jim Kable reviews a new book by Rory Ellison, which thoroughly examines our national systems and offers suggestions for their betterment.

WITH A DEGREE from London University – via University College Rhodesia – Rory Ellison has a background in economics and statistics: covering information systems and financial planning, policy development and review and evaluation, alongside bureaucratic and other governance experience.

An avowed supporter of capitalism, Ellison is not shy of criticising its excesses of the past few decades — and he possesses a low tolerance for injustice. Refreshingly so. And this sensitivity is evident in his book Is Australia still the lucky country? Working together towards greater economic and social well-being.

Most will realise the reference to Donald Horne’s 1964 book, The Lucky Country.

But they might not necessarily understand his ironic intent — as suggested in this final chapter paragraph:

'Australia is a lucky country run mainly by second-rate people who share its luck. It lives on other people’s ideas and, although its ordinary people are adaptable, most of its leaders (in all fields) so lack curiosity about the events that surround them that they are often taken by surprise.'

And although Australia has clearly changed in many respects from those years when Horne wrote and Robert Menzies was still Prime Minister, there is some truth in the statement — about our political leaders in particular.

Temporarily in Canberra, ruminating on some of the early chapter headings in Ellison’s book, I walked to the local shopping centre. Reaching the Woden Town Centre Library, I noticed an installation on an exterior wall. Lots of photographs of a culturally diverse community. There was a central explanation from 1999,  titled: 'Heading for the Lucky Country' — which it had indeed proved to be for the people in the photographs, having fled wars and persecution and economic distress in former lands.

I mused to myself about the welcome to refugees of the time of Fraser and Hawke/Keating as compared to those of the increasingly xenophobic and punitive governments of the Howard era onwards till now. These latter policies herded, it must be said, by ideologically-aligned press barons — both foreign and domestic.

I am a historian — turned away from studying economics in my matriculation years by the need to fulfil examination requirements in relation to other subjects I was studying. Having returned from nearly two decades of the 1990s/2000s in Japan to a transformed Australia, I found myself trying to understand how the country had become seemingly far more hard-hearted and concerned with its citizens being defined as customers.

There seemed to be a “user-pays” mentality, with many government instrumentalities and utilities sold off into private hands. How had it happened? The country from which I had returned appeared to me far more equal in its ways than the one to which I had returned. 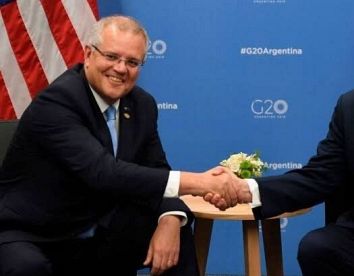 It's a common refrain to say democracy is at a critical point. Why does it seem so insecure? Mike Dowson has a few suggestions.

Ellison’s book reads to me like a tertiary-level primer, with the first of the 11 chapters defining various political ideologies and philosophies.

It starts with a comparison of the differences between capitalism and socialism — moving into how capitalism functions, explaining monetary policy and the role of government in facilitating economic well-being and social democracy. I am serious when I suggest it reads like a comprehensive text. For anyone wanting to understand how governments generally – and Australia’s in particular – operate, this is a first-rate guide.

Each chapter runs to around 30 pages in length and from Chapter one onwards deals with a particular aspect of the system of government.

Chapter two covers issues associated with the economic system: employment, income, political institutions, the environment and corporate governance, and how to measure economic and social well-being.

Chapter three explores the many myths associated with capitalism and with the economic system, relating to government, inequality, businesses, people and the wealthy. Chapter four deals with the facts of inequality, explaining its manifestations, causes and consequences – social and otherwise – with suggestions for its eradication.

Chapter five is 'Closing the Gap'. No, not that associated with Indigenous Australians, but rather the economic gap increasingly apparent in our society between the top 10%, the top 1% and the top 0.1% (Gina Rinehart, for example) and Australians at the other end of the spectrum who have not inherited wealth though indisputably hard working.

Ellison proposes an idea that has been around (already explored in various parts of the world already) for some time: universal basic income (UBI) set at a basic above-poverty level, for all.

If implemented, it would wipe out entire levels of bureaucracy (Robodebt opportunities forever banished) and the necessity for a myriad of other income assessment procedures — returning a sense of dignity to all.

And along with this raising of the floor – an associated lowering of the ceiling for those with far too much – the concept of a maximum wage mindset. Thus dealing with the corporate profligacy of CEOs receiving millions (hundreds of multiples of the average wage of their employees) and then millions of dollars more in various kinds of bonuses and incentives, even when the company is in a downturn and the CEO is departing early. 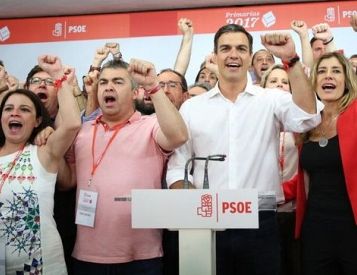 Have we all of a sudden forgotten that the global system in the current pandemic crisis was itself a system in crisis?

Chapter six explains the tax and transfer system: the overall system and then the tax component and the transfer component. It is complex. Chapter seven looks at the size and role of government: what should be done about the public component of government and about privatisation.

The public sector is explained in chapter eight: public service; its role and the significant influences that have shaped it; key public service issues and where it has been steered away from its essential purpose by political interference; contracts and so forth, and a strategic management framework for the achievement of whole-of-government outcomes.

Importantly, chapter nine examines the nation’s youth, crime, alcohol and drugs, proposals for a good citizenship incentive bonus, and the treatment of minorities and Indigenous Australians.

As Reverend Thomas Barnes of a London church wrote in 1624:

'Youth were never more sawcie, yea never more savagely saucie... the ancient are scorned, the honourable are contemned [sic], the magistrate is not dreaded.'

That it was ever thus is suggested by a quote attributed to Socrates:

The children now love luxury; they have bad manners, contempt for authority; they show disrespect for elders and love chatter in place of exercise. Children are now tyrants, not the servants of their households. They no longer rise when elders enter the room. They contradict their parents, chatter before company, gobble up dainties at the table, cross their legs and tyrannise their teachers.

Chapter ten moves on to the political system – citizen engagement, the Senate and preferential voting are explained – with some intriguing suggestions for reform.

The author explores representation in parliament and how the system works (a secretive and corrupted mystery to many of us observing over the past decade), as well as the prime minister and ways to make his or her primacy part of a reformed system of voting. Knowing who would hold that position if a particular party were to be successful at the ballot some six months beforehand would be illuminating — and to hold that position for the entirety of a likely fixed term, too.

Ellison examines the conduct of MPs and parliamentary representatives (unelected officials serving in the offices of ministers and others) although he makes no comment on the sexual scandals in the House and of MPs and ministers. He speaks of writing policy and directing day-to-day business, long-term planning, remuneration issues and about political donations and how to clean up the associated corruption. On compulsory voting he has some interesting ideas for change — and ideas about a permanent public service.

The final chapter, 11, examines the impacts of COVID-19 over the past three years, but with some intelligent forecasting that it would not be over in June (as indeed a new wave with another variant is now flowering). He discusses the issues of vaccinations and boosters, anti-vaxxers.

Supports via JobKeeper and JobSeeker are examined (cut too soon, his assessment) something a UBI would have handled very well. Ellison points to the differences between state and federal governments in handling COVID and provides comparisons with the rest of the world: vaccines, border closures and so forth.

Each chapter has various sections and each section is explained in easy-to-read point format, supported by quotations from noted economists or commentators (including Richard Denniss and Joseph E Stiglitz) illustrating the points made.

This is an excellent guide to understanding how our form of democracy works or could work better.

While I might have wanted more on a response to First Australians in the light of the Uluru Statement from the Heart – Voice, Treaty and Truth – it is true that this Statement had been downplayed – dismissed, indeed – by two former prime ministers since its launch in 2017. It was only just before this book was finished that the current Prime Minister committed to its implementation in full.

I would have liked more on the undemocratic influence of lobbyists and of political donations, and also a lengthier discussion on the influence of the press — their presence in parliament, their access to leaked stories and so forth, and their role in influencing elections. These were all "companions in my mind" as I examined the book.

So, is Australia still the "lucky country"?

While ever people of the calibre of Rory Ellison are prepared to so thoroughly examine our national systems and offer such well-thought-out suggestions for its betterment, then I think we can quite rightly say that it is.

'Is Australia still the lucky country? Working together towards greater economic and social wellbeing’ is available from Amazon for $19.74 (paperback) RRP.