Farewell, David Crosby — fearless in life and in music

Iconic singer-songwriter David Crosby, best known for co-founding two influential 60s bands – The Byrds and Crosby, Stills and Nash – has passed away following a long illness. He was 81.

Crosby has been inducted into the Rock and Roll Hall of Fame twice for his work with both supergroups, which sold more than 35 million albums combined.

He was born David Van Cortlandt Crosby in Los Angeles, California, on 14 August 1941. His father, Floyd, was an Oscar-winning cinematographer who was frequently away from home on location and showed Crosby little affection. Meanwhile, his mother, Aliph, doted on him. These mixed messages led Crosby to become an emotionally complex man who could love and hate in equal measure.

Crosby briefly studied drama before dropping out of college to pursue a music career. He joined iconic folk-rock group The Byrds in 1964 and the following year, they scored a number-one hit with ‘Mr Tambourine Man’, a Bob Dylan cover.

They followed on with other songs that defined the era and helped to change the face of rock ‘n’ roll in the United States. The Byrds’ fusion of jangly guitars and intellectual lyrics was widely imitated and their songs included the hippy-trippy classic ‘Turn! Turn! Turn!’ (1965) and the miraculous, and heavily drug-soaked, ‘Eight Miles High’ (1966).

Unfortunately, Crosby’s tenure with The Byrds, during which he briefly dated fellow artist Joni Mitchell, was marred by infighting among group members. Crosby had become an outspoken political activist and countercultural hero at that stage.

He was vehemently opposed to the Vietnam War, vocal in his support for cannabis legalisation and an espouser of conspiracy theories concerning the assassination of U.S. President John F Kennedy. This was too much for fellow band members, who unceremoniously sacked Crosby from the group after three years.

In 1968, Crosby met Buffalo Springfield’s Stephen Stills at a party hosted by Mama Cass Elliot of the Mamas and the Papas and the two started jamming together. They later joined up with Graham Nash from The Hollies to form a phenomenally successful supergroup called Crosby, Stills and Nash. They were later joined by Neil Young, another former member of Buffalo Springfield who went on to have a highly successful solo career.

Crosby, Stills, Nash and Young famously appeared at the Woodstock Music Festival in 1969 and scored a hit with a song about the festival written by Mitchell. Christened America’s “new Beatles” in terms of their amazing record sales, the band was on a rocket ship ride to superstardom. They were also one of the earliest bands to feature heavily on Adult-Oriented Rock (AOR) radio stations in the United States, which featured entire albums rather than just singles.

Crosby wrote two hippy anthems with the band, which were ‘Almost Cut My Hair’ and ‘Déjà Vu’. He also wrote a tribute to Robert Kennedy following his 1968 assassination. The song was called ‘Long Time Gone’.

Regrettably, Crosby bickered as constantly with members of his second supergroup as he did with his first and the band broke up after a few years, although they later got back together several times to tour the nostalgia circuit.

On 30 September 1969, Crosby’s long-time girlfriend Christine Hinton died in a car crash and his drug use escalated dramatically after that, to the point where Crosby eventually had to have a liver transplant.

The transplant, paid for by close friend Phil Collins, took place in 1994 and proved controversial, with people claiming that his celebrity status enabled Crosby to jump the queue. Due to past drug and alcohol abuse, Crosby had a long run with hepatitis C and type 2 diabetes, which he managed with insulin. During his period of ill health, Crosby said that he had dropped an astonishing 55 pounds (25 kilograms).

When interviewed by rock writer Cameron Crowe, Crosby was asked how he’d managed to stay alive when so many of his fellow rock stars had succumbed to drugs and alcohol.

He went on to say: 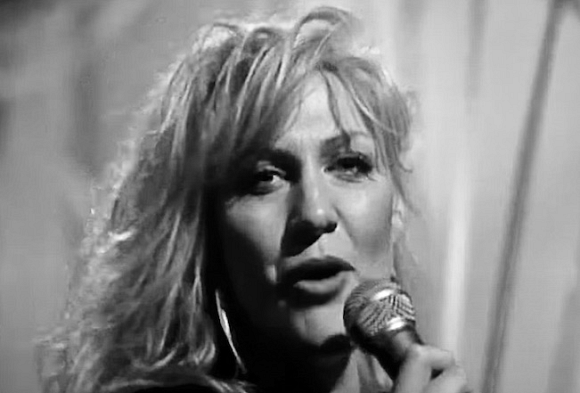 Australian soul supremo Renee Geyer, who led the tumultuous life of a true rock star, has died at the age of 69 from surgical complications and inoperable lung cancer.

In 2019, when asked if he would give up his life in music in exchange for extreme joy with a home life and family, Crosby said:

This modest statement belied the fact that Crosby was a very kind and generous man, always eager to step forward and help his fellow human beings.

Crosby famously acted as Drew Barrymore’s sponsor in 1989, allowing the then 14-year-old actress to stay with him for three months while she battled alcohol and drug addiction.

“I’m an old Hollywood kid and I knew her story,” said Crosby. “I felt she had been dealt a short deck, you know, a fifth-generation alcoholic and I didn’t want to see her go down the tubes.”

He also helped lesbian couple Melissa Etheridge and Julie Cypher have children via artificial insemination, acting as their sperm donor.

When commenting on the reasons why she chose Crosby to father her children, Etheridge – a fellow musician – said:

“He’s musical, which means a lot to me, and I admire his work.”

Sadly, one of their children, Beckett Cypher, died in 2021 from an overdose of opioids. He was just 21. Crosby was reportedly devastated by his death.

“It’s never going to get easy,” said Crosby in a 2021 interview. “You lose somebody you love and it hurts, and that’s how it is.”

Crosby ended his six-decade career with his final album, For Free. Released in 2021, it featured one of Crosby’s sons, James Raymond, who had been put up for adoption soon after birth and only met his father three decades later. 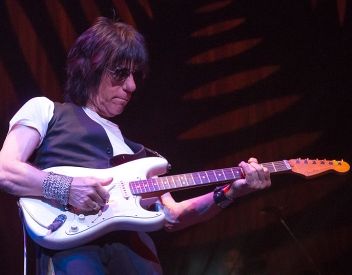 English music legend Jeff Beck, one of the canniest axemen ever to strap on a guitar and play some rock ‘n roll, passed away following a brief and sudden battle with bacterial meningitis. He was 78.

Crosby was reportedly in good spirits just prior to his death, working on a new album and planning to continue touring.

According to guitarist Steve Postell, Crosby “seemed practically giddy” about the new songs he was working on:

David didn’t think he was gonna last for years, which he joked about all the time. But there was no sense that we weren’t gonna be able to do this show and these tours.

We were talking tour buses and what kind of venues and the whole team was back together again – the road manager and tour manager and sound guys – on top of this band we’d put together. There was not even a remote sense that we weren’t about ready to hit the world. And it’s a shame people didn’t get to hear it.

It is with great sadness after a long illness that our beloved David (Croz) Crosby has passed away. He was lovingly surrounded by his wife and soulmate Jan and son Django. Although he is no longer here with us, his humanity and kind soul will continue to guide and inspire us.

His legacy will continue to live on through his legendary music. Peace, love and harmony to all who knew David and those he touched. We will miss him dearly.

‘What has always mattered to David and me more than anything was the pure joy of the music we created together, the sound we discovered with one another and the deep friendship we shared over all these many long years. David was fearless in life and in music.’

Jenny LeComte is a Canberra-based journalist and freelance writer.

Farewell, David Crosby — fearless in life and in music

15 January 2023, 12:00pm English music legend Jeff Beck, one of the canniest axemen ever to strap on a ...
Join the conversation
comments powered by Disqus
News updates