SUBSCRIBE   DONATE LOGIN SHOP
SUBSCRIBE   DONATE
Albanese's Voice to Parliament referendum should be a no-brainer
Secretive Scott Morrison and the skeletons in his Cabinet
Barilaro set up fund for Perrottet's illegal gun club grant
Get a Mark David T-shirt!
Neo-Nazi pub incident more complex than it seems
Film and drama 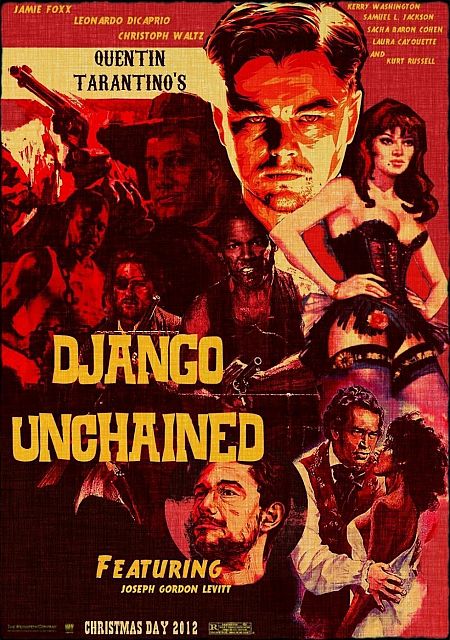 Set in 1858 as a western in Southern America, the story is essentially about this unlikely companionship of Django, a freed black slave, and Dr King Schultz, an articulate German bounty hunter.

The movie starts with the two of them travelling around the South for a bit, collecting bounties together, and, for a while, it seems as though Schultz, played by Cristoph Waltz, is dragging Django and the story along with him.

That is, until the tale of Django's slave wife, Broomhilda, played by Kerry Washington, connects with the German bounty hunter and they set out to rescue her from a wealthy plantation owner, and human 'cock-fighter', Calvin Candie played by Leo DiCaprio.

All in all, the film is great; it's Tarantino doing what he does best — driving a film's plot with themes of violence and revenge, using racism and making the atrocities of Southern white people so vile that any amount of vengeance dealt out by Django seems justified, no matter how violent or brutal it is itself.

As much as I liked this film, it isn't for everyone; if Quentin Tarantino films haven't impressed in the past, or the N-word offends you – I think it's said over 100 times – then this flick isn't likely to change your mind. As for those that do like a bit of blood and gore, then this movie has all that and more.

Tarantino does an excellent job of sharing his love of spaghetti westerns, through his use of stylings, settings and shootouts and provides yet another gruesome flick with lashes of classic Tarantino dialogue. Jamie Foxx is solid as Django, but it's the portrayals of Dr King Schultz, the bounty hunter, by Cristoph Waltz, and Calvin Candie, the plantation owner, by Leonardo DiCaprio, that really make this film shine. Samuel L Jackson shows he's still got it and cameos from Jonah Hill, Tarantino and Wolf Creek's John Jarratt provide a bit of light comedy.

If you're a Tarantino fan or like over the top action and gratuitous violence, then spend your cash at the cinema; if this kind of thing has never been up your alley before, don't waste your money. Watch if you liked: Inglourious Basterds, Gran Torino, Once Upon A Time In Mexico.

I give Django Unchained 4 out of 5.