A Better Man and Van Nguyen

Last night, to the distress of his family, SBS broadcast the first part a drama series on the Singaporean execution of heroin trafficker Van Nguyen. Liz Burke reflects upon her own documentary on this subject, filmed with the family's full co-operation. 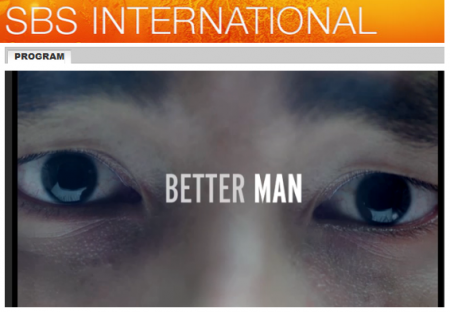 LAST NIGHT, SBS broadcast the first of their four part mini-series Better Man, about Van Tuong Nguyen, the young Australian who was executed in Singapore for trafficking 396 grams of heroin.

But, there’s a real story behind the drama.

I co-produced the 2006 documentary Just Punishment about Van, which was broadcast by the ABC in December 2006.

My journey began one day in February 2004, I was in my office when a co-worker said to me:

"There’s a bloke here to see you and he says it’s a matter of life and death."

This was Julian McMahon, one of Van’s lawyers. Julian wanted a documentary made about Van’s plight with the hope that it would influence public opinion and help save his life.

At that stage, Van had been sentenced for drug trafficking, but the court hadn’t handed down its punishment. Julian pretty much knew it would be the death penalty, because it was mandatory in Singapore for such cases. I contacted two documentary directors, Kim Beamish and Shannon Own, and we decided to work together to tell Van’s story.

There’s no easy money to be found for this sort of documentary making — at least not at the start. But, with a little bit of hustling, we found a kind philanthropist who financed the first trip up to Singapore to start filming.

Van was sentenced to death. We met his mum Kim, his friends Kelli and Bronii and his legal team Julian McMahon and Lex Lasry. We knew there was a great story there.

Van was a young man who’d never been in trouble with the law previously. He was born in a refugee camp, the eldest of two twins by a couple of minutes. His Mum was granted refugee status and started worked hard in the Melbourne suburbs to build a life for her sons. But, her youngest Khoa got into trouble with the law and Van decided to transport heroin into Australia to pay for his legal fees. Van has always said he didn’t realise Singapore had the death penalty for drug trafficking. This may seem incredibly stupid — but who isn’t at the age of 22?

Screen Australia and Film Victoria came on board, after they saw our first footage, as funding partners. They agreed this was a story that had to be told.

All of us had been against capital punishment. But, this was an issue we hadn’t had to really face up to. When you’re working with people whose son, brother, friend, is due to be executed you start thinking about this issue in a very serious way. What struck all of us was the way in which the death penalty brutally punishes everyone involved, not just the person convicted of the crime.

For us, the story became — what would you do if someone you loved was going to die in this way?

We thought this was important because, whatever you think of drug trafficking, or the death penalty, this could happen to someone you love. Van was just a very ordinary Australian kid who made one bad decision.

Kim and Shannon travelled up to Singapore for Van’s death. None of us had met him at that point. But, we’d been told he supported our documentary and had given permission to quote from his letters home and prison diary.

The day before Van was executed, they met him. Kim and Shannon have written:

We were nervous about our meeting. While we didn't doubt the general character profile we had constructed of Van through the film, we found it difficult to believe the reported peace he felt days before being hanged. Our doubts were soon overturned. When asked about his fear, Van replied with a cheeky calm:

"I can't say that I won't be shitting myself on the day but right now I am at peace".

Just Punishment was broadcast by the ABC in December 2006. It’s been widely shown around the world.

In July 2012, the Singapore government changed its laws so that the death penalty is no longer mandatory for some forms of drug trafficking.

It’s impossible to know if this change would have saved Van’s life. But, what we do know is that the change was forced by local Singaporean activists and international pressure. Our film was part of that pressure.

We’re now releasing it to stream online, because we think that now is a good time to remember Van again and hope that one day capital punishment no longer exists.

Find out more about the documentary Just Punishment or purchase it online at justpunishment.com.au.

A Better Man and Van Nguyen

26 July 2013, 8:30am Last night, to the distress of his family, SBS broadcast the first part a drama ...
Join the conversation
comments powered by Disqus
News updates