The Great Koala National Park would save koalas threatened by industrial logging in NSW because the State Government can't be trusted to protect them, writes Sue Arnold.

A RECENT Ipsos poll commissioned by Australians for Animals Inc has demonstrated significant support for the creation of the Great Koala National Park (GKNP) on the mid-north coast of NSW.

Of those polled (from 1,009 respondents), 71.4 per cent supported the creation of the park which would provide habitat desperately needed by koala populations struggling to survive after bushfires. Koalas and all forest wildlife are struggling to cope with industrial logging and the looming reality of “renewable energy” estimated to require one million tonnes of biomass annually in the soon-to-be-restarted Redbank Power Station at Singleton, NSW.

The GKNP would add 175,000 hectares of state forests to existing protected areas to form a 315,000-hectare reserve in the Coffs Harbour hinterland. Councils, community groups and scientists have campaigned tirelessly for the creation of the park which would not only be a world first but an Australian first. Currently, there are no dedicated koala national parks in any state.

Opposition from Forestry Corporation of NSW (FCNSW) is fierce. Mainstream media reports that the corporation has rejected any attempt by the NSW Environment Protection Authority (EPA) to set conditions to protect remnant recovering forests and wildlife from industrial logging. The Sydney Morning Herald stated that recent fires destroyed 80 per cent of the state’s forests. 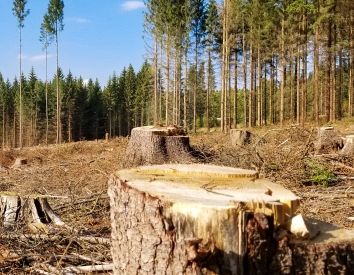 An environmental activist with more than four decades of service has called out the NSW Government over the massive and deliberate destruction of forests.

At a recent 2020-21 budget estimates hearing, NSW Minister for Energy and Environment Matt Kean was questioned over the State Government’s policy of only allowing the EPA to take action after FCNSW may have breached logging regulations.

Kean told the hearing that he wanted the EPA to be a “tough watchdog”.

"...we have an independent environmental watchdog. I expect them to be a tough cop on the beat..."

"... we have had unprecedented bushfires that have ripped through these areas. And, you know, if we log them aggressively, they may never recover. So, we have got to find a way through here."

What the minister failed to tell the hearing was that he, together with Minister for Regional New South Wales, Industry and Trade John Barilaro, is responsible for conditions of approval for the Coastal Integrated Forestry Operations Approval (Coastal IFOA) — the legal entity that allows logging operations in state forests.

Kean failed to advise the budget estimates hearing that conditions in the Coastal IFOA are weak and exclude or provide scant protection of a significant number of wildlife species, including koalas. Many of the species impacted by logging operations are currently listed as vulnerable or endangered under NSW's Biodiversity Conservation Act 2016 No 63 and/or the Federal Government's Environment Protection and Biodiversity Conservation Act 1999.

He overlooked the fact that amendments to the Coastal IFOA approvals can be made by both ministers. Nor were questions asked by the budget estimates committee as to why amendments haven’t been made to address the bushfire impacts.

Minister Kean is proving masterful at claiming environmental credentials by speaking out against the lack of action on climate change by the Morrison Government but failing to walk the talk in his home state.

Approximately eight years ago, the world-respected International Union for the Conservation of Nature (IUCN) designated koalas as one of the ten most vulnerable species to climate change, globally.

In 2008, the Academy of Science warned of serious ramifications to koalas. Professor Ian Hume, an Academy Fellow, provided research demonstrating that increases in carbon dioxide levels affect the nutrients in eucalyptus leaves.

'If there is a significant rise in CO2 concentration in the atmosphere... What currently may be good koala habitat may well become, over a period of not so many years at the rate that CO2 concentrations are rising, very marginal habitat...

I'm sure we'll see koalas disappearing from their current range even though we don't see any change in tree species or structure of the forests.'

When asked how long it would take for koalas to be affected, he said:

'I would've thought a few years ago when we first did these experiments that you might see something in 100 years, but at the rate at which things are going I suspect that we might see changes within our lifetimes.' 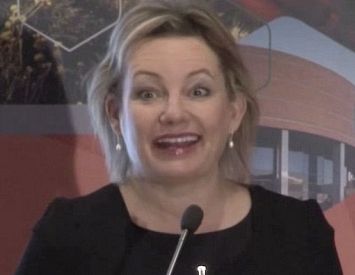 So far, legislation and reviews have failed to protect environment

According to a report by Dr Andrew P. Smith, commissioned by the EPA:

In other words, there’s an environmental crisis in NSW state forests, greatly exacerbated by bushfires, drought, previous logging and the ongoing failure of the Berejiklian Government to deal with the crisis.

In 2017, the Premier requested the Natural Resources Commission (NRC) provide advice that may allow the NSW Coalition Government to meet its commitment to making a Coastal IFOA with no net change to wood supply and no erosion of environmental values. An extraordinary conflict of concerns.

The NRC was tasked with independently overseeing the development of a monitoring program with its NSW Forest Steering Committee as required by Coastal IFOA approval. Nine monitoring strategies aim to evaluate key risks and effectiveness of priority conditions in meeting the Coastal IFOA objectives and outcomes. These strategies are under development and key requirements for plans were only released in October 2020.

“Given the infancy of the monitoring program and the Coastal IFOA itself, results are not yet available but will be published on the NRC website soon.”

Only five fauna management plans for the Coastal IFOA have been reviewed.

According to the terms of reference provided to the NRC by Premier Berijiklian, the two ministers:

'... set the rules for how forestry operations can be carried out on State forests and Crown-timber lands in NSW. They include rules to protect native plants, animals, important habitat and ecosystems, soils and water in native forestry operations... '

The NRC’s forestry documents indicate that the required monitoring program:

'... is estimated to cost approximately $2 million to establish and run in the first year and approximately $1.8 to $1.9 million annually in following years. In-kind contributions from FCNSW (in the form of specialist staff) and funding reallocation from the EPA, DPI and the Commission are expected to cover the estimated program costs until at least June 2023.'

The funding available is basically peanuts. How industrial logging could be adequately monitored with an allocation of approximately $1.9 million is a ridiculous proposition. 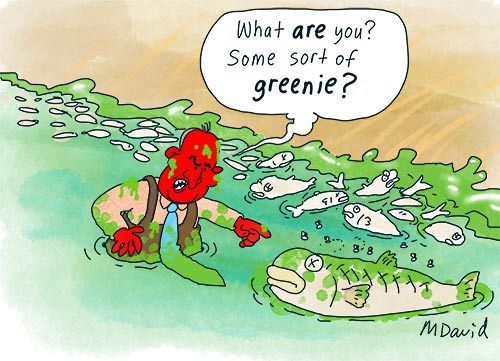 It’s important to note that by April 2020, the evidence of a catastrophe in NSW state forests created by bushfires was well documented yet the two ministers responsible for the Coastal IFOA have failed to make a single amendment.

Nor has Kean come out publicly to insist that a moratorium be declared on logging in the State's forests. Instead, he continues to float the fantasy of adding another 20,000 koalas to the population by 2050. Exactly how this could happen given the extent of logging, combined with major urbanisation and infrastructure projects destroying the remaining habitat is inexplicable.

People are tired of Liberal and National Party (LNP) politicians and their false promises, propaganda and spin when koalas and so many iconic species are dying of neglect.