SUBSCRIBE   DONATE LOGIN SHOP
SUBSCRIBE   DONATE
Wanted for Robodebt crimes: Morrison, Tudge, Robert and Co
The Commonwealth Bank's illusion of ethics
Why privatisation of the NBN would be a good thing
Get a Mark David T-shirt!
An elegy to masks and why mine stays on
Environment

The Murray-Darling: Death by capitalism

The environmental and ecological disasters occurring at the Murray-Darling Basin are driven by capitalism, writes John Passant.

ABOUT 2.6 MILLION Australians live in the Murray-Darling Basin. Three million get their drinking water from it.

The Basin covers 1 million square kilometres and produces $24 billion worth of agricultural products. With about one-third of our food supply, it is arguably Australia’s food bowl.

Six governments have jurisdiction over parts of the basin: Queensland, New South Wales, the A.C.T., Victoria, South Australia and the Commonwealth. The Murray-Darling Basin Authority and its plan are a carefully-crafted compromise between their competing interests and the competing interests of their residents. 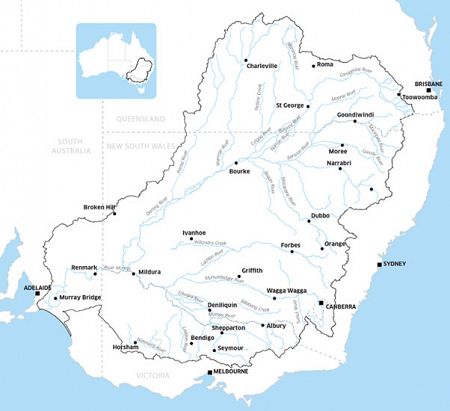 With over one million fish dying, something is seriously wrong with the Murray-Darling. According to the recently-released South Australian Royal Commission report into the system, that something is not prioritising the environment.

As Professor Jamie Pittock put it in The Conversation:

‘The commission found that the Basin Plan breached Federal water laws by applying a “triple bottom line” trade-off of environmental and socioeconomic values, rather than prioritising environmental sustainability and then optimising socio-economic outcomes.’ 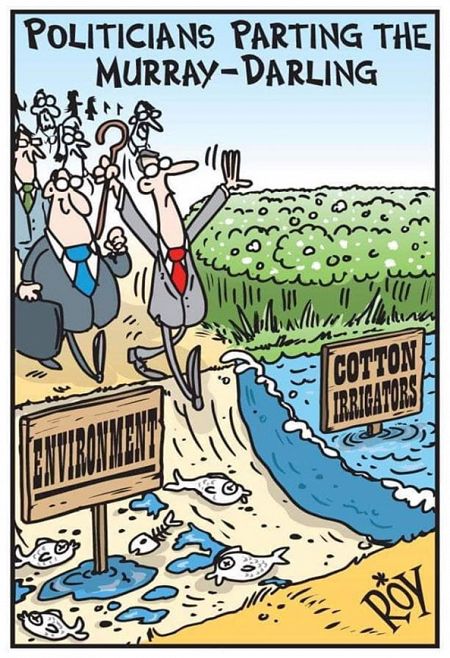 The Murray-Darling disaster seems intractable, reflecting the essence of capitalist society and its divorce (or metabolic rift) from nature.

The metabolic rift is the idea, taken from Marx that there is an ‘irreparable rift in the interdependent process of social metabolism’.  This has created a rift between the way capitalism operates and the natural environment. The relationship is antagonistic, not cooperative. In a nutshell, the problem is profit and the capitalist system, which is built on this drive for more and more money.

Under capitalism, it is either profit or the environment. As the Murray-Darling Basin experience suggests, (and so, too, the obsession with coal and underwriting coal-fired power stations, the destruction of the Great Barrier Reef, logging and similar activity killing koalas and other animals, the ongoing extermination of species, the record temperatures across the country, or huge fires in the south and once-in-a-century floods in the north, to name a few), it cannot be both.

The results are a litany of errors.

The Murray-Darling Basin Royal Commission has cited gross maladministration, negligence and unlawful actions by Commonwealth officials as just a handful of the failures in its multi-billion-dollar effort to save Australia's largest river system.

The scathing report has gone as far to accuse the Murray-Darling Basin Authority (MDBA) of negligence and being "incapable of acting lawfully”.

All this to justify profit by particular groups.

The problem is that, if under capitalism, you ignore the triple bottom line approach – environmental, economic and social considerations – and concentrate on the environment, you end up possibly destroying the current living situation of many people in the Basin. These are the people who work in the agricultural and other industries, and the communities surviving because of that activity.

How sick is that? It is the logic of capitalism. The system pits the environment against the economic and social if there is a quick buck in it. It is like watching a drug-addicted relative die. They cannot live with the drug; they cannot live without it.

The Royal Commission says that politics determined that the amount to be released into the river to help save it, the sustainable diversion limit, should be set at 2.750 gigalitres (GL) of water, rather than the science, which suggested a figure of between 4,000 and 7,000 GL. That much lower figure means more water upstream for irrigators for their crops and livestock, and less for South Australia and other sections below those gifted this extra water.

Why rice and cotton growing exist, let alone receive incredibly generous water allocations, is beyond me, other than that there are powerful capitalist interests and big big money behind them. Where big business goes, politicians often follow.

It took Rex Patrick, a Centre Alliance Senator for South Australia, to photograph the thousands of gigalitres of water that cotton farmers on the Moonie River in Southern Queensland have stored away for their water-intensive farming. 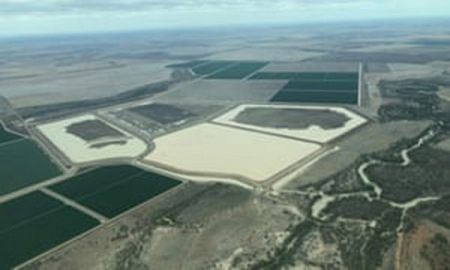 Photographs taken by Centre Alliance senator Rex Patrick of cotton farms on the Moonie River in southern Queensland. The South Australian royal commission into the Murray Darling Basin plan is expected to deliver a scathing assessment of the plan that was meant to save the river system from ecological disaster. (Photograph: Rex Patrick)

I ask again — why are we growing such water-hungry products as rice and cotton on the driest continent? Profit, profit and more profit is part of the answer. So, too, is the fact that individual businesses do not see themselves in co-operation with the rest of business, but rather in competition either directly or indirectly. They win (profit) by destroying, figuratively and, in this case literally, others.

Rice and other farmers do not pay for the environmental destruction they create or contribute to. These “external” costs are ignored in calculating the bottom line. They are borne directly or indirectly by the rest of society. Much like greenhouse gas emissions or smoking.

Is there a solution? The responses to the Royal Commission suggest not. All the sides are digging in, defending their part of the current profit arrangements, even though those current arrangements will likely destroy future flows of profit.

Sometimes the state steps in and imposes solutions on capital that are in its longer-term interests. There are no signs the current government or future Australian governments will do anything like this.

To impose “solutions” that impact severely on the lives, livelihoods and living standards of millions economically is not a solution. That is not to defend capitalism, but to argue that workers are forced to sell their labour power to survive under capitalism. This means any radical state-imposed changes to the arrangements under which workers are forced to survive could destroy their lives, as well as those of their families and communities.

And yet change will come — either under the hand of government, long-term, market forces, or, more ominously, natural environmental forces responding to capitalism’s destructive bent.

This assumes that we see capitalism as natural. The alternative is a society in which we work with nature to produce the goods and services that could make life liveable and enjoyable for all of us on the planet. Such a society can only come about by getting rid of the profit motive and organising ourselves democratically to satisfy human need. This requires a revolution against the established order and their ongoing destruction of our planet.  There is no Planet B. 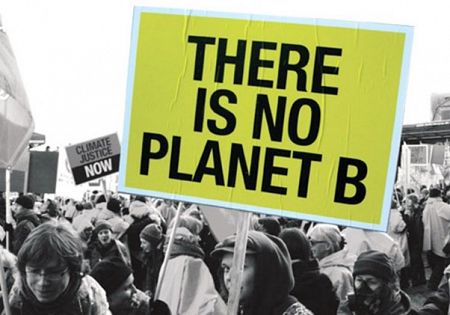