The Prime Minister claimed that the funding would bring the Government’s financial contribution to the Reef to an amount of over $3 billion since coming to power in 2013.

This announcement was made against a backdrop of years of catastrophic damage to the Great Barrier Reef, including mass bleaching events in 2016 and 2017, which impacted 90 per cent of the Reef and killed almost a quarter of its coral reefs.

Climate scientists have almost unanimously held that climate change and the concomitant effects of warmer seas were to blame for this environmental catastrophe.

The Government has made several announcements and commitments on the Great Barrier Reef during its tenure, which have often been met with impassioned criticism by climate scientists, environmental advocacy groups and its political opponents. 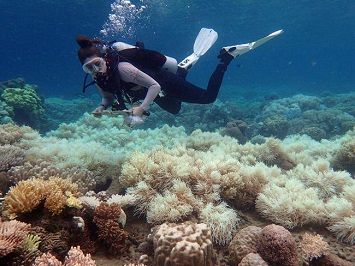 The uncomfortable truth: The Great Barrier Reef is doomed

The Great Barrier Reef is unlikely to survive as more than a small, sad remnant of its past glory.

‘Dealing with the symptoms’: Is the Government’s investment well-targeted?

The Federal Government’s plan is to provide the $1 billion of funding over nine years, culminating in 2030. The package seeks to address land-based causes of water quality issues, enhance reef management processes and reduce the impacts of crown-of-thorns starfish, prevent illegal fishing, and invest in scientific research and adaptation strategies.

As the Chief Executive Officer of Greenpeace Australia Pacific David Ritter said, the Government’s ‘pledge includes no funding or initiatives for emissions reduction’.

Independent MP Andrew Wilkie – a noted advocate for the Great Barrier Reef, environment and climate within the Parliament – was critical of the Government’s approach in allocating the funds set aside for the Reef.

“It’s good as far as it goes… An investment of that magnitude, if done right, will be useful. However, I found the announcement to be underwhelming to say the least. If you put it in the context of the Government’s behaviour more broadly, it looked like greenwashing to me.”

This is essentially like using a bunch of band-aids to try and mend a broken leg. Any additional funding for the environment in Australia is welcome, as it is severely under-resourced.

However, handing out cash for the Great Barrier Reef with one hand, while funding the very industry – fossil fuels – that’s driving devastating climate impacts like marine heatwaves and coral bleaching, means they are adding to the very problem they are claiming they want to fix.

“The reason the Reef’s under so much pressure is because of climate change. I would’ve preferred to see that $1 billion invested in effective climate change initiatives [which] try to deal with the source of the problem, not the symptom.”

After much internal strife and infighting, the Coalition Government committed itself to a carbon net-zero policy by 2050 in October 2021, in line with international counterparts such as the United States of America, New Zealand, France and Japan. That commitment, however, falls short of those made by countries such as Uruguay, Finland, Germany and Sweden.

It also remains to be seen how the Government intends to achieve that target in practice, as it continues to support new coal and gas projects. In the 2020-2021 financial year, Australia subsidised fossil fuels to the tune of over $10 billion, according to the Australia Institute.

Mr Ritter contends that the Government can only protect Australians and the Great Barrier Reef by ‘delivering deep, rapid emissions cuts this decade, and encouraging other nations to do the same’.

Going into battle with UNESCO

Before the 44th session of the World Heritage Committee, the United Nations Educational, Scientific and Cultural Organisation (UNESCO) recommended that the Committee classify the Great Barrier Reef as ‘in danger’, due to the damage sustained by the Reef’s coral.

That move was met with resistance from Minister Ley and the Federal Government, triggering a lobbying campaign to prevent the listing. State parties on the Committee – including China, Brazil, Russia, Saudi Arabia and Bahrain – came to Australia’s rescue and thwarted the endeavour to downgrade the Reef’s listing.

At the time, Minister Ley thanked “the esteemed delegates for recognising Australia's commitment to protecting the Great Barrier Reef”.

‘As matters of fact, the Great Barrier Reef is World Heritage and the Reef is in grave danger according to the Australian Government’s own experts, so the [in danger] listing is no more than acknowledging the truth.’

Professor Hughes believes the recent funding announcement is linked to the Government’s priority to preserve its international standing:

‘The Morrison Government wants to convince UNESCO’s World Heritage Committee that the Reef is not “in danger”, even though it clearly is. This cash helps the Morrison Government look good on this issue, but we are not seeing the concrete steps that would give us confidence that they are serious about protecting the Reef.’

Australia’s lobbying effort was followed by its recommendation to substitute the words ‘that pursues pathways limiting global warming to 1.5°C’ with the more generic and non-committal language of ‘consistent with commitments to implement the Paris Agreement’  in a UNESCO policy document on ‘Climate action for world heritage'.

The proposed amendment wasn’t embraced by the UNESCO Secretariat. 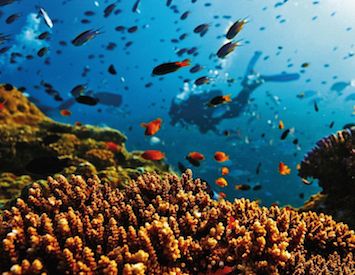 The Great Barrier Reef, the Precautionary Principle and $56 billion

While the economic value of the Great Barrier Reef has been estimated at $56 billion, it is actually a priceless asset that cannot be measured.

In 2018, the Coalition Government granted $443 million to the Great Barrier Reef Foundation, a surprising move at the time given the organisation’s small size and ties to polluting corporations including Shell, Rio Tinto and BHP. It subsequently came to light that then-Prime Minister Malcolm Turnbull had personally authorised the grant and that no competitive tender process was undertaken.

Mr Wilkie expressed his concerns to IA with the process undertaken by the Government to endow the Great Barrier Reef Foundation with nearly half a billion dollars:

“It had a whiff about it that it was somehow improper and I’ve never been persuaded that that wasn’t the case. [That process] wasn’t the way to go about it.”

On 24 February 2022, the Foundation announced that it had appointed former Telstra CEO David Thodey as Chairman and former Secretary of Prime Minister and Cabinet, Martin Parkinson, as Deputy Chairman.

Mr Ritter doubted that these appointments would lead to a more effective organisation:

The appointment of an ex-Telstra CEO and a top civil servant to the leadership of the Great Barrier Reef Foundation will do nothing to safeguard the future of the Reef unless the pair can convince their former colleagues in industry and government to rapidly reduce emissions.

If you take a look around the GBR Foundation website, there is a conspicuous failure to prioritise and target ending fossil fuels.

However, it does not appear that the ANAO’s report has placated the chorus of voices that argue the grant was not subject to an open and transparent process. 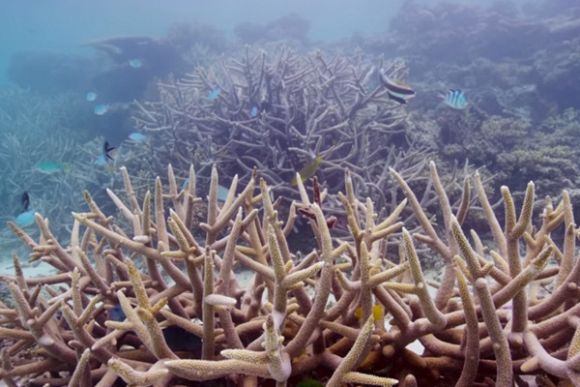 The Federal Government’s legacy on the Reef

After abolishing the Carbon Pricing Mechanism and the Minerals Resource Rent Tax – both of which were introduced by the Gillard Labor Administration – former Prime Minister Tony Abbott’s Government, along with the Queensland Government, developed the ‘Reef 2050 Long-Term Sustainability Plan’ in 2015.

Since that time, the Coalition has been far from inactive on matters concerning the Great Barrier Reef.

The Prime Minister and Mr Entsch appeared proud of their Government’s record on the Reef, suggesting they’re ‘the best reef managers in the world’.

That claim has been rejected by Greenpeace, with Mr Ritter saying:

‘The Morrison Government has the weakest climate policy in the developed world, and the failure of politicians to act has put the Reef on life support.’

Its legacy on the environment is dreadful. History will record it as a government that was destructive and failed to seize basically any opportunity to look after our environment… and by implication the Reef.

No amount of money thrown at the Reef is going to clean up this Government’s climate credentials.

IA contacted Minister Ley for comment. The Minister did not respond to IA’s questions in time for publication. 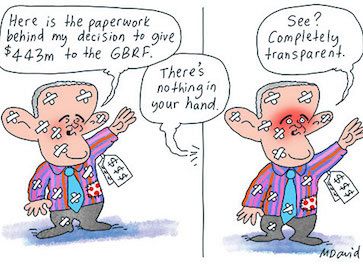 The current #ReefGate fiasco is only the latest in a long list of Malcolm Turnbull's scandals and non-achievements.