Not warming to the nuclear option

The evidence consistently shows that nuclear energy – even aside from its noxious and socially unacceptable character – is just too expensive, writes Ludwig Heinrich. 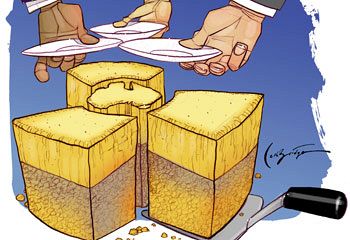 PROFESSOR LESLIE KEMENY, in the Fairfax Press on September 27, 2012, made the following claim:


‘To international energy experts [the shaping of] Australia's climate-change policy appears to be the product of political pragmatism and green pseudo-science.’

In a hilarious example of “pseudo-science” (one of Kemeny’s favourite terms), he then goes on to say:


‘Readers of The Canberra Times may well be impressed by an article such as ''ACT to get Australia's biggest solar power plant'' (September 6, p2). But are they aware that the cost of their energy could escalate by a factor of eight? And would they be advised that their supply would be unreliable and insecure unless their 10 megawatt solar plant was permanently connected to the NSW baseload grid?’

On the basis of what arcane arithmetic does he extract the factor of eight increase in energy costs? And why does he think it necessary to connect to the NSW baseload grid?

Well, part of that is that he has not understood either the economics nor the technologies he writes about. Professor John Quiggin has elsewhere noted that baseload power is a myth, and he and others have shown that it is an artifact of our old ways of doing things. Our large centralised power generating systems could not and cannot be varied to match demand, so instead they churn out power at all times and sell it at a discount when there is low demand. As well as being economically silly, this also contributes to more pollution.

The notion that somehow supply would be unreliable and insecure is another zombie argument from the nuclear club, who like to dismiss renewable energy systems without understanding them, on the basis that they compete with their large insecure generating systems. And yes, I did say insecure; a nuclear plant is intrinsically insecure. It is fueled by a toxic substance and throughout the entire cycle requires a high level of security and oversight. Of course, it is also insecure in the sense of being a target for terrorism and a prime military target, whereas distributed renewable systems do not share this flaw.  There is another insecurity associated with nuclear power too — in that, after Fukushima, local citizenry may feel rather insecure as well.

On the matter of continuity of supply, it is worth noting that the downtime of nuclear plants is in the order of around 10 per cent to deal with faults and cyclical maintenance. Does Kemeny suppose that, in those situations, we do without power — or would it also need to connect to the grid?

Later in the article, Kemeny waxes even more lyrical about the benefits of nuclear power when he says:


‘A ''big'' Australia needs to rely on clean nuclear power for cost-effective carbon pollution reduction and energy security. Only this energy source can provide industry and domestic users with electricity at a generating cost below $3 per megawatt hour and potable water production at under $2 per cubic metre.’

In the first place, I wonder about the notion that nuclear energy is clean. That it is a low-carbon producing power generating technology, I have no doubts — but how clean is uranium mining? And how will you clean up after Fukushima? Which brings us to the most risible element of Kemeny’s article, the claim that nuclear power production makes economic sense. As I have remarked elsewhere, once one adds in the security, decommissioning, financing and insurance costs nuclear power is simply too expensive. Nor does it make sense to ignore the non-financial cost — the loss of social amenities, the added militarisation and the diminished sense of security that nuclear power entails.

Kemeny clams that without a policy whereby a quarter of our energy is supplied by nuclear:

There have been a number of studies that have shown that Australia can meet all its energy needs through renewables and all he has to offer are hat-tips to the International Energy Agency, Martin Ferguson and the head of the China Nuclear Energy Industry — hardly unbiased witnesses to his claims.

Kemeny then goes global in his song of praise but, to jump to the chase, why doesn’t he point out that to use nuclear energy systems to address global climate change, it would require some 11,000 new reactors worldwide? Or that many of these would need to be located in failed states and countries currently beset by internal wars?

Kemeny tells us that the Green concept of replacing Australia's hydrocarbon-fuelled electricity industry with renewables is ‘naive’. But obviously he has not consulted a dictionary to find out what that word means. He, and the other promoters of nuclear energy, are the ones who are naïve — in that they show no knowledge or wisdom. It is not green groups or even Green Parties that have stalled the nuclear juggernaut — it is accountants, actuaries and economists, who have consistently shown that nuclear energy – even aside from its noxious and socially unacceptable character – is just too expensive.

When will the nuclear industry and its shills learn this lesson?