SUBSCRIBE   DONATE LOGIN SHOP
SUBSCRIBE   DONATE
How we prevented a Morrison dictatorship
How Howard screwed the Libs
U.S. site tries to ruin what makes fairy bread great
Bloody Idiot of the Week — Episode 28: Get used to it
Morrison's 'politics of retribution'
Agriculture

THE MINE would have been one of the largest coal mines in the world and responsible for substantial greenhouse gas emissions. The Environmental Defenders Office (EDO) NSW, environmental law experts representing the Mackay Conservation Group, challenged the approval given by the Federal Environment Minister Greg Hunt to the A$16.5 billion project.

‘The decision of the Court to set aside the Carmichael mine’s federal approval was based on a failure by the Minister to have regard to conservation advices for two Federally-listed vulnerable species, the Yakka Skink and Ornamental Snake. This kind of error in the decision making process is legally fatal to the Minister’s decision.’

‘The conservation advices were approved by the Minister in April last year, and describe the threats to the survival of these threatened species, which are found only in Queensland. The law requires that the Minister consider these conservation advices so that he understands the impacts of the decision that he is making on matters of National Environmental Significance, in this case the threatened species.’

‘The case also alleged that the Minister failed to consider global greenhouse emissions from the burning of the coal, and Adani’s environmental history, however these matters are left unresolved before the Court.’

The mine is now without legal authority to commence construction or operate.

‘It will be up to the Minister now to decide whether or not to approve the mine again, taking into account the conservation advices and any other information on the impacts of the project.’

Fairfax reports that the Federal Environment Department will now take six to eight weeks to draft new advice for the minster’s consideration.

Now, knowing the Abbott Government as we do, they will already be working rabidly to come up with a new angle to get this hopelessly filthy white elephant of a project off the ground.

However, if Minister Hunt does decide to re-approve the mine, then the application will have to be substantially reworked.

While the Federal Environment Department and Adani claim this is a just a technical administrative hitch, I spoke with Higginson directly after the decision had been handed down and she was somewhat forthright in her opinion of this, saying:

“the minister and Adani can characterise this overturning of the approval any way they like, but it doesn’t alter the facts that the decision was set aside because it was legally fatally flawed.”

Additionally, Adani’s Carmichael mine has recently been before the Queensland Land Court at state level, and here a raft of new information, nearly all detrimental to the project, was brought up.

The economic benefits were overstated, for instance Adani’s initial figure of 10,000 jobs, which had the Queensland government near salivating, was shown to be a wild overstatement, and 1464 was a more likely figure. Royalties from the mine were – as usual when dealing with a fossil fuel company – likewise overstated, $22 billion initially, down to $4.8 billion announced in court.

And as Sue Higginson told me, this information that was heard at the state level came out after Greg Hunt had given the initial federal approval and so, in her opinion, Minister Hunt now needs to consider this new information as part of the latest federal approval process.

So Adani and the Environment Department aren’t just writing an extra paragraph, Adani now have to convince the Minister to approve the project in light of new figures for economic benefits, as well as the environmental issues, including the Ornamental Snake, the Yakka Skink and the Black-throated Finch.

And to heap coals on the fire, the global warming ramifications of burning the Galilee coal and Adani’s appalling environmental track record were left unresolved from the Federal Court challenge and so all need to be taken into consideration. 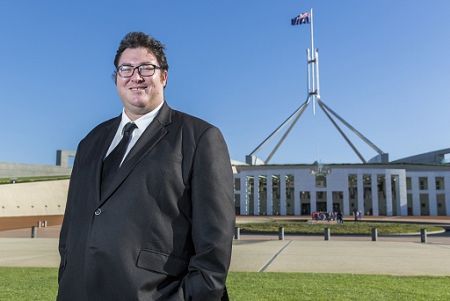 LNP MP George Christensen says "Green groups might have won the battle but they haven't won the war!"

So then I made contact with economic expert Tim Buckley, Director of Energy Finance Studies, Australasia for the Institute of Energy Economics and Financial Analysis (IEEFA), who provided expert financial evidence in the Queensland Land Court objection to Adani.

Buckley finds it hard to believe that Adani and the Australian Federal Government could even still be pursuing this.

As he explained, the Carmichael coal mine is rated as a ~US$10 billion (A$16.5 billion) project.

However, as Buckley told me, Adani’s current market cap is US$1.5 billion, and they are carrying US$2 billion in debt. So we ask where are they going to get the A$16.5 billion needed to construct the project?

A multitude of international finance houses have ruled out investing in this project, and the only other organisation that showed the slightest interest in it, Korean equity partner Posco, have already downed tools and gone home.

Closer to home Australia’s Commonwealth Bank this week walked away from doing business with Adani.

So the only people (on Earth) left trying to push this dog of a coal mine, is Adani, the Queensland Government and the Abbott Federal Government.

So, I asked of Buckley,

“How could this thing possibly work now?”

“Well the only thing that could get this off the ground now is the Abbott government’s so-called Dirty Energy Finance Corporation”.

‘was to help stimulate developments that may not have been able to win approval without assistance’.

The supposition is that much of this funding would allow resource projects that cannot get funding from the private sector, to proceed after all, backed by our fossil fuel-loving federal government.

It is a strange thing, really it is, this Northern Australia Infrastructure Facility. If a project cannot get funding in the market place, there’s usually a pretty damn good reason why: that being it won’t make any money. Thus, no bank or private investor looking to make a buck would touch said project with a 3.048m pole

The entire idea of the Dirty Energy Corp is, seemingly, to shore up the Abbott Government’s blind, backwards looking support of coal.

If Tony Abbott and Greg Hunt do decide to fund the Carmichael mine through the Dirty Energy Finance Corporation this will further erode their already badly shredded financial credibility.

Effectively, Tony Abbott will have to ask the tax payer to invest $16.5 billion dollars in a project that no one wants and will never show a profit.

And I can strongly surmise it will never show a profit for this reason.

India throws future imports of coal from Austalia into question

Just as I was concluding this piece, I checked a site I use for global energy research, 321Energy.com. There I found this story from India’s Economic Times, headlined: ‘Coal imports drop by 11 per cent to 19 million tonnes in July’.

And this reminded me of something else Buckley told me, which is that India has a strong policy to increase domestic coal production, so as to reduce and then cease reliance on imported coal. This would free India’s energy sector of the vagaries of international coal pricing. India hopes to cease coal imports before 2020, possibly by 2017-18.

All of which just makes you throw up your hands in despair when trying to understand why Adani, along with the Queensland and Federal governments seem still determined to put this appallingly destructive mine in place.

If indeed built, this mine will bring destruction to Indigenous lands, farmland, flora and fauna, the precious waters of the Great Artesian Basin, the Great Barrier Reef and the very air we breathe through greenhouse gas emissions.

And then if it is built, by the time Adani are ready to start shipping coal, India itself will no longer want it.

Adani’s Carmichael coal mine is the very definition of a bad idea.

Get the guff on how the Abbott is wrecking the environment. Subscribe to IA for just $5.