Environmental annihilation — brought to you by Roads and Maritime Services

The NSW Woolgoolga to Ballina Pacific Highway upgrade is a perfect example of irresponsible and ill-conceived government policy destined to wipe out not only koalas but other vulnerable species. Sue Arnold reports.

TO BEAR WITNESS may be okay in the biblical sense but, in reality, when people are obliged to witness wanton and avoidable destruction, their hands tied by legislation and mainstream media censorship, the impact on human spirit is devastating.

Right now, the survival of koalas on the North Coast of NSW, identified as the stronghold of koalas in the State, is perilous, with extinction the only likely outcome.

At a time when scientists acknowledge a 50 per cent decline in the North Coast koala population, the Roads and Maritime Services (RMS) have begun clearing pristine koala forest, which will be replaced with a four-lane highway known as "Section 10" of the Woolgoolga to Ballina Pacific Highway upgrade. 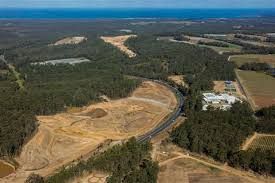 At least 32 threatened and endangered species are in the path of this juggernaut. Opposite the pristine forest are vast hectares of cane fields, flat lands which would easily accommodate a highway upgrade with minimal loss of wildlife. Instead, the RMS insisted on trashing the forests, claiming the cost of locating the highway along the cane fields would be “more expensive”.

With no economic value given to wildlife, their habitats, or native forests, the balance sheet only reflects the benefits to infrastructure and transport facilitation.

The stark reality of this decision is now apparent. Section 10 is a perfect example of irresponsible government policy destined to wipe out not only koalas but other vulnerable species. Old Bagotville Road in Wardell is designated by the RMS asoneof four "koala hot spots" in Section l0. This old gravel road is a newly created link from two quarries purchased by RMS to haul some 384,000 cubic metres of rock and gravel to Back Channel Road, and the highway upgrade site.

Large sections of the road are now fenced on either side, with escape hutches and massive grids to prevent not only koalas but other wildlife from being hit by vehicles as they try crossing the road to access the nearby forest. 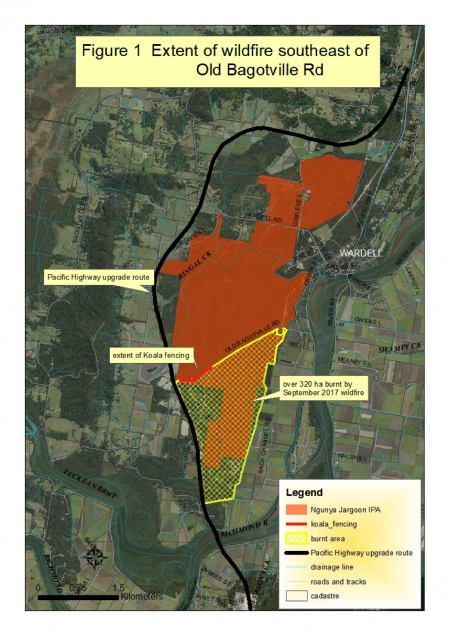 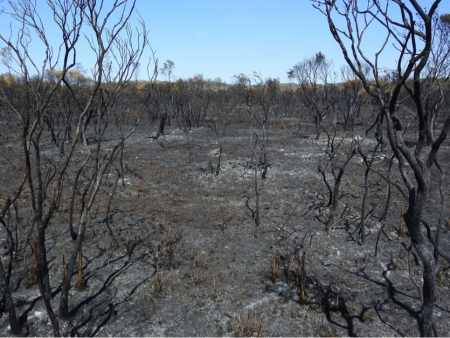 In the RMS report, the average traffic count for Old Bagotville Road was approximately 100 vehicles per day or less.

In April 2017, the RMS put out a flyer to the local community indicating that the traffic would now escalate to 600 truck movements per day during peak periods and 100 car movements a day. Working hours would run from 7am-6pm Monday to Friday plus 8am-5pm Saturdays. In some areas, work hours would extend from 6am-7pm weekdays. Traffic speed would be reduced from 100km to 80km.

Not only are the so-called “koala grids” extremely wide but there’s a strong likelihood of potoroos, goannas and other animals being trapped in the grids. Escape hutches defy description, involving a death-defying leap into heavy scrub, assuming any animal finds its way up the slippery flimsy boards.

Peer-reviewed research on the effectiveness and/or impacts of koala grids is not readily found. 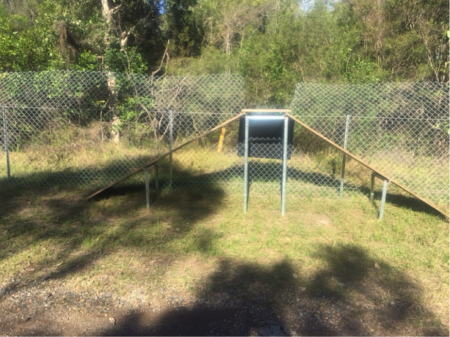 On another major hot spot along Back Channel Road, koala feed and shelter trees have been collared with polycarbonate and/or metal sheeting around the lower tree trunk to prevent koalas and other folivores accessing the trees. RMS is also ring barking trees causing defoliation. 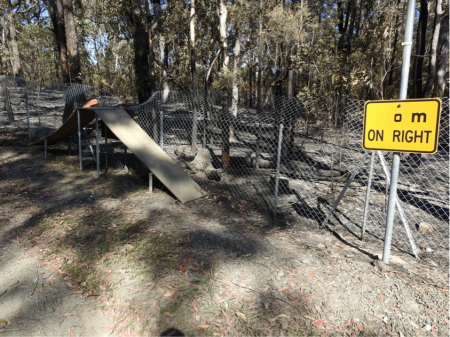 The RMS hypothesis for collaring 80 per cent of the koala feed and shelter trees in the project is that “koalas will move somewhere else” before trees are felled. Exactly where is unknown. What we do know is that koalas are faithful to and dependent upon their home ranges. Many examples of koala mortality are available, demonstrating that loss of home range equals mortality. The Moreton Bay Rail Project providing a classic example.

Tree collaring and ring barking has never been attempted before.

' … this strategy has never been adopted elsewhere, including in NSW by RMS'.

Both the NSW and Federal governments have allowed the collaring and ring-barking to proceed. There is no published peer reviewed research which would support this major experiment.

Both koalas and gliders are listed as vulnerable species under NSW Threatened Species Conservation Act and the Federal Environment Protection and Biodiversity Conservation Act. Australians for Animals NSW commissioned a review of the "Statement of Reasons" relevant to Section 10 koala populations in November 2016, which demonstrated the extinction of the eastern subpopulation of koalas as a result of the project. No action was taken by the RMS.

Another animal of considerable concern is the small population of Long-nosed Potoroos located near Wardell in the path of the highway upgrade. 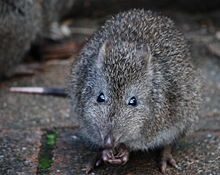 Several weeks ago, the NSW Scientific Committee made a preliminary decision to list the Wardell population potoroos as endangered.

The decision noted that the proposed realignment of the Pacific Highway will reduce the extent of suitable habitat and could lead to an increase in the incidence of fire, road mortality and weed invasion, and impede movement to nearby vegetated areas.

As an example of the total inability of government and conservation organisations to protect the Wardell potoroos under NSW legislation, Patricia Harrup, Acting Director Public Land and Aquatic Ecosystems, Office of Environment and Heritage (OEH) confirmed in a phone conference with IA, that the highway upgrade consent conditions did not allow for any changes, as a result, of post-approval designations of endangered or threatened species.

In December 2016, the NSW Chief Scientist, Professor Mary O'Kane published a review of the decline of koalas in NSW, indicating increasing evidence of major problems for the species in the State.

Her principal recommendation was to set up a whole of government koala strategy bringing together with the RMS, Forestry Corporation, Environment Protection Authority, Department of Planning, National Parks and Wildlife Service, Department of Primary Industries and NSW Rural Fire Service. Professor O’Kane’s 'Recommendation 1' (p vi) suggests that OEH plays the important role of bringing together the various agencies.

' … an innovative statewide program that addresses the growing number of plants and animals in NSW facing extinction with the Save the Koala Project operating as part of the larger program.'

However, in a conference call with the OEH, IA was told that the agency would only play a limited role in the Save the Koala Project and further, that the OEH could not make contact with other government agencies in relation to koala issues.

An email from OEH to the IA advised:

OEH is anchoring the development of the NSW Koala Strategy, with oversight by the Koala Advisory Committee chaired by the Chief Scientist and Engineer. It is proposed that the strategy will commit government agencies to specific actions, making each agency responsible for their actions.

OEH has mandatory responsibility to protect threatened and endangered species and populations. It now appears that this responsibility is trumped by the RMS.

When questioned by IA as to how the whole of government strategy would work, Professor O’Kane was only able to say she could provide the phone numbers of relevant people at the various agencies.

In fact, the real outcome of all the hype is that there is no operational or effective policy in place.

In late August, according to the Environmental Defenders Office NSW, the Biodiversity and Conservation Act and the Local Land Services Amendment Act will come into force despite there being certain components that have not been finalised.

Major work needs to be undertaken by OEH to map koala habitat, gather historical and mortality records, identify any healthy populations, dog and vehicle strikes before any protections can be put in place. OEH has informed IA that this process may take up to a year or more.

The NSW Government's koala policies are a farce, demonstrating a complete lack of governance.

There is an urgent need for a parliamentary inquiry into the RMS both at the State and Federal level.

Meantime, those of us who are involved in efforts to protect our rapidly disappearing wildlife mourn the loss of nature and the unnecessary suffering imposed on vulnerable wildlife.