In the same way that Einstein's general theory of relativity became a political battleground between progressives and conservatives, so has climate science been traduced says Professor Clive Hamilton. 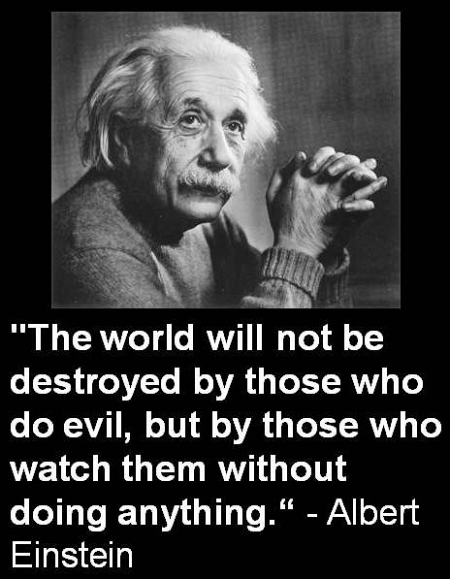 IT IS HARD TO IMAGINE a scientific breakthrough more abstract and less politically contentious than Einstein’s general theory of relativity. Yet in Weimar Germany in the 1920s, it attracted fierce controversy, with conservatives and ultra-nationalists reading it as a vindication of their opponents — liberals, socialists, pacifists and Jews. They could not separate Einstein’s political views – he was an internationalist and pacifist – from his scientific breakthroughs, and his extraordinary fame made him a prime target in a period of political turmoil.

A year earlier, a British scientific expedition had used observations of an eclipse to provide empirical confirmation of Einstein’s prediction that light could be bent by the gravitational pull of the Sun. Little known to the general public beforehand, Einstein was instantly elevated to the status of the genius who outshone Galileo and Newton. But conservative newspapers provided an outlet for anti-relativity activists and scientists with an axe to grind, stoking nationalist and anti-Semitic sentiment among those predisposed to it.

In a similar way today, conservative news outlets promote the views of climate deniers and publish stories designed to discredit climate scientists, all with a view to defending an established order seen to be threatened by evidence of a warming globe. As in the Wiemar Republic, the effect has been to fuel suspicion of liberals and “elites” by inviting the public to view science through political lenses.

At the height of the storm in 1920, a bemused Einstein wrote to a friend:


This world is a strange madhouse. Currently, every coachman and every waiter is debating whether relativity theory is correct. Belief in this matter depends on political party affiliation.

The controversy was not confined to Germany. In France, a citizen’s attitude to the new theory could be guessed from the stance he or she took on the Dreyfus affair — the scandal surrounding the Jewish army officer falsely convicted of spying in 1894, whose fate divided French society. Anti-Dreyfusards were inclined to reject relativity on political grounds.

In Britain, suspicions were less politically grounded, but relativity’s subversion of Newton was a sensitive issue, leading Einstein to write an encomium for the great English scientist prior to a lecture tour.

Like Einstein’s opponents, who denied relativity because of its perceived association with progressive politics, conservative climate deniers follow the maxim that “my enemy’s friend is my enemy”. Scientists whose research strengthens the claims of environmentalism must be opposed.

Conservative climate deniers often link their repudiation of climate science to fears that cultural values are under attack from “liberals” and progressives. In Weimar Germany, the threat to the cultural order apparently posed by relativity saw Einstein accused of “scientific dadaism”, after the anarchistic cultural and artistic movement then at its peak. The epithet is revealing, because it reflected anxiety that Einstein’s theory would overthrow the established Newtonian understanding of the world, a destabilisation of the physical world that mirrored the subversion of the social order then underway.

Relativity’s apparent repudiation of absolutes was interpreted by some as yet another sign of moral and intellectual decay. There could not have been a worse time for Einstein’s theory to have received such emphatic empirical validation than in the chaotic years after the First World War.

Although not to be overstated, the turmoil of Weimar Germany has some similarities with the political ferment that characterises the United States today — deep-rooted resentments, the sense of a nation in decline, the fragility of liberal forces, and the rise of an angry populist right. Environmental policy and science have become battlegrounds in a deep ideological divide that emerged as a backlash against the gains of the social movements of the 1960s and 1970s.

Marrying science to politics was a calculated strategy of conservative activists in the 1990s, opening up a gulf between Republican and Democratic voters over their attitudes to climate science. Both anti-relativists and climate deniers justifiably feared that science would enhance the standing of their opponents. They responded by tarnishing science with politics.

Einstein’s work was often accused of being un-German, and National Socialist ideology would soon be drawing a distinction between Jewish and Aryan mathematics. Although anti-Semitism plays no part in climate denial, “Jewish mathematics” served the same political function that the charge of “left-wing science” does in the climate debate today.

In the United States, the notion of left-wing science dates to the rise in the 1960s of what has been called “environmental-social impact” science which, at least implicitly, questioned the unalloyed benefits of “technological-production” science. Thus in 1975 Jacob Needleman could write:


Once the hope of mankind, modern science has now become the object of such mistrust and disappointment that it will probably never again speak with its old authority.

The apparent paradox of denialist think tanks supporting geoengineering solutions to the global warming problem that does not exist can be understood as a reassertion of technological-production science over environmental impact science. Thus the Exxon-funded Heartland Institute – the leading denialist organisation that has hosted a series of conferences at which climate science is denounced as a hoax and a communist conspiracy – has enthusiastically endorsed geoengineering as the answer to the problem that does not exist.

The association between “left-wing” opinion and climate science has now been made so strongly that politically conservative scientists who accept the evidence for climate change typically withdraw from public debate. So do those conservative politicians who remain faithful to science.

The motives of Einstein’s opponents were various, but differences were overlooked in pursuit of the common foe. Today among the enemies of climate science, we find grouped together activists in free market think tanks, politicians pandering to popular fears, conservative media outlets like The Sunday Times and Fox News, a handful of disgruntled scientists, right-wing philanthropists including the Scaifes and Kochs, and sundry opportunists such as Christopher Monckton and Bjorn Lomborg.

While Einstein’s theory posed no economic threat and industrialists were absent from the constellation of anti-relativity forces, the way in which climate denial was initially organised and promoted by fossil fuel interests is now well-documented. In the last several years, climate denial has developed into a political and cultural movement. Beneath the Astroturf grass grew.