David Suzuki: State of the world’s birds is bleak but not hopeless

Not many realise how important birds are in the greater scheme of things, David Suzuki writes how rapidly disappearing bird species should be of serious concern to us all. 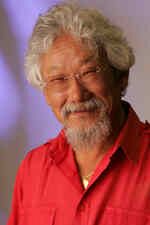 WE CAN'T LIVE WITHOUT BIRDS.

Beyond being fascinating and beautiful, they play a crucial role in keeping the world habitable for all life, including people. They disperse seeds, pollinate plants, control insects, provide food and are indicators of the overall health of ecosystems. They also create recreational and economic opportunities, through the immense popularity of birdwatching.

So we should be concerned about the findings of the report, State of the world’s birds: indicators for our changing world — that one in eight – or 1,313 – species of Earth’s birds is in danger of disappearing.

'The status of the world’s birds is deteriorating, with species slipping ever faster towards extinction,' notes the assessment by Birdlife International, a global partnership of conservation organizations. This represents rapid acceleration of a troubling trend; 151 bird species are believed to have gone extinct since 1500.

But the study, released at Birdlife International's 2013 Congress in Ottawa, offers hope:


'An annual investment of US$4 billion, used wisely, could improve the status of all known threatened species and virtually halt human-driven extinctions. A further US$76 billion could effectively protect and manage all known sites of global conservation significance. These sums are insignificant in comparison with both the size of the global economy (roughly US$70 trillion per year) and an estimate of the total value of ecosystem services delivered by nature each year (US$22–US$74 trillion).'

Many threatened birds are common species, including turtle doves, meadowlarks, barn swallows and purple martins. In Canada, insectivores, grassland birds and Arctic shorebirds have been declining rapidly since 1970, all because of human activity. But conservation efforts, including regulating pesticides such as DDT, have helped some raptor and waterfowl populations bounce back.

Sadly, we’re to blame for the current plight of birds.

The report shows industrial-scale agriculture, logging and invasive species are the gravest immediate dangers. It also concludes climate change is an 'emerging and increasingly serious threat to species' and 'often exacerbates existing threats'. Among other problems, a warming planet changes migration and nesting schedules, hindering birds’ ability to find insects to eat. It also damages habitat.

One solution for safeguarding bird populations is to ensure habitats critical to their survival – known as Important Bird Areas, or IBAs – are protected, through legislation if necessary. That doesn’t mean shutting out human activity, just managing these areas in ways that allow birds to survive and thrive.

Education is another component of protecting birds and all threatened plants and animals. As we better understand our connection to nature, the importance of biodiversity and the value of services healthy ecosystems provide, we’ll make conservation and biodiversity higher priorities in our decision-making, which will lead to wiser development.

While the BirdLife study identifies climate change as a major threat, it also notes the challenge in balancing environmental factors in energy-project development. Critics oppose wind power because of potential harm to birds, but bird deaths from windmills are minimal compared to those caused by fossil fuels, climate change, pesticides, highrise buildings, automobile collisions and house cats. A National University of Singapore study shows fossil fuel power generation kills 17 times as many birds per gigawatt-hour of electricity as wind power. And wind farm problems can be overcome with proper siting and improved design. In the Rift Valley/Red Sea flyway, an important area for birds migrating between Eurasia and Africa, BirdLife developed research materials and a web-based tool to map flight patterns and identify places where wind installations should be avoided to keep birds safer.

Plummeting bird populations reflect the state of the global environment — but it’s not too late to do something. As Leon Bennun, BirdLife’s director of science, information and policy, says:


'Effective nature conservation is affordable and it works. It’s time to make it happen. The result will be a world that is in every way wealthier and healthier – and that remains diverse and beautiful too.'

We need birds. Let’s do all we can to avert an extinction catastrophe.