While the Abbott Government defends the rights of racists and bigots, the gas industry is given open slather to attack Australian's fundamental rights to property, water, health and even life — among others. Deputy editor Sandi Keane investigates.

WHEN THE FRACKERS MOVED IN to Wyoming farmer John Fenton’s farm, they poisoned his water, his land, his crops and the very air his family breathed.

It got so bad that, in 2010, the U.S. EPA (Environmental Protection Agency) warned residents of Pavillion, where the Fentons lived, not to drink the contaminated water and to throw open all the windows when bathing or washing clothes to avoid the risk of explosion.

Fenton’s story, as he travelled around Australia recently, is a chilling harbinger of the Faustian nightmare to come as Big Gas stampedes unabated across the country. The imposition of mining interests on public policy, institutional barriers and neoliberal political ideology has resulted in a shameful pact — a government-sanctioned assault on such basic human rights as clean air and water.

The insanity of this big, bold experiment to harvest coal seam gas at the expense of our prime farmland has now basically run its course in the U.S supplanted by the next big bonanza: shale. The average lifespan of a well is 10-12 years so most have spewed up their last drop of gas. The topsoil doesn’t come back after the frackers and wells move in because of the disruption to the water flow. All that remains is worthless farmland and a mammoth clean-up bill for the taxpayer stuck with getting rid of the toxic infrastructure.

Don’t be fooled by the spin about jobs in mining

According to a report by The Australia Institute, mining employs only two per cent of the workforce and the boom in Queensland is likely to destroy one non-mining job for every two mining jobs it creates. The lies from the industry continue to come thick and fast like APPEA claiming to have created 100,000 jobs in 2012 when the Australian Bureau of Statistics puts it at only 9,372. 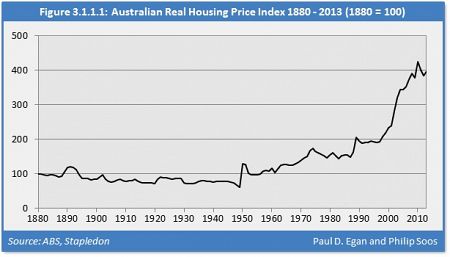 How mining interests have subverted the democratic process

Let’s be clear — the only real beneficiaries are the foreign-owned mining companies and those political parties under their patronage. In the U.S., it’s primarily Republicans and, in Australia, the Coalition.

Big Gas has tried to blame shortage of supply for the hike in domestic gas prices. But the shortage is a result of these self-same companies hoovering up all available gas to fulfill unrealistic LNG export commitments.

In an opinion piece on the current gas crisis in The Australian on 14 February 2014, Craig Arnold, Dow Australia & New Zealand’s managing director lays the blame squarely at the feet of greedy governments:

‘The current policy settings have produced a situation in which Australia's advantage in gas resources is allocated solely to the interests of those whose profit is maximised by maintaining the "cosy club."’

The reference to the “cosy club” underscores the extent of government betrayal. Last August, a Crikey investigation into the lax regulations on Australia’s campaign donations quoted a 2006 report for the National Australia University, saying:

‘... there is a serious danger of corruption […] due to the parties’ reliance on corporate funding. This is most apparent with the Coalition.’

This followed an earlier report on the ‘Rise and Rise of Mining Donations’, showing millions flowing from miners to the Coalition.

In the U.S., award-winning U.S. economist, Professor Robert Repetto, produced one of the best exposés of the hijacking of the American political agenda in ‘America’s Climate Problem: The Way Forward’ [documented by me on 2 December 2012].

Not only can political support be bought, he said, but:

‘It can be bought cheaply, for nickels on the dollar, by interests with deep pockets.'

Not surprisingly, the Wyoming Governor who presided over once productive Wyoming farmland – now crisscrossed by 2,000 abandoned toxic gas wells – was duly rewarded with a highly paid position on a mining board.

The same ‘revolving door’ nepotism has corrupted the democratic process in Australia. For an example of this, see Independent Australia’s investigation into the CSG industry in NSW ‘Getting down and dirty on CSG in NSW’.

Big Gas uses the same spin in the U.S. and Australia

In the U.S., farmers worried about fracking chemicals are fobbed off with:

Whilst in Australia it is:

“They are the chemicals you find in chewing gum.”

We only have to see how Santos tap-danced and obfuscated after it contaminated an aquifer in NSW — all to protect the myth that fracking won’t destroy the Great Artesian Basin.

Thankfully, the Wilderness Society’s Naomi Hogan investigated to get to the truth in spite of corporate and government stonewalling.

Chronic regulatory failure saw a $20 billion multinational corporation fined a trifling $1,500 for polluting an aquifer with 20 times the safe limit of uranium.

Read John Fenton’s story of how the gas industry buried the proof of water contamination to see how much we are being duped.

John Fenton told his Melbourne audience that our regulations are even more lax than those in the U.S. An unlined pond at Santos’ Pillaga operation in NSW surprised him, he said, since even pro-mining Wyoming would have balked at such blatant disregard for safety.

The appalling lack of regulatory oversight is backed up by The Australia Institute’s recent report: Fracking the Future – busting industry myths about CSG.

It underscores the alarming lack of research into the environmental and health impacts of CSG. This is not surprising given the grab for mining donations, royalties and the lure of a secure, highly paid board positions.

The cynical disregard for regulations by the Victorian Napthine Government and its patrons, the oil and gas industry, certainly doesn’t surprise Victorian farmer, Ray Shingles.

His recent diagnosis of thyroid cancer is the likely result of a toxic spill by gas giant, Esso (ExxonMobil).

Mr Shingles and his partner, whose farm in Gippsland is one kilometre from the Esso Longford plant, were subjected to two toxic spills. The first occurred in December 2012 after Esso lost two million litres of crude oil, that leaked into its settling pond. Although it was a sensor failure, Esso claimed no knowledge of the leak for seven days. Ray Shingles couldn’t leave the property to escape the terrible odour because his heifers were calving. His complaints to Esso fell on deaf ears until the media got involved, he said. 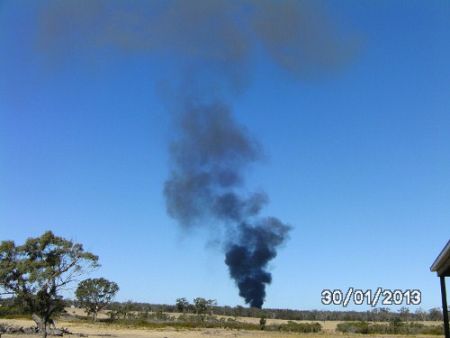 Billowing smoke from another sensor failure at Esso's Longford plant.

On 20 December 2012, the Gippsland Times reported that Esso had confirmed an increase in benzene levels in the settling pond, but denied employee and neighbour health had been compromised.

According to Mr Shingles, he and his partner experienced headaches, nausea and were feeling sick for a week.

Esso’s doctor carried out blood tests on both men and declared no long term damage — but recommended testing every three months.

The second and most damaging incident to their health was the glycol spill some three months later. The glycol ran into the settling pond reacting with the crude particles of benzene still in the water, letting out a very pungent and highly toxic gas.

As Mr Shingles described it to IA:

“We could smell it — it was rotten, like rotten onions. It was unbearable. We couldn’t stay here.”

This was apparently another sensor failure not picked up by Esso, as they denied the accident for four or five days, Mr Shingles told Independent Australia. 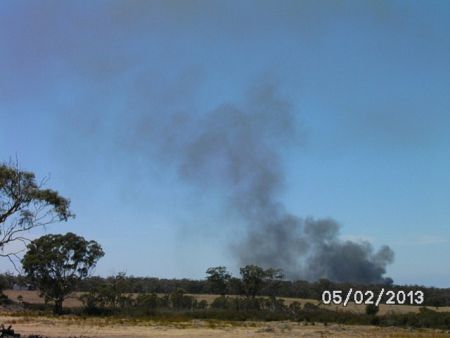 Another sensor failure - this time a gas turbine failure at Esso's Longford plant.

Esso evacuated him and his partner to a hotel in Sale for one night, recommending they leave all windows open overnight while they were gone to ensure the toxic residue didn’t settle. When they returned the next day, the smell was no better.

The result was a nasty skin rash, sore throats and stinging eyes.

When glycol and benzene leaked into the water of the residents of Pavillion in Wyoming, John Fenton told of fingers and toes going numb, seizures, cognitive problems, nose bleeds and chronic fatigue — to name but a few of the health effects they suffered.

Ray Shingles now has confirmed thyroid cancer and is awaiting an urgent operation. His partner’s white blood cells and liver function are, “all over the place”.

Esso has now offered to buy their property, but Mr Shingles believes the offer is $50,000 short of a fair price. Negotiations are continuing.

What about our basic human right to clean air and water?

John Fenton reminded his Melbourne audience that a basic premise as a human being is the right to clean water, clean air — along with the

“... right to live free of someone who wants to make a buck out of your destruction.”

But Australia has no such rights.

In 2010, Australia abstained from a UN General Assembly vote to make water a basic human right. Despite the introduction of the Human Rights (Parliamentary Scrutiny) Act 2011 (Cth), formal recognition and protection of human rights in Australia is still inadequate.

The Environmental Defenders Office (EDO) has proposed a Human Rights Act under which the right to water could be used as a cause of action to prevent/stop pollution of water resources. But a vindictive Abbott government hell bent on kneecapping the work done by EDO to empower local communities has withdrawn their federal funding of $10 million.

Even our basic right to protest in Victoria is now under threat with draconian Bjelke-Petersen-type laws that would criminalise farmers for standing in front of their own farm gate to blockade foreign invaders who want to make a buck out of their destruction.

If this wasn’t cause for farmers to rethink why most of them vote Nationals, the Federal Coalition’s intention to sign the contentious Investor State Dispute Settlement Clause should.

It’s a sell out of our most fundamental right — our constitutional rights.

Former prime ministers John Howard and Julia Gillard refused point blank to sign such a clause when pushed by the U.S. government. If this didn’t ring enough alarm bells for Tony Abbott, Canada’s Quebec government is now being sued for $250 million by a foreign mining company claiming loss of potential profits after fracking under the Saint Lawrence River was banned.

When it comes to multinational mining corporations versus public interest, we can be sure democracy will be subordinated to corporate rule on both sides of the Pacific Ocean.

There is only one way to stop the corporatisation of our democracy — at the ballot box.

As I reported last year, the Greens and Katterites sought to capitalise on the growing controversy of coal seam gas at the last federal election.

We can expect their campaign to intensify at the next Victorian state election.

“We will be there and will warn farmers about voting for the lapdogs and lackeys of the oil and gas industry, namely the LNP and the ALP — but the Nationals are the worst of all because they’re traitors to their tribe.”