UNDER THE Paris Climate Agreement, which Australia signed onto in 2015, we agreed to reduce greenhouse gas emissions as soon as possible. The agreement aims to achieve a climate-neutral world by mid-century, limiting global warming to well below two – preferably down to 1.5 – degrees Celsius above pre-industrial levels.

We then pulled back from this by including a proviso in Australia’s Intended Nationally Determined Contribution to a new Climate Change Agreement (NDC) that reserved the right to adjust our target 'should the rules and other underpinning arrangements of the agreement differ in a way that materially impacts the definition of our target'.

And we tried to have our Kyoto Protocol credits counted as work already done. Prime Minister Scott Morrison has said he won’t use these, but there’s been no update to our agreement to reflect this.

On 5 February, Minister for Energy and Emissions Reduction Angus Taylor released his Future Fuels Strategy: Discussion Paper. It appears heavily concentrated on transitioning to hybrid, rather than fully electric vehicles – and only for commercial fleet vehicles – and already plans for investment in electric vehicle (EV) charging networks across Australia to support this.

On 15 February, Angus Taylor announced the first round of the Future Fuels Fund with named locations to receive EV fast-charging stations. This is very short-sighted. It isn’t a plan to build and drive changes for all Australians to participate in reducing carbon emissions — it’s just for a select few.

It appears from this statement that the focus remains on fossil fuels.

This isn’t a large enough step away from fossil fuel use. We need to be making leaps — for the planet, for species survival and for biodiversity. To meet our international agreements on climate change and to remain world leaders worth following, we need a vision that rapidly reduces our reliance on fossil fuels.

If oil imports were cut off right now, our transport system would grind to a halt in about 54 days as our available reserves are depleted. That’s a little short of the 90-day stockpile we have agreed to hold with the International Energy Agency (IEA) in case of interruptions to supply.

Not all of that supply is stored onshore. In fact, Australia increased its oil reserves last year with a twist — it agreed to store its extra supply in Texas, USA. But, what good is it to us if we can’t get it here?

Imagine how much more robust Australia would be if we began building energy-efficient, fossil-fuel-reduced options right here. Manufacturing them in Australia, for both commercial and private use. Angus Taylor and the LNP want to keep us reliant on fossil fuels indefinitely. This isn’t a plan that targets our goals, it instead limps us forward when we should be striding without deviation toward our climate change obligations.

The benefits of converting to EVs in Australia are enormous.

Switching to electric vehicles means our economy will better withstand disruptions to international shipping routes and our offshore oil supplies.

Electric cars can be powered by renewable energy. This will assist in reducing carbon emissions, thus affecting climate change. There will still be hurdles, including questions around sulphur hexafluoride (SF6) — innovation and research are needed to alleviate concerns that its use increases CO2 emissions. This task doesn’t seem insurmountable, but it does require political and industry will to commence. 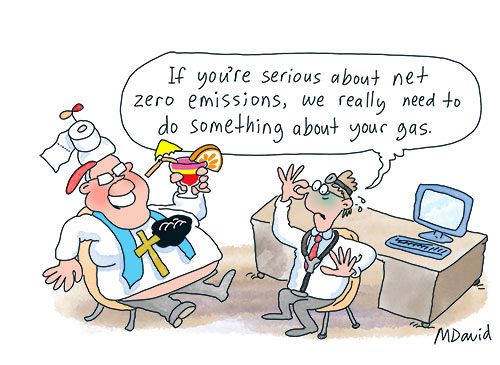 The Coalition will continue to devote taxpayer dollars to deny the science until they are voted out, or until climate change finally wins.

Manufacturing cars here will create jobs and return to Australia an industry that helped to define its identity — it will also boost national pride. This will increase productivity per worker and allow greater income distribution to grow as more jobs are returned to our economy. Components and parts manufacturing will grow and create further employment opportunities. Australia will be back on the technological map and better insulated from future economic disruptions.

Exhaust from fossil fuel cars worsens many medical conditions. Heart disease in particular has been associated with car pollution. We can expect a significant reduction in heart attacks by switching away from fossil fuels.

Farmers will benefit because it doesn’t make economic sense to immediately retire all fossil fuel cars. They can be converted to run on biofuels until they can be replaced. Harvesting Ethanol from sugar cane and biodiesel from hemp could provide more regional jobs.

Australia will be safer and better buffered from disrupted oil supplies, especially as our own refineries are closing down. Our guarantee of fuel security in emergencies is spurious and reliant on many contingent factors, which may or may not be reliable when needed. Any move that minimises our reliance on out-of-reach supplies and builds our resilience is beneficial.

We are spending billions on defence to safeguard our country's security. For a fraction of this amount, we can secure our transport system, slow down climate change, increase economic productivity, create jobs, invest in renewables, expand technical trades, bring back car manufacturing, support regional Australia, increase health outcomes and our ability to respond in emergencies — and boost our national pride. What’s not to love about this?

We need an immediate national emergency taskforce to manufacture electric cars in Australia. Our national security and the local economy depend on it.

Imogen Bunting is passionate about politics and law, political and religious freedom, ethics and accountability, human rights, liberalism and strong and healthy democracy in a robust civil society. You can follow Imogen on Twitter @Twtrrr.