A rise in media bias has resulted in a decline in journalistic integrity and truthfulness in reporting news, writes Laurie Patton.

A RECENT EXCHANGE on social media had me thinking — what is journalism these days? Has it changed as a result of technology? Is it a profession or a craft? What about journalistic ethics?

When Peter van Onselen from Ten News confronted the Prime Minister with a question based on a leaked exchange of messages, allegedly between former NSW Premier Gladys Berejiklian and an unnamed Federal Government minister, was he acting as a journalist or a political player?

Was this a legitimate contribution to political reportage, or a hit job launching a clandestine plot to unseat the Liberal leader?

‘I was provided with the exchange contemporaneously during the bushfires of 2020, two years ago. But the source did not authorise me to use the text messages until more recently. They were provided to me at that time for the purpose of convincing me that there was widespread anger with how Morrison was treating people during the fires.’ 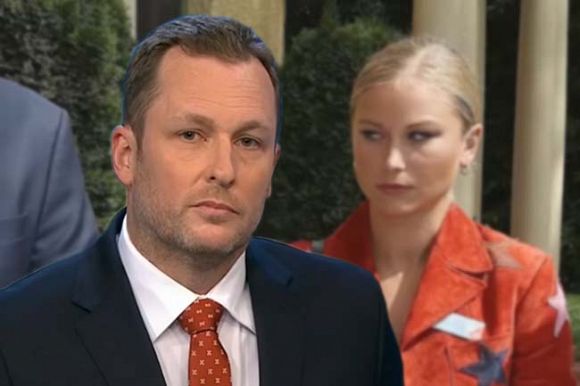 Peter van Onselen's misogyny should be taken off air

Grace Tame’s refusal to appease Morrison with a smile has set off a typical reaction from privileged, middle-aged men, including Peter van Onselen.

PVO, as he likes to be known, has form. When serious allegations emerged involving his close friend, Federal Liberal Minister Christian Porter last year, van Onselen’s ability to report objectively on the subject was questioned — by politicians and others in the media.

With a PhD in political science, van Onselen is well qualified to comment on the detritus in what Scott Morrison calls the “Canberra bubble”. But as Ten’s press gallery lead, is he following in the objective footsteps of people like Laurie Oakes, Paul Bongiorno and the late Paul Lyneham — three of television’s finest political reporters with whom I’ve worked?

One keyboard warrior, in a defence of van Onselen, likened his National Press Club “scoop” to Oakes’ famous grilling of former Prime Minister Julia Gillard. Also at the NPC, Oakes confronted the then Prime Minister with the allegation she’d reneged on a deal with her predecessor Kevin Rudd.

As with van Onselen, Oakes refused to reveal his source. The difference is Oakes had secured a cabinet leak with numerous possible perpetrators other than the two directly involved. In the van Onselen case, there is only one source and the leaker was apparently the other party in the exchange of messages.

One of Australia’s most well-known contemporary international journalists, Peter Greste – who spent more than 400 days in an Egyptian gaol after being arrested on terrorism charges he denied – maintains WikiLeaks is not a news organisation and argues Assange is not a journalist.

“Whether you’re a taxpayer, a citizen, a consumer or a shareholder expecting to live in a free and fair society with peace and prosperity, you certainly need whistleblowers and the journalists prepared to seek out and publish their revelations.”

The MEAA – the Australian journalists’ union – gave WikiLeaks a Walkley Award for “contribution to journalism”.

In an ideal world, Assange would be able to seek his release under laws that protect whistleblowers. There’s no argument; he exposed serious wrongdoing.

It took me about three months to learn the basics of journalism. After a stint in the public service and armed with a master’s degree, I took a lowly job as a researcher on a current affairs program. I worked alongside some very fine journalists. I watched them at work and followed their lead.

Several months in, I accompanied a film crew overseas and successfully produced my first “yarn”. In subsequent years, I worked at each of the three commercial networks, with stints in London and Los Angeles — and the Canberra Press Gallery.

During my time as a journalist, things changed dramatically. Once people did formal cadetships, or as in my case, learnt on the job. Nowadays, there is an oversupply of university graduates with communications degrees.

The majority end up in PR or working for politicians as what used to be called “press secretaries” but are now gloriously titled “media advisors”. Only the lucky ones front up bright-eyed and bushy-tailed, fully skilled and ready to roll on the nightly news.

As the head of news and current affairs at the Seven network, I found no shortage of young guns keen to do “whatever it takes” in pursuit of their careers. For the networks, the excess supply of journalists has been a boon to the bottom line — average salaries these days are way down compared to my days on the road. 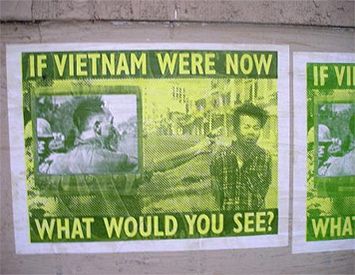 Having been accused of political bias, John Lord examines how deeply this concept is ingrained in our news media.

It’s often said that Rupert Murdoch has never needed to issue editorial directives. People working for News Corp know what to write, or not write, in order to do well.

Once, only a few trusted journalists were allowed to “go live”. Now, every news bulletin is full of live shots. Unscripted (hence unchecked) comments go to air all the time and all too frequently, in my opinion, they wouldn’t necessarily meet the criteria of reporting rather than editorialising.

I recently had lunch with the Vice-Chancellor of one of our universities that teaches journalism. I put it to the VC and a number of other academics at the table that perhaps it would be better if journalism was a post-graduate course completed by students with more traditional degrees, in subjects like law, economics and science.

As we ponder when a journalist becomes a player, it helps to reflect on American socialist writer John Reed’s Ten Days That Shook The World. Covering the Russian Revolution, Reed’s exploits exposed the dilemma facing journalists reporting on events about which they have strong personal or political views.

So, is journalism these days a profession, a craft, or a licence to play?