The PaTH to misery

Recently, an uproar was created by the revelation of Hungry Jack's paying interns $4 per hour, but there's more to the story, writes John Haly.

INTERNSHIPS IDEALLY are supposed to equip young people with valuable skills for the development of modern work in the economy of the future. Yet the Australian Government believes entry-level jobs are logical points for internship training. Why else would Hungry Jack's be the skills development centre for young people seeking internships to launch them into their employment future?

Fast food restaurant employment requirements are low enough in status to be considered entry-level, part-time or second jobs. It is a labour market with large turnover, low pay and requires a skill set an unskilled teenager can quickly learn. The businesses themselves are often franchises with a formulaic capacity to direct food production, staff training and profit margins. 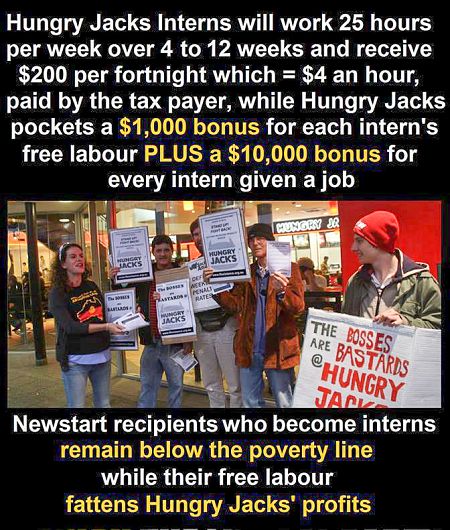 Hungry Jack's is such an environment. While it can be argued that more significant skill sets are available, they would usually only be available to regular employees over time, exemplified by moving into administrative roles such as managing inventory, training and supervising other employees. This is not the training that would be provided to unemployed interns doing 25 hours a week to cover Christmas demand under the Liberal’s PaTH program (Prepare, Trial, Hire).

Social media has been reacting badly to the inclusion of Hungry Jack's in the Liberal’s PaTH program as depicted by the above meme.  Having seen a significant reaction to it in my corner of social media, I thought of expanding on the response it generated, as well as correcting some impressions.

Firstly, the initial statement is technically correct, but it does imply – incorrectly – that the $200 a fortnight is all the intern receives by way of compensation. That is not so. The $200 is on top of their dole payment.  Newstart Allowance maximum is $550.00 per fortnight for a single person. This still leaves the intern with an income less than the minimum wage ($18.93 per hour or $946.50 for an equivalent 50-hour fortnight) and under the poverty line ($433 a week for a single adult living alone or $866 a fortnight). 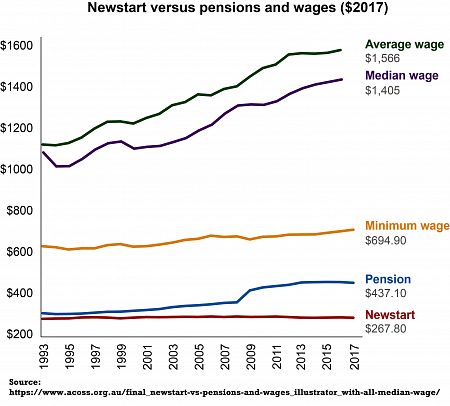 Secondly, because some people don’t even read the meme properly, I have repeatedly read comments that suggest Hungry Jack's is somehow responsible for the underpayment. Morally, perhaps, but in real terms, not at all. The truth is more venal, as they pay nothing for these interns and get a $10,000 bonus if they take them on as staff after the internship. These interns are paid out of the public commonwealth of our government.

Thirdly, young job-seekers don’t have a lot of choice about taking the internship, because their job network provider threatens penalties if they don’t take the “job”.

“It will be compulsory for all young job seekers within the first five months of being in receipt of welfare.” 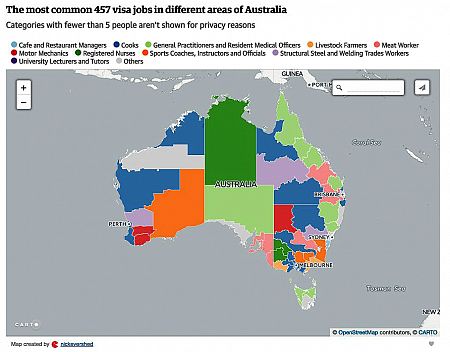 Fourthly, despite some passionate debate on social media, PaTH has little crossover with issues surrounding 457 visas (now called TSS visas) for foreign workers. The PaTH program is aimed at Australian workers on the dole and foreign workers have no access to this. TSS workers already have paid work and their numbers are small relative to the unemployed and job vacancies. Their impact on unemployment issues is highly exaggerated. The previous and current existence of TSS/457 workers were primarily a product of failures in education provision for Australians. Although both groups do have a common enemy, in employers rorting of the system for the exploitation of TSS and PaTH workers.

Fifthly, Hungry Jack’s misuse of the PaTH program was absolutely predictable, especially in their case if you look back to 2011 when they were fined $100,500 after underpaying almost 700 of their Tasmanian employees. The underpayment was over six times the amount of the fine — $665,695 between March 2006 and August 2008. They were a company whose track record demonstrated a predilection for seeking a way to abuse the system. There are no surprises here and very typical of corporate greed expectations.

Those explanations made, let’s look into what PaTH is designed to achieve.

What I am concerned about is that we are missing the longer term strategy about making the Coalition look successful. The Coalition’s PaTH strategy was never designed to work as a method of employing people. You’ve missed the point if you believe that’s what they sought. Some early statistics showed the initial “success” rate of the program ending in paid employment was less than 7% of the advertised unique internship vacancies. While legitimate complaints have said that is an unfortunate result, it was a bonus for the Coalition if they achieved that. A success rate of 7% just gave Michaelia Cash extra ammunition she could and did use. 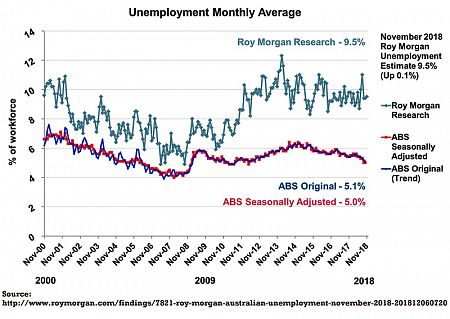 We need to communicate that the combination of ABS methodology for measuring unemployment relies on certain assumptions. For example, if a Newstart recipient works for more than an hour (paid or unpaid) in four weeks, they are no longer registered as unemployed by the ABS. Unemployed people who cannot declare they are ready to work immediately, whether because of other commitments (such as children in the case of single parents), or because they are in a state of dysfunction (disability, for example) that they cannot respond, are also eliminated. Unlike the more reliable Roy Morgan unemployment measures, the ABS’s methodology hides unemployed people. Being on the PaTH program also excludes you from the count. By assuming they were genuinely seeking to have it work to reduce real unemployment means Australians have missed the more cleverly nuanced purpose of the PaTH program. The real political objective is to create an illusion of “jobs and growth”.

While not counting the unemployed, you can guarantee the Coalition is counting any jobs “generated” by businesses that can acquire workers at no cost to themselves. The business makes $1,000 per head and – if they turn out to be exceptional workers – can employ them with a $10,000 bonus for doing so. Free labour and income is a significant boost for any business. Retail and service business are disincentivised from taking on casual staff they have to pay to manage increased demand over the Christmas/New Year period, in preference for the PaTH interns. 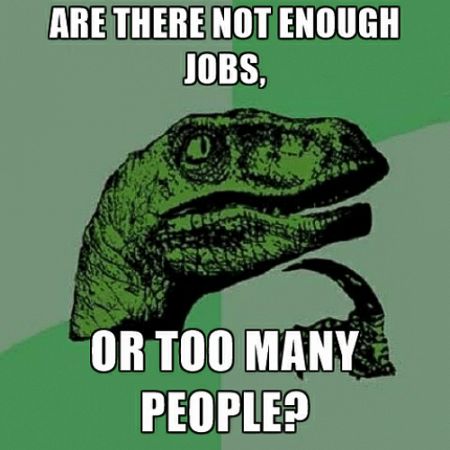 In short, ABS combined with the PaTH interns program is a masterful mirage that, as implemented, will create the “jobs and growth” in all the areas they want it to occur, but none of them the Australian unemployed really need. It is not about jobs but the illusion of them because the Liberals have no plan to generate significant numbers of real paid jobs. Instead, we have this rather ingeniously manufactured neoconservative illusion that is designed to pass back our common public wealth to the private sector, all the while conning the public that they are creating jobs and growth. Entirely predictable, as I outlined back in mid-2016.

Have our unemployment stats dropped significantly after my last PaTH article in 2016, according to ABS? 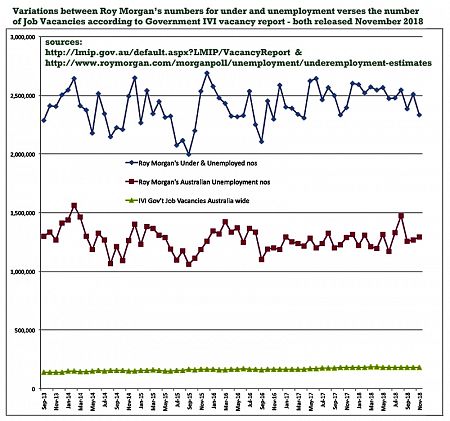 Poor job vacancy opportunities for the under and unemployed (Image supplied)

“I’m not going to say it has failed, but it hasn’t done very well.” https://t.co/GMtMgQRBzx

On top of Australia having the lowest unemployment entitlement in the OECD, we're also forcing young people to become interns, for $4/hr, in roles that would traditionally be fully paid jobs. Like...an internship at Hungry Jack's and cafes. https://t.co/YnBbhQso2m