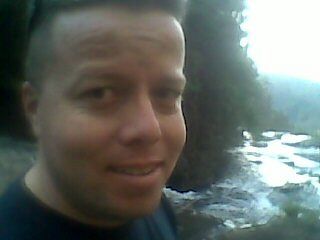 From first-hand experience, I know that the real estate market across Australia – but especially in flood ravaged and penny-pinching Queensland – is in a state of abominable disarray and perpetual downturn. The word getting around the industry at the moment – just ask an honest real estate agent – is that there really isn’t such a thing as capitalism acting as the market regulator; the downturn in real estate is so fundamentally set in the cash economy bedrock that not too many people in the buyer’s market know what the real value of property is anymore.

Most people looking to buy real estate are keeping their cards close to their chest to the point of making sellers nauseous. And the banks – the big four especially – I might say, have never dictated the terms of how much money they are willing to lend to people — or should I say how little? The biggest problem with 21st century capitalism is that the very people who are willing to dish out the money like jelly beans want it all their way without risking a dime of their own money. The ‘very people’ meaning the big greedy banks that keep turning over billions in profits each year but still cry poor.

In other words, when things get hairy and go haywire in the financial market, like we have seen post 2008, 21st century capitalism doesn't commit the banks to losing a proportional share of the money that they often over-capitalise. 20th century capitalism was essentially very different in nature because it was controlled more by corporations and individual entrepreneurs who acted independently of the banks. Capitalism in the previous century was more like playing blackjack – more arse than class – but at least everybody involved was on a much more even keel when things went pear-shaped and an investment turned sour.

The stock market ended the era of entrepreneurs controlling the business world while sitting on yachts smoking cigars, and in some ways that’s a good thing, because capitalism in general needed some long overdue regulation after the disasters that befell the entrepreneurial 80’s. But two decades or so later where, might I ask, has modern day bank controlled self-regulated capitalism got the world economy and the sub-economies like real estate?

The Australian economy is a very dark place at the moment, despite a soaring dollar against the greenback and a commodities market which is still chugging along okay. That’s because the banks have everything tied up in asset form but there is very little in the way of a liquid cash economy, hence for the first time ever in Australia the banks are owed more across the board than how much actual money is in the system to pay back the loans. That’s what happens when banks over-capitalise with their own funds and lend too much money to people on mortgages and credit cards. All the self-regulation which banks claimed would keep capitalism in check has failed miserably. The real estate market in Queensland right now is a definitive example of that. Instead of absorbing some of the losses which they incurred for previous recklessness and over-capitalisation, the big banks are deliberately dragging the real estate market down by undervaluing properties to try and make property values correspond to what they are actually owed, not what most properties are valued at.

In real estate, there are three values that once always counted — the real value, the market value and the bank value. Generally speaking, up until recent times in Australia, banks weren't so cocky that they would underscore the market value of a property. If they did, it might have been something like 5 or 10 thousand. At the moment, the real estate market where I live is in a state of chaotic upheaval and confusion because banks won’t even lend potential buyers enough money to be able to afford what is considered to be genuine market value, let alone the real values of yesteryear. Because so many sellers lent money in good times when valuations were not stymied by the banks and were at least middle of the range, understandably they cannot afford to sell below a base market value price, or else when they go to buy another property market relativity goes out the window and they lose every single dollar below their equity threshold. 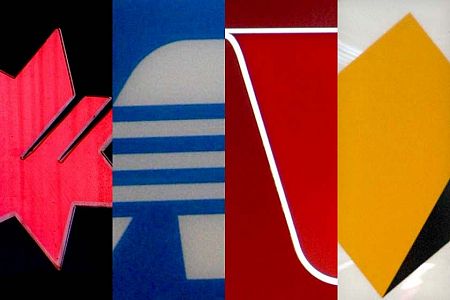 The whole situation in the Queensland real estate market where banks are refusing most of the time to lend enough money for people to purchase properties at real market value is socially destructive and unequitable self-indulgent capitalism.

A layman’s example of what is all going on at the moment in the Brisbane real estate market could be what a real estate agent told me a couple of weeks ago, get this — so many of the flood affected properties in inner city suburbs like Graceville and West End lost half their value, if not more, the day after the flood waters subsided. The owners of the properties cannot afford to lend more money off their bank to make the necessary repairs, the banks are better off not re-processing the properties if the owners default because they wouldn`t even get the money they`re owed if they sold the houses in the condition they`re in, but they still won’t lend money to the owners to make them sellable. In many cases, people are just giving up and declaring themselves bankrupt and walking away with nothing, and the banks in Queensland are going to be left with a heap of crappy houses which aren`t worth peanuts compared to what they previously valued them at. Talk about a vicious circle, but that`s the downside to bank controlled capitalism as seen by a Queenslander.