By Alan Austin | 9 September 2011, 12:00am | comments |
Rarely is a nation faced with a malicious influence which it has the chance to eradicate. Such is Australia's luck today with Rupert Murdoch's News Corporation, owner of The Australian, Sydney's Daily Telegraph, Brisbane's Courier-Mail, Melbourne's Herald Sun and other 'news' outlets.

The Murdoch network in Australia has moved irretrievably away from being a legitimate news provider. It must go.

Essential to free enterprise and democracy is access to information free of distortion. Newspapers are free to say what they will in editorials and opinion pieces, of course. But news data must be untainted.

Most Murdoch publications now openly spruik for conservative politics. Not just in the opinion pieces, but news pages as well. The starkest examples are in the relentless campaign against Labor's economic stimulus packages.

The last time I paid for Melbourne's Herald Sun, 11 March 2010, I happened to be speaking that evening in Melbourne on the media. We read the front page story about hot water units provided to a country sports club, headed in capitals 'YOUR MONEY DOWN THE DRAIN'.

Everyone in the room was furious at the appalling ineptitude of the Government as 'revealed' in the report. We then listened to Jon Faine's interview earlier that morning on ABC Local Radio with the club president. Point by point, he dismissed every 'damning fact' as a damnable lie. At the end of the interview, the meeting was seething with anger at the Herald Sun.

The essential elements of the report were simply untrue. This is not a trivial misdemeanour. The Herald Sun is the largest circulation paper in the country. Readers pay for information. What they are sold instead is systematic deception. While international economists marvel at Australia's success in averting economic disaster as the GFC hit and while environmentalists applaud, the Murdoch media just lie about the programs.

Most Australian journalists honour the Media Alliance code of ethics. All twelve points are now routinely violated by Murdoch employees.

Reporters at Brisbane's Courier-Mail have been dutifully using the news pages to drive a campaign on tracking sex offenders which targets Premier Anna Bligh. In an email from news director Emma Chalmers leaked to Crikey, Chalmers requested

"...the support of the whole newsroom to keep the campaign going". 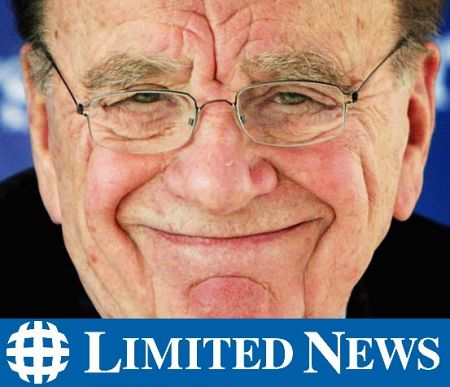 Last November, Herald Sun reporters in Melbourne lied about their identity to ensnare politicians in a British tabloid-like sting. This trashed the last remaining vestige – point 8 – of the Alliance code of ethics:

"Use fair, responsible and honest means to obtain material. Identify yourself and your employer before obtaining any interview for publication or broadcast."

Several recent developments have marked Rupert Murdoch as the head not just of a network of unethical reporters, but of an organisation whose reporters engage in criminal activity.

News International in April this year admitted liability and 'apologised unreservedly' to public figures for the criminal offences of hacking telephones in Great Britain.

These were not isolated acts by rogue reporters. Senior News of the World's staff were arrested and charged in April. Other charges are likely. Ever since hacking allegations at the News of the World were first made in 2004 senior management has blatantly lied about what happened and what they knew.

In his judgment on the wrongful dismissal of Bruce Guthrie the judge said he 'had reservations about a number of features' of the evidence of News Limited chief executive John Hartigan. 'In my view Hartigan was an unreliable witness in respect of the negotiations that proceeded the formation of the contract.'

Kaye was even more scathing of Herald and Weekly Times chief Peter Blunden. "The explanations given by Mr Blunden in evidence," the judge said, "do not survive scrutiny".

Following this year's admissions of criminal conduct in the UK, a video has emerged of Rupert Murdoch refusing to answer and an employee backing down. (First aired in 2009, it has circulated widely since Andy Coulson resigned in January as media instructor to the UK Prime Minister. Coulson had changed desks from senior editor at News of the World to head of Conservative Party media in July 2007.)

The hapless anchor at Murdoch's Fox News begins enthusiastically: "The story that is really buzzing all around the country and certainly here in New York is that the News of the World, a News Corporation newspaper in Britain, used …" "Ah, I'm not talking about that issue at all today. Sorry," Murdoch interrupted. "Okay. No worries, Mr Chairman. That's fine with me."

The message was clear. News bulletins are to advance specific interests, not to inform citizens about issues "buzzing all around the country". And that's fine with Murdoch's people.

For those who value integrity and the free flow of information, courses of actions are available. According to Bruce Guthrie, defeating News Corp – which he did in court in 2010 – is not impossible.


[Demand action on the Murdoch press by demanding an Inquiry into Australia’s media. Sign the online petition here or join the Facebook page here.]

And we can tell our MPs we will not vote for parties which in government or opposition advertise in Murdoch outlets. The current federal Government has strong grounds to do just this, but needs a nudge.

This is a campaign well worth joining by those who recall democracy and free enterprise as it once was. We might even win.

(This story was originally published in On Line Opinion on 7 July 2011 and has been republished with permission.)