The big mistake that Rupert Murdoch made , writes News Ltd executive Rodney E. Lever, was to become an American citizen, because that made him subject to U.S. law.

The big mistake that Rupert Murdoch made in his life, and the one that will likely bring him undone, was his decision to become an American citizen.

When he recited the oath of allegiance, it was almost a death wish. As an American citizen he was now subject to American law.

It was Bob Hawke and Paul Keating who legislated to allow Murdoch to own eight newspapers which, with his suburban and regional newspapers, made him the most powerful magnate in this country.  He was already entering the newspaper business in England and America.

It was always my belief that only one person should own one newspaper.

At the heart of news reporting is accuracy, fair reporting and fair competition in maintaining those principles. That had been the case until Murdoch’s father had added the Adelaide Advertiser and the Brisbane Courier Mail to the afternoon Herald and the morning Sun, in Melbourne. The Norton Truth newspapers, however, were published in three different cities.

The owner of a newspaper should read every issue, should be aware of every story it prints and demand accuracy and fairness from every reporter. Rupert Murdoch didn’t read newspapers. He looked at them. He would spread all his papers on the floor and walk over them looking at the front pages and the headlines.

He was never interested in thoughtful stories or good writing. He wanted gossip and sensation and had no interest in whether it was true, only if it made a good story. When he was suckered into paying a huge sum of money for a faked diary allegedly written by Adolf Hitler, he ran the diary in full in full knowledge that it was rubbish and totally untrue.

Of his history of rivals and outright enemies, no one was more vicious than Robert Edwards (Ted) Turner, pioneer founder of the CNN television news network in the United States.

Books have been written about Turner and Murdoch's long feud. It was one of the reasons Murdoch hired a boxing coach. Turner challenged him to a fist fight. Nothing came of it. It could not have been a fair fight. Murdoch was eight years older than Turner and much less fit.

Murdoch started Fox News in 1996 and became Turner’s principal rival. When the phone hacking scandal broke in England it was Ted Turner who said Murdoch, then 80, should step down.

“Not even Rupert Murdoch should be allowed to break the law,” he said. “He should have known. I took responsibility when I ran my company. You never heard me say, ‘Well, I didn’t know.”

Murdoch’s crime reporters encouraged police officers with gifts, free lunches and cash payments for information. The result over a period was a dark part of history that consumed the once rigid character of the British police. Suspects were bullied – even kicked down stairs and punched – to obtain confessions so officers could sell their stories. Even murders occurred where some police officers were suspected of involvement.

Murdoch’s own 'battle of Wapping', when Margaret Thatcher ordered police to become strike breakers — thumping and bashing newspaper union members who were locked out of their jobs so Murdoch newspapers could be printed electronically with fewer staff.

One writer who recorded this event, Marina Hyde from The Guardian, has referred to Wapping as a three-party pact between Thatcher, Murdoch and Scotland Yard.

'The crucial factor in emboldening serially craven legislators to arrive at conclusions many of the electorate reached decades ago has been the collapse of the tripartite pact by which this country was ruled for so long: an unspoken bond between the government of the day, the police and Rupert Murdoch. Forged in the battles of Wapping, it not only saw each of the powers decline to aggress each other, but gave rise to a progressively incestuous web of relations between the three that became as astounding as it felt invulnerable.'

In the post-Murdoch era, the British police are undergoing their own restoration of pride in what was once the first and finest police force anywhere in the world.

When Murdoch burst into America, his record there was reported in a biography by which writer Michael Wolff was given the opportunity to spend many hours with Murdoch, in which he used taped recordings for their conversations.

When the book came out, Murdoch was furious and used the New York Post to target Wolff in the paper’s gossip pages, accusing him, in Wolff's own words of being 'involved with a woman who was not my wife'.

The paper carried on a campaign of vilification designed to ruin Wolff’s career.

Wolff responded with a threat to hand the audiotapes to rival media, including parts that he had not revealed out of common courtesy. He threatened to release his interview tapes with Murdoch publicly if the bad press didn't stop.

'The way it ended was with my daughter, who by this time had graduated to higher media offices, angrily telling me I had to make it stop - and that I damn well knew how. Ah yes, my Murdoch tapes. Sixty hours of a man who could hardly string two sentences together without wandering off. My threat of wide distribution of the tapes killed the Post story at once.'

Wolff believes the New York Post may soon shut down, but not until after the next presidential election, because Murdoch needs the paper to punch for his chosen candidates.

The paper aparently loses more than $110 million dollars every year, but is kept (just like his Australian papers) as a political weapon.

Many of Murdoch’s other activities have been kept secret from both his own papers and those of his rivals. Some of his investments involve a conflict of interest as a media magnate.

Murdoch has, for example, invested in developing deposits of shale oil in two areas he visits regularly, in the U.S. State of Colorado and in the Elah Valley of Israel. He has used his Fox TV channel to promote shale oil as a useful fuel. It is, in fact, an oil which used in mass engineering and manufacturing could accelerate global warming.

The Intergovernmental Panel on Climate Change is the principal source for understanding the risk of human-induced climate change and the vulnerability of Planet Earth under human occupation.

The days of doubt are over. Deniers like Murdoch and his army of brain-washed editors are the most active in spreading their ignorance.

Once again I quote a The Age newspaper editorial from 1987, just following the Keating media reforms:

'The effective control of the media is the first step on the road to controlling the values and future direction of our society.'

It was a stunning editorial that shredded the Murdoch denials and showed that his personal investments are good reasons to suspect he is burying the truth in a pile of journalistic codswallop.

There may become a day or reckoning for all the Murdoch codswallop if American authorities decide to pick up where the UK phone hacking trial ends. 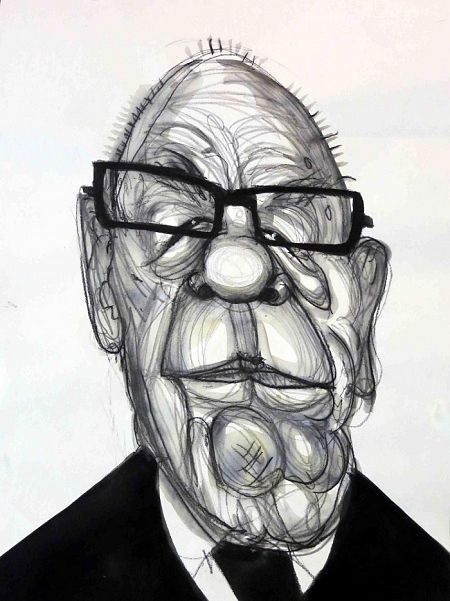