Koalas for coal: Will it come to this in NSW?

Can we have our cake and eat it, or will offsetting cost our natural heritage? Koalas or coal; nature or one-off profits; short-term gain or things of wonder for our grandkids? These are the choices we have to make, writes Dr. Oisín Sweeney.

THE BAIRD NSW government announced prior to the election that it would adopt all the recommendations contained in its recent biodiversity review. It is hard to overstate the magnitude of this: NSW is the most populous state in the country so future pressures on the environment will likely be felt most acutely here.

The state also contains globally significant species and ecosystems, including a large part of the “Forests of Eastern Australia” biodiversity hotspot.

To ensure that we don’t trade development for nature, the drafting and implementation of new biodiversity laws must be done well. The government’s ability to achieve this will determine the fate of the 970 threatened species and 104 threatened ecological communities in NSW.

While there are some sensible recommendations in the review, others may hasten the demise of species and ecosystems. One such example is the “deepening and broadening” of biodiversity offsetting — a “solution” to development that is increasingly applied across Australia and internationally.

If it sounds too good to be true …

Offsetting sounds great. Development, some argue, is inevitable. So let’s offset the environmental damage by recreating or protecting habitat elsewhere. What’s not to like? It’s easy to see why offsetting is attractive to governments dealing with multiple development pressures. It removes the pesky problem of having to make a choice.

But there are major question marks over whether recreating nature is possible. Even if it was, the time lag between the habitat destruction and the offset maturing means displaced animals will be long gone. And protecting similar habitat elsewhere to offset losses results in net habitat loss.

There is a smorgasbord of other problems too. Calculating baselines and conservation benefits is difficult, as is designing effective offsets.

In truth, development is not inevitable and society has a choice as to whether to sacrifice nature for commercial gain. This is why opponents see offsetting as a sweetener to get otherwise unacceptable projects over the line. In essence a political license to destroy forests, wetlands and anything else that stands in the way of development. 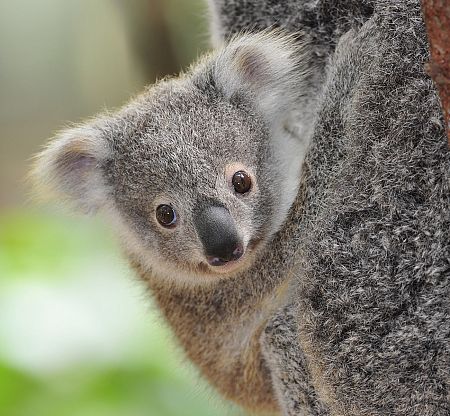 When is an offset not an offset?

Some of the complexities in offsetting become clearer when we consider a couple of examples. One hypothetical but certainly possible, and one currently being considered. Let’s start with the hypothetical.

Coastal Upland Swamps in the Sydney Basin Bioregion are endangered at both state and federal level. 83 per cent of coastal upland swamps lie on the Woronora plateau with an area of occupancy of <4500ha. Only 8.6 per cent of swamps on the plateau are in reserves and all are critical to the communities’ survival. This is because of the highly specific set of variables required for swamp formation, which makes recreating the community nigh on impossible.

Unfortunately, the swamps lie on top of a seam of valuable coking coal which Wollongong Coal extracts.

Advice from the Independent Expert Scientific Committee on Coal Seam Gas and Large Coal Mining Development (IESC) indicated that swamps would be impacted by mining via subsidence and cracking of the beds of swamps causing water loss.

As yet, Wollongong Coal has not been required to find offsets for their activities. But what if it had? Or has to in future? The biodiversity review recommends that a monetary payment would suffice in the absence of a “like for like” offset.

So it seems that there is now no unacceptable, “red flag”, development. Money solves all problems. Even were payments ring-fenced for nature conservation, it is a prime example of a perverse outcome: the destruction of one ecological community is permitted for the ‘benefit’ of another.

As a society, we need to ask whether a payment constitutes an acceptable offset to future generations for the loss of an ecological community. 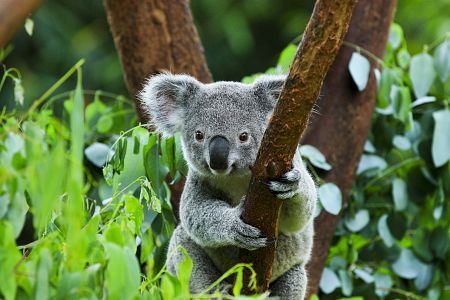 The Gunnedah district is home to the largest inland population of koalas in NSW. This results from the presence of food and shelter trees, soil type and groundwater availability. The Breeza plains near Gunnedah is the site of the controversial Shenhua Watermark coal mine proposal, approved by the NSW Planning Assessment Commission on 28 January.

The mine is predicted to remove 847ha of preferred koala habitat over its 30 year life. But assessments also predict groundwater drawdown in the adjacent Breeza State Forest. The shallow aquifer is considered important as it is within reach of tree roots, resulting in better food for koalas — essentially groundwater dependency. Impacts to the water table would therefore likely result in a drop in habitat quality for koalas.

Offset proposals include replanting or encouraging regeneration of food trees; using Breeza State Forest as an “avoidance measure” and the rehabilitation of 2357ha of koala habitat on the mine. Although the offset sites support similar vegetation communities to the mine, the aquifer is at a lower depth and the trees cannot access groundwater. Hence the offset is highly unlikely to ever reach the same quality for koalas as the mined area.

Plus, although koalas can use young trees for food, there will be a time lag of 10-20 years in the creation of suitable feeding habitat. When we consider that koalas need tall non-feed trees with dense foliage as temperatures rise, the lag may be closer to 100 years.

These offsets are likely to be woefully inadequate, and are not truly “like for like” as groundwater and shelter trees have not been considered. This starkly illustrates the problems in defining suitable offsets. 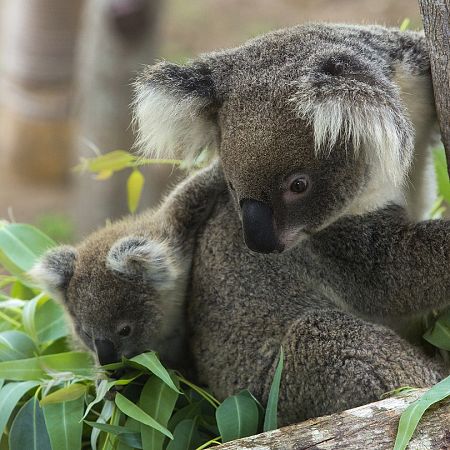 What does the future hold?

The NSW government has committed to a draft of the new legislation by November and looks likely to go way beyond the recommended framework for offsetting laid out by a Senate Inquiry in 2014.

Leaving aside the fact that the testimony from some of Australia’s leading scientists rubbished offsetting, the Inquiry recommended that offsetting be used only as a last resort, that a list of “red flag” areas should be developed and that a consistent national standard be adopted based on the federal model. None of these are on the table in NSW.

All the evidence suggests that the NSW government is accelerating down a road to ruin, scattering out short term Band-Aids as the juggernaut thunders on.

As always, we can’t have our cake and eat it. Koalas or coal; nature or one-off profits; short-term gain or things of wonder for our grandkids: these are the choices we have to make.

Dr Oisín Sweeney is a Science Officer at the National Parks Association of NSW.

For more articles you don't find in mainstream media, subscribe to IA for just $5.