IA editor gets legal muscle in battle against NAB

Contributing editor-at-large Tess Lawrence now has some hefty legal muscle on her side to even the odds in her epic seven-year court battle against the National Australia Bank.

In a dramatic power shift in her fight against the National Australia Bank and the McKean Park Solicitors bankruptcy, Melbourne based high-profile solicitors Lewenberg and Lewenberg will now be representing journalist Tess Lawrence, Independent Australia's contributing editor-at-large.

In what is believed to be a legal first in Victoria for a non-lawyer defendant, after a seven year gruelling battle against the NAB, three of them in the Supreme Court of Victoria where she never missed a day, pitched against the NAB's formidable legal artillery, his Honour Justice David Beach set the Trial date for 26 September 2011 — a triumph for Lawrence and self-representing litigants everywhere.

But the Trial was to end up proceeding in Lawrence's absence through PTSD and other illness, triggered by an alleged death threat and attempt to get her to change her evidence by lawyer Richard Ashley of McKean Park Solicitors on 9 May 2011 in the Melbourne  Magistrates' Court, where Lawrence was seeking a rehearing into an alleged debt.

McKean Park Solicitors subsequently bankrupted Lawrence in Court proceedings conducted in her absence through illness — that very absence and illness being caused by them.

In both cases, Lawrence provided all parties and the Courts with medical certificates and psychological reports.

Lawrence's claims are contained in a Sworn Affidavit for the Trial prepared for her by lawyer Phil Grano, from the Office of the Public Advocate and in other Affidavits and Pleadings, evidence and documentation.

In the Public Advocate Affidavit, it was revealed that, prior to the trial, the Law Institute of Victoria had inexplicably seized files belonging to Lawrence that were being kept for safe-keeping in a private non-client filing cabinet in the Murrumbeena office of solicitor Ross Delahunty.

The Lawrence files were the only documents removed from this private file.  Moreover, Mr Delahunty informed representatives from the LIV that Lawrence's documents were in the filing cabinet, but that she was not a client.

The documents included Court documents dealing with the NAB and McKean Park cases.

The lawyers acting for the Law Institute of Victoria in the seizure of the Lawrence documents from Delahunty's then office were none other than McKean Park Solicitors, Lawrence's bankruptors, whose lawyer caused her illness and court absence.

Despite a last minute pro bono representation on September 26 and 27 by Ian Freckelton SC, to seek an adjournment of the Trial on behalf of Lawrence and despite written evidence from eminent forensic psychologists Michael Crewdson and pro-bono in-Court evidence, consultation and a diagnosis report by Dr David List, former head of the Psychologists Registration Board of Victoria, Associate Justice Gardiner denied the adjournment.

The consultation, report and attendance of Dr David List had been ordered by His Honour.

On February 24, 2012, in the Court of Appeal, their Honours Justices Kyrou and Nettle adjourned Lawrence's case sine die.

Lawrence had been incorrectly despatched to the Court of Appeal by officials at the Federal Court, after being erroneously directed to the High Court.

An official from the High Court expressed surprise at this — and despatched Lawrence back to the Federal Court.

Lawrence has still not got a correct and intact transcript from an earlier January 31st hearing before his Honour Justice Jessup in the Federal Court.

Justice Jessup has persistently refused Lawrence a transcript of the hearing at which he denied Lawrence the right for an extended time to lodge an appeal against the Bankruptcy Order executed in her absence.

(The Judge has discretionary powers to provide a transcript.  Lawrence is under financial hardship)

Lawrence was only 12 days outside of the appeal time and was unaware she had been made bankrupt.

A friend and journalist colleague intervened and paid for Lawrence's transcript but Lawrence has yet to receive a completed and correct transcript from Auscript — the organisation that holds the national contract for Federal Court transcripts.

The transcript contains evidence critical to Lawrence's defence and pleadings, including action to annul the unlawful bankruptcy and removal of her personal possessions and professional equipment, including more court files.

On May 12, despite her property still being under legal contest, and despite the Court of Appeal's sine die adjournment, the NAB nonetheless put Lawrence's Woodend property, Islay House, up for auction without her knowledge.

Lawrence has been documenting her experiences in Independent Australia and is also producing a reality TV documentary video series. The articles have resulted in dozens of horror banking stories about the NAB and other banks, including articles by film producer Matt Norman, Lynton Freeman and Professor Evan Jones.

She is also preparing a submission for the Senate Inquiry into Banking.

An announcement about Alex Lewenberg's appointment was scheduled for next week, but this is a case of good news travelling fast.

She has confirmed that she is instructing Alex Lewenberg, whose firm also represents the Hodson children (whose fight for justice Tess has championed in these pages) and Nicola Gobbo.

"It is difficult for me not to get emotional about Alex Lewenberg's extraordinary, kind and generous offer to be my pro bono legal champion.

"I have never doubted the veracity of my claims against the National Australia Bank or McKean Park, but I have been confronted with constant abuse of process and unlawful acts but because I am a lay person with no choice but to be a litigant in person, I am sorry to say that for the most part one is treated with palpable contempt.

"One Magistrate, who was entirely disinterested in the merits of my case, or the evidence supporting it, blithely uttered publicly words to the effect that if  he granted me a re-hearing he would be opening the floodgates to self-representing litigants.

"Mr Lewenberg will bring a tectonic shift to the feral attitude of the National Australia Bank and its lawyers.

"The National Australia Bank, their lawyers Turks Legal, McKean Park and the Bankruptcy Trustee they appointed, Anthony Cant, have treated me like legal roadkill.

"But I've strapped myself to the ropes on this - and not just for me.  As [managing editor] David Donovan pointed out, what is happening to me, can happen to anyone – and does – on a weekly basis. Every time I go into Court, I take all those people with me for inspiration.” 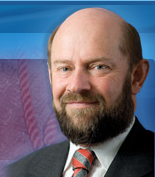 It is believed that Dr Ian Freckelton SC is to be briefed by Mr Lewenberg.

Lawrence has made no secret of the fact that Freckelton would be on her legal Dream Team if she had her druthers.

She confirms discussions with Dr Freckelton.

"I have the most profound respect for Mr Freckelton as I do Mr Lewenberg. To me they are both men who are unafraid of seeking Justice in those cases where she appears to have gone AWOL — and they seem unafraid of ' the system. '

"I notice that they both have a keen sense of humour. And great compassion.

"To have these two Pantheons of the legal profession in my corner would be an honour."