Wikileaks and the Prince Andrew debacle

Why is the taxpayer funded British Royal family above official scrutiny in Britain? With the revelations from Wikileaks about Prince Andrew, William Gladys asks: what other secrets have they they don't want "commoners" to know?

It is to be expected, therefore, that the Australian and British Queen, her British Prime Minister David Cameron and her officials will have braced themselves for further embarrassing revelations.

However, if the British taxpayer swallows hook line and sinker the government’s “threatening national security” propaganda statement – something that will be eagerly disseminated by a complicit establishment media – they will, sadly, gulp down anything put before them. To imply that the ‘ordinary’ person in Britain and, by association, the rest of the Queen’s realms, should not query the establishment jargon “that WikiLeaks revelations are a threat to national security” is by its very inference a governmental own goal. Furthermore, the widespread use of the emotive phrase “in the interest of national security”, aims to coerce and mislead by tapping into the nation’s conscience and  stir emotive feelings of allegiance, loyalty, guilt and patriotism. That, of course, is administrative propagandist gobbledegook, designed to hoodwink and misinform—an ogre that must always be questioned painstakingly whenever its hideous head appears.

Indeed, but for WikiLeaks revelations, how on earth would the people of the Commonwealth, Australia, and the British voting public gain knowledge of the lies, deceit and dishonourable acts being perpetrated on their behalf? Since we cannot expect the Queen of Australia and her British Ministers to keep us informed, common-sense tells us that we have no option but to rely on the democratic Australian Mr Julian Assange, or other like-minded people, to provide the voting public with the truth.

Indeed, the furore generated by the parliamentary expenses scandal in 2009/2010 has ensured that the integrity of British members of parliament is no longer something that should be taken for granted. So, why on earth should we trust the politicians we have elected to tell us the truth in other matters? 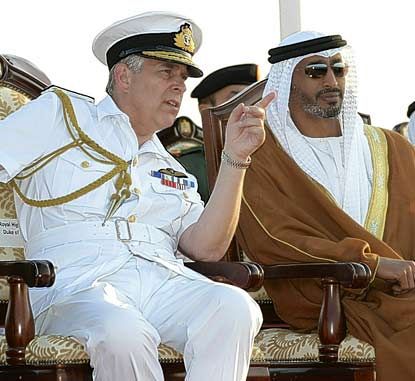 Undeniably, the disgraceful racist and ignoble behaviour of Prince Andrew (factually) Andrew Battenberg, and his problematic global business deals is a prime example of selective non-disclosure by our elected representatives. Likewise, we cannot rely on the FOIA, Freedom of Information Act in Britain to keep the public informed. This was     demonstrated recently by New Labour, when the high-handed decision was taken to not publish details of the thousands of politically persuasive green ink letters sent to Government officials by the unelected Prince Charles Charles Battenberg. That was a disgraceful example of political selectivity, aimed at protecting royal hereditary privilege in the guise of an interfering royal politician, while rudely ignoring the interests of the British electorate.  A shameful imperious establishment verdict that was acknowledged, but not condemned, by the fawning British media; this may be seen as a dereliction of journalistic duty that totally at odds with public interest and their ‘right to know’. Indeed the act of keeping information under wraps from the public in this case, indicates positively, that something politically sensitive and controversial is being concealed from public scrutiny. Perhaps, in the future, another seeker of the truth like Julian Assange will publish on the web – in the national interest, of course – copies of every single campaigning letter sent by Prince Charles Charles Battenberg to the public’s parliamentary representatives? Indeed, it could be that matters relating to the monarchy and its role in Australia could also be part of this implied secrecy, thereby denying investigation in the public domain by the people of Australia.

This raises the question, would the British electorate and its Commonwealth allies such as Australia have been properly informed about the unsophisticated and nation damaging behaviour of Prince Andrew Andrew Battenberg without the WikiLeaks disclosures? I think the answer to that is a shameful and resounding NO!

Britain’s monarchical Establishment and its autocratic heirs and successors are constantly awarded special favours; commonly referred to off the record and off camera as constructive discrimination. This is clearly evident in the example of ‘Prince’ Andrew and his role as Special Representative for International Trade and Investment.

HRH the Buffoon, on pages twelve and thirteen of the December 4th, 2010 edition of the Daily Mail is a highly revealing piece of journalism, which divulges a sickening insight into the British establishment’s deep-seated sycophancy and idiocy whenever its unelected royals are perceived to be under attack. In many respects the comments in the article mirror sycophantic sentiments frequently seen in the Australian media and shamefully aired by some members of the Queen's Australian government.

Although the reaction of the Queen’s Ministers to the ‘Prince’ Andrew fiasco was unsurprisingly peppered with verbal sycophantisms and much obsequious bowing and scraping, I was still anticipating someone in government to kneel before the Queen (Britain’s unelected Head-of-State) and seek forgiveness, or offer an apology for her son – the officially appointed representative – and his boorish bad manners. It was astonishing when this did not, in fact, take place—not in public, at least. Off camera, I suspect it was a very different matter—with the regal wrist being admonished by a sycophantic caress from a government toady wielding a fluffy imperial feather. The serious damage to Britain and its monarchy is incalculable, but it seems certain that other members of the Commonwealth, Australia and New Zealand, for instance, will in future wisely distance themselves from this royal buffoon and those who associate with him.

Therefore, what explanation is our government giving us for keeping this racially prejudiced buffoon in office? Why wasn’t he sacked and hastily ejected from the government department that employed him when his outlandish and damaging behaviour became known? (I suggest that it was known long before the WikiLeaks revelations.) Why was he allowed to disregard Ministerial directives and expound his own harmful agenda?  Furthermore, if the allegation that members of his team felt he was “mentally challenged” during business meetings (Daily Mail Dec 4th, 2010) was true, why was this shortcoming not observed by his governmental boss, or by the board of interviewees at the time of his interview? If, indeed, he was actually summoned to attend a selection board, but if he wasn’t, then why not?

Furthermore, his racist remarks and accusations of corruption towards France are deplorable—why was he not recalled to London to explain his damaging comments before he could inflict further damage?

Equally as bad were his appalling comments about the Serious Fraud Office (SFO), which had been instructed by his mother’s government through legislation to uphold the law and investigate any suspected fraud.

Many taxpayers in the British Isles, I am sure, would expect this single statement, let alone all the others, to be adequate reason for removing him from his job, but as far as I can gather he is still there. Perhaps those in government who are complicit in all this, and by association allowed it to happen, should also be in the spotlight and themselves be subjected to intense scrutiny over this highly questionable employment decision?

It was mentioned that he is not paid a salary. That may well be the case, but I wager his alleged junketing, high life, and at least six permanent travelling staff, far exceeds the outlay of a yearly salary that would have been paid to a competent and highly productive businessman. Moreover, if he is given expensive gifts by his wealthy contacts abroad, shouldn’t this be classed as a form of income and be subject to tax, or, because of his privileged position, be given to the exchequer for the benefit of the nation? As an aide reportedly said: “One can only guess what was in those bags,” (Daily Mail, 4-12-2010).

The issue of taxable income brings me to the sale of his mansion in Sunning dale, Berkshire where, allegedly, a contact of his – a political high flyer in Kazakhstan – paid £3,000,000 above the asking price of £12,000,000. This, of course, begs the question: why the added £3,000,000 when it was known that the property was difficult to sell? Moreover, if this property was his registered main residence at the time of the sale, then presumably no Capital Gains Tax was liable. However, if it was not his main residence then, like the rest of us, he should be held responsible for settling any tax on the gain with the Inland Revenue.

Finally, what message is it that the Queen’s government would like us and distant members of the Commonwealth to take on board over this intolerable ‘Princely’ conduct?

It suggests that no matter where people in Britain or the Commonwealth such as Australia for example are employed, it is permissible to verbally offend France and the French people, and ostensibly other countries, without fear of retribution, loss of job, demotion, or reprimand of any sort.

Anyone can criticise or condemn official bodies, such as the SFO, and get away with it.

It is permissible to harass, insult and cause acute embarrassment in the work place to colleagues wives and go unpunished?

Anyone can express improper cockiness, arrogance and rudeness in business matters on behalf of a government, and not be brought to book.

Anyone can undermine the credibility of institutions and not be held responsible for their idiotic lack of judgement.

So it seems that we have to bid a sad farewell to British integrity, and      usher in instead appalling misconduct, arrogance, injudiciousness, class divisiveness,  boorishness, racist insults and other negatives too numerous to mention. Of course in many respects British and Australian integrity stem from the same source, but it is hoped that quite soon Australia will make the democratic decision to go it alone, ditch the repulsiveness of the British Monarchy and its unelected Queen and become a people-powered Republic of high integrity.

Consequently, will this pampered royal be isolated from government employment and removed without delay? Or will those in the Monarchical British Establishment – who appointed him to a place of trust in the first place – do nothing? Or will they, after due consideration of the damaging evidence, gain wisdom from their costly mistakes, and circumvent embarrassing situations in the future by taking positive action and dismiss the culprit now.

An astonishing but pertinent quote from the Daily Mail (6-12-10) is “…but who is going to put their career on the line by criticising a member of the royal family”? Is this the type of despotic democracy that monarchical Britain is so keen to export to so-called “backward” undemocratic countries throughout the world? Is this the repressive democracy that they wish to impose on the people of Britain and its Commonwealth allies such as New Zealand and Australia? What impertinence, what two-facedness—no thanks to that, but a resounding yes to real change.

Nevertheless the long-suffering people of Britain wait in hope for positive action and a fairer democracy, but unfortunately the nation of Britain is lumbered with an intractable doctrinaire British establishment. An establishment that is reluctant to face the facts and bite the bullet about this controversial, highly damaging and obnoxious affair. While in the meantime, the dust-ridden creaky monarchical Britain of the 21st Century, sadly continues to carry all of us, including Australia, in its blind anachronistic backward route of prolonged democratic neglect.
REPUBLIC British Government British republic corruption discrimination Prince Andrew racism WikiLeaks
Recent articles by admin

The loyalties and loves of Australia's ruling family

The extravagant hypocrisy of a royal wedding in broke Britain

Wikileaks and the Prince Andrew debacle