Why having our own head of state is important in Asia

While doing business in Asia, Dr Robert Smith says colleagues are puzzled by how Australia's links to the monarchy are consistent with a separate Australian identity. He says we cannot afford arrangements that don't survive the laugh test. 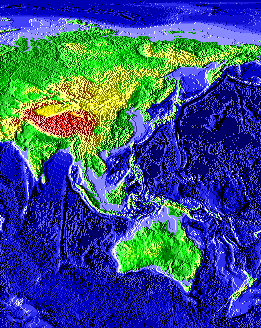 As a multicultural state of British origins, we are a curious beast to Asian eyes. Because we are neither British nor American, but related to both, we get listened to when they may not. But because we are a small, settler state located on the southern fringes of Asia and the Pacific we are also an anomaly.

In view of our strong strategic and economic interests in Asia and strong recent immigration from Asia, how we are seen in Asia is highly significant. We would like to think that we are seen as what we are—an independent and tolerant state with democratic institutions and a strong open economy.

However when the going gets tough, less flattering images are still close to hand—the very visible shadows of the White Australia policy, persistent failure to ensure justice for Aboriginal Australians, resistance to conspicuous foreign investment from rapidly developing Asian economies, and a default position of favouring ties with European and European-derived societies at the expense of neighbours in Asia.

Being an anomaly is a risk. Cutting the risk demands action on a number of fronts, especially closing the gap between our domestic preoccupations and our external relationships. Because in Australia as in other representative democracies it is true that ‘all politics is local’, this means hard work for our political, public sector, community and business leaders. However the international context in which Australia prospers makes it important that we lift our sights.

For this reason the case for becoming a republic with our own head of state needs to take into account how we present ourselves in Asia. The long, iterative road to practical independence from Britain and the feelings of cultural identity with a country many of us rarely if ever visit are important to our sense of history and identity. We cannot and should not wipe any of this away. But taking the final constitutional step of arranging our own head of state is essential if we are to persuade Asian states that we are truly independent.

How much this matters is often hard to see at home. However in Asia it hits like a brick. On a visit to India when my passport still had ‘British’ on the cover, our tour leader made it a debating point that, because we were still subject to the British crown, we were not really independent. At the time I argued that it was just a technical point. But he kept on going. More recently, I have found that Asian colleagues do try to understand how our links to the monarchy are not inconsistent with a separate Australian identity—they are clearly puzzled. They remain polite for as long as they can. Then knowing smiles break through. The going can easily get tough for us in Asia and we cannot afford arrangements that do not survive the laugh test.
REPUBLIC INTERNATIONAL arguments for a republic Australian head of state Australian republic benefits of a republic British Crown Crown Independent Australia
Recent articles by admin

Why having our own head of state is important in Asia