Why are monarchists silent about Prince Andrew? 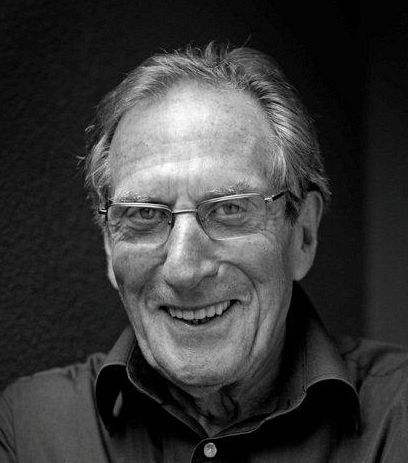 Australians for Constitutional Monarchy (ACM) is strangely quiet on the shenanigans of the 4th in line to the “throne of Australia” and this puzzles Barry Everingham.

Prince Andrew, the Duke of York, has only his grandmother, his brother and two of his nephews buttressing him from ever succeeding to what David Flint laughingly calls “the Australian throne”.

Now, Flint  (the co- owner of ACM and the editor of its website on which he totally, and  without shame, promotes his way-out right wing political views which, equally as strangely, happen to coincide with those of his great mates—the former seminarian and current opposition leader pro tem Tony Abbott and the egregious, sneering and – as it has emerged – misogynistic Alan Jones, whose disgraceful rudeness to the Prime Minister on his radio slot will go down in the annals of Australian broadcasting as pure bile) will as a rule on his site mention anything to do with the royals, using the writing style and language which was dumped three decades ago in women’s magazines and which today sounds oddly grandmotherly, especially when used by a man.

But, with the world’s media showing more than just a passing interest in Andrew and his alleged dealings with Middle eastern potentates (in all cases dictators), it is surprising that Flint isn’t showing any interest and indeed must be agonising about the outcome of the seedy revelations which those close to what’s happening are saying mean there is no way the British Government will allow him to continue swanning around the world promoting British trade.

Now, this is the man who could one day be seated on Flint’s “throne of Australia” yet he is in no way promoting Australian trade, but rather the trade of a foreign country.

I just don’t get it — perhaps Flint can explain.

Now Flint is a strange bloke and his feline attitude to those who dare disagree with his out-dated, and out moded views on the foreigners who can claim his “Australia throne” gets very catty indeed.

He’s a great one for smoke screens. He stupidly and incorrectly accuses his enemies – those who have the temerity to disagree with him – of wanting what he calls a “politicians’ republic”. It’s as though he believes what we suffer under now isn’t a “politicians' monarchy”.

So, for Flint’s information let’s put him right on a few points.

The Queen is paid by the hapless taxpayers of Great Britain to be head of state and a few of her royal relatives are on that gravy train as well.

This makes the Queen and those she pays from the taxpayers stipend public servants—no more and no less.

Now, like all public servants the Queen does as she is instructed by her political master, the Prime Minister of the day. He or she may change and his or her governments may change but the monarch’s obligation to the incumbent head politician does not.

As an example, when the Queen or any members of her family on the government payroll travel officially, their speeches are written for them and enunciate quit clearly the policies of the government of the day and, if necessary, British expertise is promoted.

The same applies to the Queen’s viceroys in Australia.

The current Governor General, Her Excellency Ms Quentin Bryce – one of the most distinguished Australians ever to grace the post – was hauled over the coals by the troglodytes of the Murdoch tabloid media because she undertook a tour of Africa early in her reign. A tour she was instructed to take by the prime minister of the day, Kevin Rudd.

Her Excellency had no choice and by all accounts the tour was a resounding success in every way.

So let’s not get too carried away by Flint’s disparaging of those who see him for what he is—what we see isn’t all that illustrious.
REPUBLIC INTERNATIONAL ACM Alan Jones Australian republic Australian throne David Flint Julia Gillard Monarchists Prince Andrew The Queen
Recent articles by admin