The republic, monarchies and gender equality 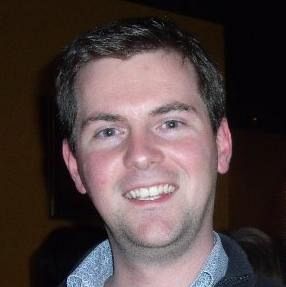 For gender equality, as for human development, it is the political climate that matters and not whether a nation is a republic or a monarchy. Lewis Holden analyses the stats.

SUPPORTERS of the monarchy love to bring out all sorts of statistics, such as the UN's Human Development Index (HDI) as proof monarchies are superior to republics. Aside from the fact that none of these measures look at whether it matters if a country is a republic or monarchy (the Middle Eastern oil states do very well in the HDI because of high GDP per capita ratios, Cuba does well because it fudges its births and death statistics to make it appear Cubans live longer than Americans). Nonetheless, sometimes you just can't twist the statistics to suit your argument. Take the just-released "Global Gender Gap" study by the World Economic Forum (WEF). This seems appropriate as Women for an Australian Republic have just refreshed their website, which is looking very sharp.

The top-ranking country is Iceland, a north Atlantic republic, followed by fellow Scandinavian (often called "Nordic" or North European) countries Norway, Finland and Sweden. That's two monarchies and one republic, although the Swedish monarchy and Norwegian monarchy are substantially less powerful than Britain's; the Swedes stripped their king of all his powers in 1975 and vested the residual powers in the parliament's speaker. Topping the Anglosphere (the English-speaking countries or the Commonwealth plus the United States, Fiji, Zimbabwe and Ireland) is New Zealand at number five. All those years under Helen Clark must've paid off, albeit the current government also has a number of women in prominent positions. Since the top four are all Scandinavian countries which are a mix of republics and monarchies, it seems that the political culture of these countries matters more than whether they're republics or monarchies, which is also the case in New Zealand. 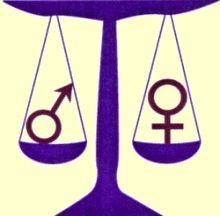 Of the top 25 countries, 14 (56%) are republics (although that includes Cuba, which is hardly a liberal democracy and also probably lied to the WEF as most communist states seem to - I don't think any of the Castro family's women are let near the reins of power!). Meanwhile at the other end of the scale monarchies including Oman, Saudi Arabia, Morocco, Jordan, Qatar and Bahrain all fare pretty poorly. Of course, using the same logic as the monarchists this would mean that monarchies are worse for women in terms of gender equality. However, as with most monarchist arguments, it's a bit more complex than that. The truth is that political culture matters more - as you can see, all of those countries are in the Middle East. Clearly the political culture of Scandinavia favours closing the gender gap, while the middle eastern states do not.

As mentioned, the Anglosphere doesn't do too badly. Of the top 25 New Zealand is 5th, republic of Ireland 6th, South Africa 12th, the United Kingdom 15th, Sri Lanka 16th, United States 19th, Canada 20th, Trinidad and Tobago 21st,  Mozambique 22nd and lastly Australia 23rd. Julia mustn't have been PM long enough for her rank to count! As with the Scandanvian countries, the English-speaking world is divided between republics and monarchies and varying political cultures, but compared to others we do pretty well for ourselves. I fully expect these statistics to be spun by the monarchists as showing monarchies are more gender inclusive. They already do it with the HDI data, after all.
REPUBLIC arguments for monarchy gender equality Human Development Index Monarchists myths Republics versus monarchies
Recent articles by admin