Gerry Georgatos puts forth a different argument to what other researchers believe, in that COVID-19 will lead to an increase in suicides.

AT THE SAD, tragic postvention level, the youngest suicide I have responded to has been of a nine-year-old child. At the onerous life-saving prevention level, the youngest suicide attempt I have responded to was of a six-year-old child. Through assertive outreach and intense psychosocial support, I fought to save the life of this young child, to make sure she never attempted suicide again.

It should be unimaginable that children so young contemplate suicide. Tragically, the suicide of children is an increasing crisis and a leading cause of death.

I work near exclusively with people living below the poverty line, this has been my lot for 40 years — the homeless, the marginalised, people in prison, people leaving prison, vulnerable public housing rental families. The nation’s prisons – more than 100 of them –  are filled with the poor. According to the Australian Bureau of Statistics (ABS), nearly 90% of the total prison population has not completed year 12. For our First Nations sisters and brothers in prison, nearly 100% have not completed secondary schooling. 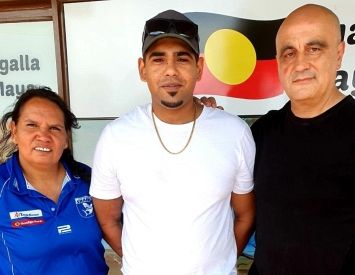 Working with tens of thousands of our poor has brought me to the intersection of their worst despair — suicidality. The majority of suicidality leads to various negative aberrance, disordered thinking and cognitive narrowing. However, there is an increasing sliver of suicidality culminating in suicide.

Suicide takes twice as many Australian lives as all other forms of violence combined, including homicides, military deaths and the road toll. The factors that can culminate in suicide are preventable — let us always foremost understand this and not short-change the argument to the reductionist and minimalist in that suicides are a complex issue. For those of us who work on the front lines of suicidality, we know all too well which factors take lives.

Throughout the last decade, the predominant focus of my work has been responding to suicidality and I have worked with sadly more than 4,000 people. Some of these people, without in-person support, would not be here with us today. I have been at the forefront of elevating the argument of suicidality as an increasing crisis and the need to disaggregate to categorical risk groups and risk factors.

So, what you are about to read may come as a surprise. Earlier this year, the intersection with the COVID-19 pandemic led researchers to claim a potential spike in the national suicide toll, as high as a 50% increase. At the time, I argued we may actually see a decrease.

The lowest quintile of income has always accounted for the most significant proportion of the national suicide toll. People do buckle under socioeconomic stressors which can lead to pronounced multifactorial stressors such as displaced anger, lateral violence, emotional and psychological self-abuse and abuse of others, intrafamilial disputes and diminution and fallout that can bring people into confrontation with “community”.

Let us never forget this: the poorer you are, the higher the likelihood of suicidality.

Before COVID-19, the majority of people, as fathers and mothers or as individuals, lived their socioeconomic stressors relatively isolated. For many, bankruptcy carried a shameful stigma. The inability to afford essentials for family or for oneself impacted in self-destructive ways.

COVID-19 brought the majority of Australians in a shared understanding that socioeconomic stressors impacted the many and were not effectively isolated to the fewer. The failure of small or large businesses, the failure of family businesses, the loss of a job, the prospect of bankruptcy, standing in a Centrelink queue were no longer shameful and stigmatised but rather a communal reckoning.

While others argued a potential spike in suicides, it was my argument that at worst we would see much the same or fewer suicides — but with the exception of one population risk group which I will refer to a little later in the article.

My experientialism reflects similarly of the suicide toll of most of Australia’s state and territory jurisdictions. If what I have described continues, 2020 may record nationally the lowest suicide toll in several years. 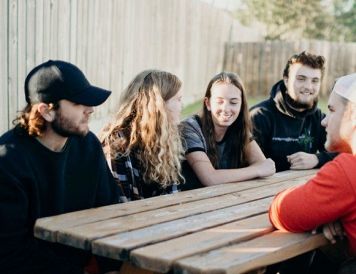 Sadness, depression, trauma and suicide can be better dealt with if we look to its social and economic causes, writes Gerry Georgatos.

I have spent a decade supporting individuals and families affected by suicidality mostly through assertive outreach and intense psychosocial support and, where possible, working to improve their life circumstances. As I leave at long last the suicide prevention space and, in what years remain of me, return to a dedication to international aid, I leave you with the arguments and the imputations of the above.

I will continue a dedication over the next year to young people leaving prison and projects to improve their life circumstance. I also live with Parkinson’s disease and it was time for me to reassess where best I can serve sisters and brothers.

Australia’s high suicide rate is underwritten by acute poverty, disadvantage and marginalisation — that should make no sense in one of the worlds wealthiest nations.