Today is the day known as Labour Day in Queensland and the Northern Territory. It is an important annual event that commemorates the granting of the eight-hour working day for Australians and remembers those who struggled and succeeded to ensure decent and fair working conditions in Australia. As Queensland unionists today break out their hats and placards, it is a time to consider the wider significance to the labour movement with its connection to the Australian ideals of mateship, egalitarianism, and the larrikin spirit, writes history editor Dr Glenn Davies. 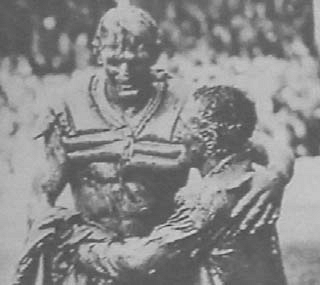 The word ‘mate’ has a long, proud and distinctive history in Australia. From Broome to Omeo, “G’day mate, howya going?” is the familiar phrase all Australians instinctively understand. It’s a part of the national lexicon found nowhere else in the world. One result of the prevalence of the 'mateship' culture is that Australian society is stringently anti-hierarchical. Mateship is the antithesis of class structure inherent in the British monarchy. It is with a ‘Mate for Head of State’ that Australian sovereignty would reside fully in the Australian people and not in the British monarchy.

Labour Day, like Anzac Day, is a day when we remember the sacrifices our forebears made: the mateship, the loyalty and the determination to build and protect the freedom and rights we now enjoy. Both are also occasions when we recognise the ongoing struggles of today and thank those standing beside us in the fray.  Today, we celebrate those workers and union delegates who stand alongside their mates and colleagues to preserve and better the working conditions of all Australians. For like Anzac Day, Labour Day is – above and beyond its historical significance – a day in which all Australians can celebrate our egalitarian society, our innate sense of fairness and equity, and our willingness to campaign side by side for a better world.

The term ‘mateship’ can be traced back to the early convicts and was likely to have formed out of the predominantly Irish working-class egalitarianism present in British society in early colonial times. The harsh environment in which convicts and new settlers found themselves meant that men and women closely relied on each other for all sorts of help. In Australia, a 'mate' is more than just a friend. It's a term that implies a sense of shared experience, mutual respect and unconditional assistance.

Originally, ‘mate’ was a bit of a blokey term. A century ago, our great poet, Henry Lawson wrote a short story entitled Mateship. Lawson said the grandest of mates were two blokes. But Lawson was also good enough to concede that “the creed of mateship” could extend to an old mate’s wife or daughters. A search of Hansard reveals that ex-Liberal Senator Amanda Vanstone was one Australian woman more than happy to call even her political opponents ‘mate’. Today, many young women sprinkle the term ‘mate’ around as often as men.

Mateship is a term frequently used to describe a relationship during times of challenge. The popular notion of mateship came to the fore during the First World War. During this period, the word 'mate' became interchangeable with the word 'digger', which had its roots in the gold digging fields of the 1850s. Gold diggers were portrayed in stories and songs as romantic heroes, larrikins and villains who embraced the principles of democracy.Mateship was defined through the experience of trench warfare, concentration camps, hunger, injury, forced labour and the boredom and terror of war 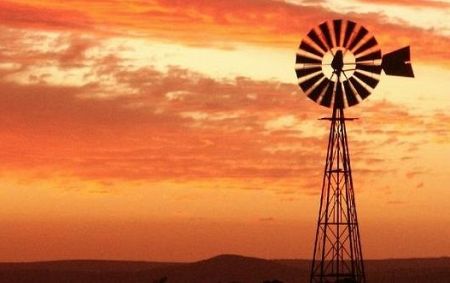 In her 2011 Australia Day speech in Adelaide, Prime Minister Julia Gillard praised the spirit of ‘mateship’ and ‘a fair go’. Gillard spoke glowingly of the Australian spirit of informality and lack of deference, “the informality that rejects deference and snobbishness and makes it all right to just call out ‘Julia’.” She talked of mateship in the Changi prisoner-of-war camp and compared it to the courage shown in the flood crises around the nation in 2011. Gillard paid tribute to “working Australians” and again spoke of “the dignity of work” in a society where success is defined “by your preparedness to work” and where “demography is not destiny”. Prime Minister Gillard said Australians would be celebrating Australia Day “from the rock to The Rocks” and said her message was:

“don’t let go — we will hang on to our Aussie mateship and our Aussie fair go in the worst of times and in the best because we are Australians”.

The mateship culture, combined with the original convict and then colonial culture, has created an irreverence for established authority, particularly if it is pompous or out of touch with reality. Australians are expected to behave with humility and not think of themselves as better than their peers. Henry Lawson wrote in Shearers:

They tramp in mateship side by side -
The Protestant and Roman
They call no biped lord or sir
And touch their hat to no man!

At present, our Head of State is Queen Elizabeth II. While many Australians are fond of her, she belongs to a family and culture on the other side of the world that doesn’t place the same premium on ‘mate’. One can hardly imagine walking up to the next in line for the crown, Prince Charles and saying “G’day mate, howyagoing?” The British monarchy reflects values that no longer reflect Australia. It is hereditary, sectarian and British. An Australian republic on the other hand would be democratic, egalitarian and most importantly Australian.

As Aussies we recognise that individual achievement rarely occurs without a helping hand from others. We value independence in a community minded way. Despite our differences we all know that when adversity strikes, whether in the form of bushfires, floods or international conflict, there’ll be a fellow Aussie to help out. It’s the tradition of the digger, the character of mateship and it’s still the essence of the Australian spirit. So as unionists "tramp in mateship side by side" through Queensland's cities and towns today let's remember that Labour Day is about family, freedom and a fair go.