Well, goodness gracious me—our friends the Monarchists are up in arms because the Australia Day Council of NSW had the temerity to invite a foreigner, Sir Michael Parkinson, to deliver it’s keynote address for our National Day. Barry Everingham explains.

A foreigner...well...just like our Head of State in far off London, in fact!

The difference is that Parky has spent much more time in Australia than the Queen – having lived here on and off for 30 years – is more relevant to the people and draws far bigger crowds.

It’s not hard to imagine the indignation in the drawing rooms of Sydney’s Northern Suburbs – the hub of national unreality – about this latest affront to our sacred and sacrosanct Constitution.

Apart from whinging about Parky, the piece fawningly reports on chief monarchist David Flint's equivalent keynote address to this year's Victorian Australia Day Council event— something that seems to have failed to attract any other media attention whatsoever. What it doesn't mention is that last year it was Prince William who gave the keynote address at the official Australia Day event in Victoria. Prince William is, of course, about as English as soggy chips, yet monarchists were delighted when he appeared.

Parkinson, who originally hails from the coal-pits of North Yorkshire, came out expressing unqualified support for Australia becoming a republic.

"Why should Australia not be a republic? It's its own country, its own man,'' he said.

"I find it, in a sense, incomprehensible that it's not that now.''

Of course, Parky's views are nothing new to Australians, especially those who have travelled overseas. He just reflects what you see all over the world when a foreigner finds out that Australia has the British Queen as its Head of State. Their reactions move from surprise - to disbelief - to incredulity -  before finally settling on amusement and slight pity, as they are shocked to learn that Australia still makes do – after all these years – with a foreign monarch as its most important official. It's nothing short of embarrassing.

In his Australia Day message on his monarchist blog, David Flint flies into a seething tirade against republicans.

In equal parts enraged, derogatory and pompous, he accuses Republicans of Marxism, prejudice, vandalism, wanting to destroy Australia's institutions, and yes, even of wanting to get rid of the English language:


"If they were to succeed would they then target those other British gifts, the rule of law, juries, the common law, the Westminster system, and yes, the English language? It is all so infantile, so divisive."

Has he gone mad?

Then he has the temerity to say that republicans are racists, with a hatred of all things English:


"It is just that they have a profound and intensely racist hatred of anything remotely English."

Who does he think he is, this blow in from Indonesia? For his information I can trace my family back to 12th Century England. The majority of republicans, like the majority of Australians, have family ties back to Britain. We are proud of our heritage, but this doesn’t mean we have to grovel to yesterday’s forms. Forms that simply do not fit in with modern egalitarian Australia. 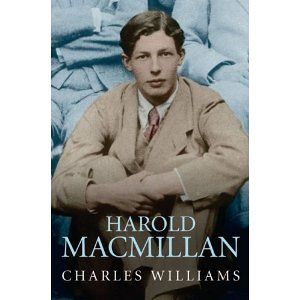 All Australian monarchists would do well to read Charles Williams’ gracefully written biography of Harold Macmillan (Phoenix Paperback, 2009). They would learn that "Super Mac” actually regarded the Queen as a cipher—there to do the bidding of the Prime Minister without question.

The cat’s been belled. The Queen does as she’s told—in other words, she’s an expensive ornament. In that role, she might be OK in England, but she has no place here.

It's time to move on.