In “British Subject” Nation, 6 April 1963, pp.15-16, Dutton argued that Australia should declare itself a republic, elect its own governors, abolish the use of the word “British”, and substitute “Australian”. This ar ticle prefigured the framework of the late twentieth century republican debate with its associated issues of Australian identity, allegiance, the role of the governor-general and the irrelevant anachronism of the monarchy.

No doubt Dutton’s 1963 article raised the idea of republicanism as an alternative but it was Donald Horne’s The Lucky Country in 1964 that put the republican debate back on the public agenda. Horne argued that the ceremonial clinging to Britain was part of Australia’s “delusional structure” and that, in a sense Australia is a republic already”. He was unsure how or when Australia would become a republic but saw it happening within a radical national framework. He continued that:

“To some Australians of fifty years ago ... the radical position then was to be anti-British, to develop an Australian nationalism and to dream of an independent Australian republic.” 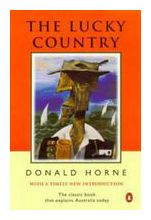 Horne went on to suggest a minimalist approach to the appointment of a President. After The Lucky Country, Horne took up the republican theme in The Next Australia in 1970, Death of the Lucky Country in1976, and The Queen and his satire His Excellency’s Pleasure, both in 1977. In 1970, although Horne could not predict the event that would be the catalyst for the establishment of an Australian republic, he argued the apathy that was developing towards Britain would propel the movement towards an Australian republic. In his 1972 national analysis, The Australian People, Horne argued that political nationalism, as expressed through the desire to establish an Australian republic, had received little support from the 1880s onwards. Instead, the more usual attitude was “self-congratulatory on the moral advantages of belonging to the British Empire.” Australian political dissatisfaction with Britain was expressed only within this context.

Geoffrey Dutton, whose ancestor Francis Stacker Dutton had been Premier of South Australia and a republican, in 1966 attempted to enhance the popular republican debate when he organised a symposium on the “Monarchy in Australia” in which Donald Horne and others argued the republican position. This was the first detailed discussion in the twentieth century of the arguments for and against an Australian republic. Dutton and Horne were both writers and public commentators by occupation and neither were exactly populist. The republican debate was an intellectualist debate rather than a popular debate.


One of the contributors, Max Harris, looked back on these times:


“We thought the sky was certain to fall down, and us with no place to hide ... The sky didn’t fall down. The only thing that was deafening was the silence.”

This could well be due to Dutton’s observation that throughout much of the twentieth century, particularly in the Menzies era, republicanism was relegated to the margins of political debate. 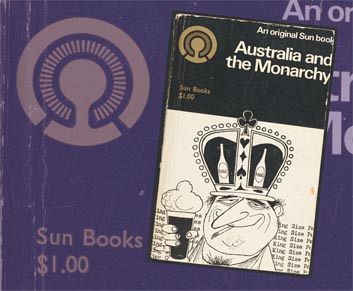 The journalist Peter Coleman’s reflection on his contribution to Dutton’s 1966 Australia and the Monarchy was the basis for the development of his thesis that the republican debate was based on sentiment rather than argument. He contended that the battle between the republican and monarchist positions was a “non-issue, a phoney debate.” Coleman proposed that there were three types of republicans in 1960s Australia: the “Hipsters” whose use of lampooning the Queen was most evident within satirical magazines such as Oz; the “Shock Therapists” such as Donald Horne who wanted to shake up the Australian elite and give Australia a new identity; and the middle-class educated “Squares” who were determined that political change should be a matter of growth, of development within national traditions. The traditions that Coleman was referring to included the monarchy. The republicanism of Coleman’s “Squares” was based in their sense of identity and determination to preserve Australia’s identity. It was these middle-class educated republicans that Coleman saw as the “only genuine republicans.”

So, on the birthday of Geoffrey Dutton’s Nation article, it is an appropriate time to raise our glasses in memory to two great Australian republicans, Geoffrey Dutton and Donald Horne, and say “Three cheers to the coming republic”.