Maryam Berenji: Cities, community and the importance of public space

Public space is a fundamental ingredient in our cities because it is a platform where people can voice their ideas and make a change.

Our beaches, parks, and streets are the common territories where the public can connect.

By coming together, we can reinvent our local communities and be proud of the cities we live in.

As citizens, we have a right to our cities and we need to embrace our unique multicultural heritage, and transform our ideas and beliefs into action. If our government bodies don't support us, then we need to start from a bottom-up approach and make our cities open and safe places for everyone.

Landscape architect Maryam Berenji is a construction project officer at the City of Wanneroo and teaches design in the Master of Urban Design program at the University of Western Australia. Having grown up in Tehran, Maryam provides a unique insight into the political power of public spaces in Iran.

I think for me one of the important things is the social side of these kinds of spaces. These spaces act as a witness for history and for many things that happen. For example, in Tehran, there is a square, the Azadi Square. Azadi means freedom.

Adazi Square witnessed a contemporary history of Iran, the Islamic Revolution, war and recent movements for freedom. People didn't have the power to protest so they just moved to that square and it was a kind of silent protest. They were all silent and they all gathered in that place. When people don't have any rights or any power to stand and fight for something, I think public spaces are the only place they can go and at least be silent, even or show their protest.

Even this simple action shows how powerful people are as a collective. Ordinary citizens can actually re-imagine cities. However, in order to make a difference, we firstly need to come together as equal members of the community." 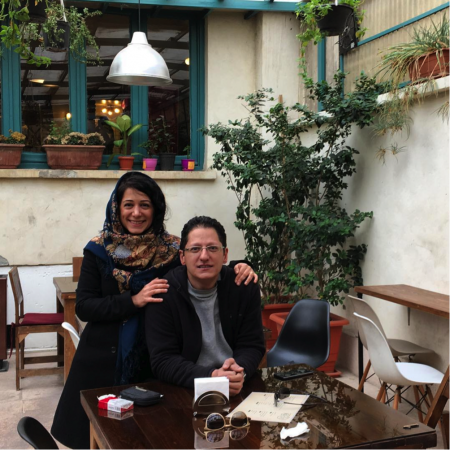 Maryam Berenji (left) and a family member in a coffee shop in Tehran (Image supplied).

I think one of the reasons that public spaces are not really famous in Perth, perhaps, is that still there is a line and boundary between different people in a public space. But in other countries, such as Germany or Turkey, there are a lot of people from different countries and no one really cares who you are and you are all mixed in public places. And everyone has a sense of belonging and they can claim, "This is my space!" because they have that sense and feeling. But in Perth, you don't have that because there's a boundary.

I remember the place that I grew up — my parent's apartment. When we moved there it was still like a construction site in front of our block and no one knew what would happen to that. At some stage, we were told that should be a park there and that area should be a public open space. And then, suddenly, one day we saw a big moving truck full of steel parking there. The whole community was shocked. We asked them, "What do you want to do?" They said, "We want to make a steel shed, big shed like a storage [space] for the city, for that council."

All the city was shocked … and the people decided to protest and go to council — and they changed it! Even in a non-democratic situation, the structure, they changed it. But most of the time, we don't think that we have this power and we don't say anything but we should say and we should do! Even small things. Yes, we have this right! 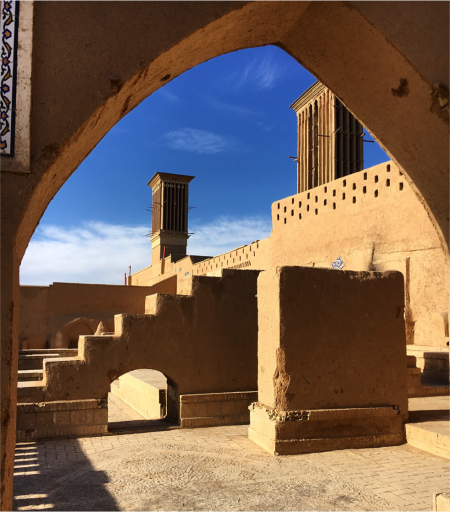 Melissa Soh is in her final year of a Master of Architecture degree at the University of Western Australia. This is one of eight articles featuring urban designers and the different facets of public space.

Check out this piece on the importance of public spaces where people can restore & share compassion. https://t.co/venLLTmOIt

Great article on the importance of art in public spaces. Much more than just making developments look 'pretty'. https://t.co/SATm0ndEcg

Maryam Berenji: Cities, community and the importance of public space

3 July 2017, 4:30pm Public space is a fundamental ingredient in our cities because it is a platform ...
Join the conversation
comments powered by Disqus
News updates