Christina Amphlett — rebel with a cause

Australia mourns the passing of one of the country’s most iconic rock stars — the lead singer of the Divinyls, Chrissy Amphlett. Jenny LeComte remembers a legend. 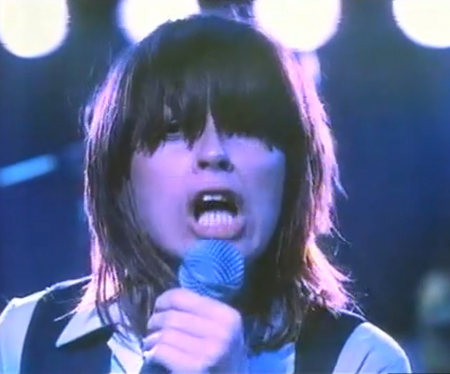 AFTER BEING IMPRISONED for three months for singing on the streets of Europe, she appeared destined to have a career without the benefit of radio airplay.

However, Geelong girl Christina (Chrissy) Amphlett was a survivor up until her untimely death from breast cancer two days ago (21 April 2013) at age 53.

The Divinyls lead singer left home as a teenager and travelled to England, France and Spain where she was promptly nicked, and that could have been the end of the section.

However, she met up with guitarist Mark McEntee in 1980 and formed the Divinyls in Sydney. They went on to release five studio albums, which yielded as many hit singles in Australia. One of their earlier hits was "Science Fiction".

The novel is set in Melbourne in the mid 1970s. Nora is a single parent with a stable job as a teacher, but she lives in an inner-city shared house, part of a bohemia of students, musicians, and actors ... and junkies. Nora falls in love with Javo, an actor and an addict. She drifts away from him and he drifts away from her. The harder they pull away from each other, the tighter the monkey grip.

Among the songs that made up the soundtrack was All the Boys in Town:

And the touching Elsie:

Chrissy continued her career without mass airplay until 1991, when I Touch Myself reached number four on the American Billboard Hot 100 charts on the strength of the first Austin Powers movie, and in spite of its controversial chorus:

I don't want anybody else

When I think about you

Chrissy Amphlett toured on-and-off with her band throughout the 1990s and again from 2006 to 2009. She married former Divinyls drummer Charley Drayton in 1999 and released a well-received autobiography: Pleasure and Pain: My Life, in 2005. For the past 14 years, Amphlett had been living in New York City with her husband, whose recent credits include work on the Fiona Apple album The Idler Wheel…


‘With her force of character and vocal strength she paved the way for strong, sexy, outspoken women.’

She also noted that Amphlett had hoped “I Touch Myself” would inspire women to perform regular breast self-examinations.


‘Our beloved Chrissy peacefully made her transition this morning. She succumbed to the effects of breast cancer and multiple sclerosis, diseases she vigorously fought with exceptional bravery and dignity. She passed gently, in her sleep, surrounded by close friends and family.’

(For more information about breast cancer or to contribute to the National Breast Cancer Foundation, please click here.)