Megan Krakouer speaks out with frustration against governments and institutions and promises to hold them to account as a vital suicide prevention program remains unfunded.

I AM IN A SPACE where human life is on the line. This has been my journey for the last several years. I see people die before their time.

I have become angry, mad. It is not enough to have the heartache or wrench the gut as one of my dearest colleagues – suicide prevention warrior and social justice legend, Gerry Georgatos – once said. This article is a window into the intense journey that has become my lot, packing away forever once carefree times.

My eyes opened to the darkness that can be the world, that can be people – even those who you should be able to trust – when I commenced working for Knowmore Legal and finished up contributing to the Royal Commission into Institutional Responses to Child Sexual Abuse. To ensure voices were heard by the Royal Commission, my then colleagues and I visited 27 adult prisons in three States. We also visited more than 30 regional communities. Their stories broke my heart, gave me understandings of mangled lives, shattered spirits.

During one of my regional visits, half a decade ago – in Kununurra – I met a gentleman who would change the direction of my life. I was with colleagues — lawyers Kim Farmer and Edie Coe. We stayed at the cheapest motel. There was only one other person staying at the motel. It was a 42-degree day and Kim went for a cooling swim in the motel pool. A couple of hours later, I left my room to share a quick dip in the pool. Kim had met Gerry — and they had talked for two hours. Gerry was wearing these bright yellow shorts. Kim said, “You’ve got to meet this man".

Gerry was in Kununurra, on his own as part of suicide postvention project. He was responding to three suicides of young people in the East Kimberley. 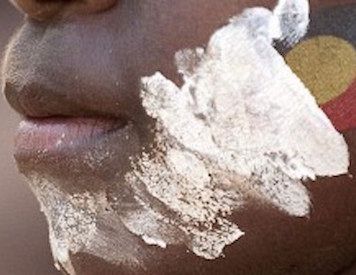 A couple of years later, I would join Gerry at the National Indigenous Critical Response Service, where he was the inaugural national coordinator of the responders. My life would never again be the same, as I walked into the homes — into shattered lives following the suicide of a son, daughter, sister, brother, mother, father. I learned from Gerry to give everything we can and then some, and understand that in doing so, as Gerry says, “We have shared love, made them our own”.

Gerry and I would often work outside the remit and respond to suicidality — fight to save the living and not just be there in death. Gerry left postvention in April last year to attempt Australia’s first fully outreach suicide prevention service. I dumped my job security and soon followed. Soon after, Gerry was diagnosed with Parkinson’s disease, but he did not let this get in the way.

I had thought I had seen it all with the Royal Commission and then as a postvention responder, but it has been another grim reality check at the suicide prevention level.

Together, we have battled to establish the National Suicide Prevention & Trauma Recovery Project (NSPTRP). We have come into contact with a staggering number of people – on average, more than 200 unique people each week – mostly First Nations, but also a significant proportion of migrant born and other Australians. We work with only those living below the poverty line, including the homeless and people in prison and leaving prison. This has been a cumulative journey I will never forget. In one year alone, we are more than 10,000 people old.

18-year-old Harmony is about to complete her Certificate 3 in Civil Construction. Only three months ago she was stuck in a cell in WA's only prison for child offenders, until a new program for Indigenous kids reached out to her. pic.twitter.com/gF2ZoHOEk2

We have changed lives, transformed lives. And this has brought me celebratory joy. We have saved lives, in fact, never lost anyone to suicide. And this has brought mind-settling relief. But I am angry, too — very, in fact. The "mad" I described at the beginning of this article. We are not funded and yet we are the only service of our type — 100 per cent assertive outreach. We see more people than any other service like ours, anywhere, does. More seriously vulnerable people are referred to us by funded government and non-government services every single day. We are tapped into by every service — without remuneration.

For the record, Gerry has worked these last 16 months mostly pro bono; and I too for long stretches. In fact, Gerry has donated what is in fact a sizeable fortune in the last 16 months to run this service — to keep people alive, to make tangible their hopes. This is actually sad, as Gerry has raised many tens of millions in funding dollars for all sorts of life-changing projects that others lead.

I am angry at the National Indigenous Australians Agency for thus far failing to fund the First Nations component of this one-of-a-kind lifesaving service. They may still choose to do so, but I will nevertheless call the NIAA out for all the lives lost that could have been saved these last 16 months. The NIAA – a supposed Indigenous bureaucracy with a white man at the helm – reckons it represents my First Nations peoples. Well, forgive me for not believing this. But I will save the running down and exposing of the NIAA for when I’m with them in person some other day.

The focus must remain on those left behind and made invisible.

I am likewise angry at the West Australian Government, that laps up symbolisms for my peoples, insults us all with the endless game of "consultation", that turns my peoples against each other.

I am humbled to give everything I can to my peoples through the NSPTRP and also with my work with the National Justice Project.

This last year of lifesaving work, the opportunity, I owe to my big-hearted colleague, Gerry, who sadly is moving from suicidality work to do incredible work once again in international aid. In suicide prevention, he was a warrior, a lifesaver and his expertise should have been the benchmark. We will continue for a while to come together in a couple of projects with youth, but the news of his incomparable contributions in suicide prevention coming to an end has already shell-shocked many families.

I learned from Gerry to “mouth what the heart knows”.