It might seem amazing, but David Flint's Australians for Constitutional Monarchy seem to think that motivating their supporters to waste their time in photocopying the Flint newsletter and mailing it to republicans is a productive use of their time. It does serve some purpose, as it gives republicans a good laugh after seeing the sort nonsense and misinformation peddled as fact by the David Flint ACM to its supporters; like, Australia and New Zealand becoming republics will somehow turn these countries into Zimbabwe...really?

The chair of the New Zealand Republican Movement, Lewis Holden, is currently the subject of one of these campaigns, which can only possibly have intimidation as its motivation. (Psst...Flinty...mate...I don't think the tactic is working!)

Lewis Holden has been sending his own letter back to his newfound friends: 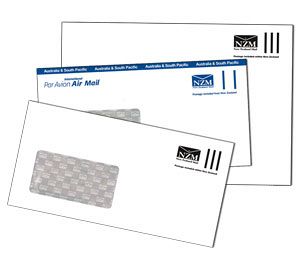 Thank you for your letter, containing a copy of David Flint's column dated 3 October 2010, and the copy of the United Nations Human Development Index 2009 with both "New Zealand" and "Zimbabwe" highlighted. There certainly is a huge gap between the two, isn't there?

I've got about five letters like yours in the mail, so forgive me if I send five letters exactly the same to your friends at the ACM. I'm impressed - you're very well coordinated in your letter writing. I've got exactly the same letter five times over. Oh, thanks for the sticker telling me to sign up for Professor Flint's newsletter. I'm already a subscriber to the newsletter, it provides as much entertainment as The Onion.

I used to write a lot of letters on behalf of Amnesty International to various world leaders, asking them to release prisoners of conscience. I believe in individual rights you see. You might be surprised to learn that I sent a lot of those letters to the Kings, Queens and Sultans of our region - Cambodia, Thailand, Brunei, Tonga, Malaysia, Papua New Guinea and the Solomon Islands. The last five are members of the Commonwealth too! Interestingly, there's a large gap between these countries and New Zealand as well. Well, except for Brunei - they've got a lot of oil so that means they get a high HDI ranking. Actually, that's why the other monarchies on the list (which you've also kindly bolded for me) outrank the republics. No-one can seriously say that middle eastern oil-states are somehow exemplary democracies now, can we?

The thing that annoyed me was that I never got a response from the King of Thailand, or Tonga or Cambodia, or the Sultan of Brunei. Both the King of Tonga and Sultan have houses in Auckland, yet they never wanted to pop around for a cuppa. It was most frustrating. So I realise sending form letters can be unfruitful, which is why I've responded to your letter.

You see xxxx, this is the problem with the UN's HDI. It's not based on quality of life measures, rather it's based on quantity measures: how many people can read, how much the country earns split by its population (i.e. GDP per capita, which actually doesn't mean anything when you've got a Sultan worth billions and millions of people earning less than a dollar a day) and how long people live for (which is often fudged by countries keeping poor births and deaths records). Now that's not to say that New Zealand and Australia's HDI rankings don't mean anything, it's just we've got to be careful about what rankings we pick and choose. For example, Legatim prosperity index shows 7 of the top ten states are republics, The Economists Democracy Index records that of the world's full democracies in the world, two-thirds are republics. Some of the lowest ranked countries are monarchies. According to the Freedom in the World survey, 31 of the freest countries are republics, while only 18 are monarchies (those middle eastern monarchies keep letting the team down it seems!). Also, the failed states index records of the world's 25 most stable countries, 14 of them are republics. You see, you can pick and choose your statistics to tell whatever story you want - just as Benjamin Disraeli once said, there are lies, damned lies and statistics.

The real question is: do you think Australia or New Zealand will become like Zimbabwe? If your answer is yes, you should probably read more about the history of Zimbabwe / Rhodesia, and why democracy fails in some countries but prospers in others. What you'll see is aside from surface statistics, there is no mention of whether a country is a monarchy or republic. What makes a country a democracy is a democratic ethos, which requires civic engagement, a good education system and a civil society that is based on the rule of law. You'll notice all of these things are present in New Zealand and Australia, and they don't have anything to do with our absentee head of state.

Your copy of David Flint's column was most welcome. I have written a response to this column, which I have attached to this letter. As you can see, Professor Flint has manipulated my previous statements to make it appear that I've been making outlandish claims. I've admitted to make some factual errors, but I don't think this changes the substantive points I was making. Professor Flint has also compared myself to Basil Fawlty, which I think was meant to be offensive, but I take it as a compliment - I'm a huge fan of John Cleese, you see!

I'm sorry for writing such a long letter, however since you took the time to write to me I thought it was only fair. I do enjoy receiving letters, especially form ones. It seems that I'm hitting some raw nerves across the Tasman, and the idea of a New Zealander who can not only read but also write letters is apparently a novelty to supporters of the monarchy!