It is worth asking who ISIL are.

They are not interplanetary aliens; they are not invading vampires; they do not come from another tribe, with another language, or brandish an unfamiliar religion. They are home grown and taught by Americans, and us, how to fight with imported weaponry.

Some were tortured in Abu Ghraib; many were sacked, outlawed, and persecuted by Jerry Bremer and Nouri al-Maliki; many saw brothers, cousins, gassed by Assad. They have lived through Shock and Awe, and Surge, the Phased Withdrawal. They have seen the corrupt, incompetent Maliki military thieving billions owed to bureaucrats and soldiers.

They have reasons for their savagery. They did not arrive, like mushrooms, overnight. They have a history.

And if Australians, who look like Americans, will be welcomed also.

Let us further imagine a vengeful Christian insurgency commanded by, say, Tim Costello, rose up and conquered an area of land as big as Victoria, killing and mutilating the corpses of the Sharia heathen fanatics they opposed, and killed in battle and hot pursuit.

Let us imagine the Indonesians then came back, with a ‘coalition of the willing’ from Pakistan, Somalia, Libya and Saudi Arabia supporting them with ‘humanitarian’ helicopters, drones and fighter-bombers. Let us ask how we would feel then and whose side we would be on, and how welcoming we would be of the returning Indonesians, and their allies.

It takes no great intelligence to make this comparison. Nor to realise that, if we kill and torture enough people, they become our unforgiving enemies.

But it was the same sort of lunatic thinking that imagined, not so long ago, that Americans entering Baghdad would be greeted with rose petals, streamers, champagne and kisses in 2003.

The Baghdadis well knew their middle class jobs and pensions, under Bremer, would be gone soon, and their mortgages would not be paid and they would be out on the streets fighting other beggars for shelter in cardboard boxes. And that, under Maliki, neighbourhoods of Sunnis would be slaughtered, and their mosques burned.

They could see the future and the Americans could not.

The same people can see the future, now, too, and the same Americans cannot. Neither can Tony Abbott, who believed, with Howard, the WMD would soon be found, beneath a sandhill somewhere, and all would be well.

He’s as big a lunatic as that.

So, people getting beheaded in their homelands is enough to go to war, but not so bad we won't try to send them back if they flee? Got it. 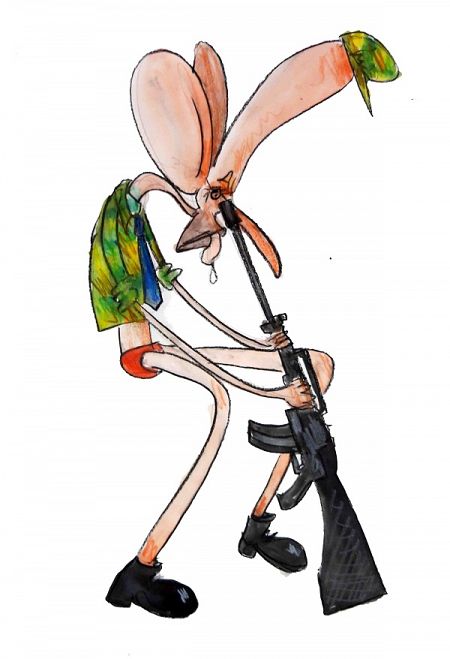