A story of hope has emerged from a senseless tragedy caused by Islamic State militants in Kabul, writes Namatullah Kadrie.

KABUL. The family of a slain victim has opened a memorial library, following a recent ISIS school attack in the capital, which claimed the lives of at least 48 people and wounded 68 others.

Hamidullah Rafi, who lost his 17-year-old sister Rahila Rafi to the attack in Kabul on 15 August, has launched the Rahila Library in her honour.

The library, now officially called the Rahila Educational and Resource Center, based in the Rasool Akram Mosque in western Kabul, is set to provide students with books, facilities for learning, computers and internet services.

It will also sponsor needy school students to pursue higher education and advocate for youth access to education.

There is a tragic story behind the formation of the Rahila Library.

Rahila had recently graduated from the Asif Mayil Lycee, a government high school in Kabul.

A week prior to the attack, Ms Rafi revealed to her brother she had attained the highest overall score in her class. 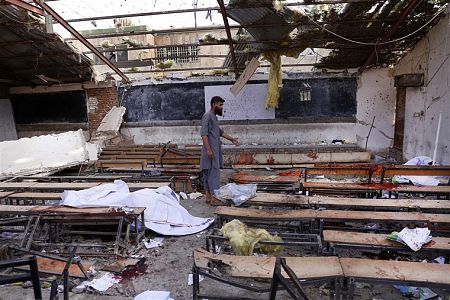 Her school certificates show she outranked her peers and had achieved the highest marks in both years 11 and 12.

To mark this achievement, Mr Rafi promised to spoil his younger sibling with a banquet and an iPad that Friday.

“Rahila also told me she would top the upcoming kankor exam.” (The university entrance exam in Afghanistan.)

He further promised that if she did well enough to secure a position in the economics course at Kabul University, he would award her with yet an even more handsome present.

“Rahilla begged me to reveal what gift awaited her. I eventually gave in and told her: ‘$1,000.’”

“When I told her, she was ecstatic and beseeched that I give her present in advance, because she would definitely get the required mark.” 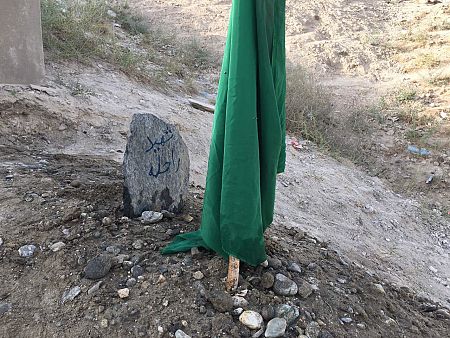 Two days before their rendezvous, ISIS carried out an attack on the Mehdi Mawood Private School, a university-preparatory education centre whose students consisted chiefly of Hazaras.

Rahila Rafi was among the 48 students who were killed whilst swotting for the kankor exam.

She never lived to dine with her brother that Friday, nor receive her iPad. Her dream of getting into Kabul University and claiming the generous gift of $1,000 from her brother was never realised.

Instead, her brother allocated the promised $1,000, along with her funeral expenses, in setting up a library.

“Daesh (ISIS) is a terrorist group who do not want to see educated Hazaras. They are terrified of education. Rahila loved education and we want to promote that.”

In her diary, Rahila Rafi wrote:

‘The society can overcome its current crisis through solutions that must be drawn from the knowledge of the youth.’

The family has also launched an online campaign to assist them in purchasing books for the library.

You can also take action to support the cause! pic.twitter.com/2Bz83YEBhH

Namatullah Kadrie is a freelancer who mainly writes on issues related to immigration, refugees, and asylum seekers.

D support&encouragement we received from you provided the impetus for our team to expand the initiative&further diversify our programs. To that end, we decided to develop #RahilaLibrary to #RahilaEducationalandResourceCenter (RERC).

5 October 2018, 12:00pm A story of hope has emerged from a senseless tragedy caused by Islamic State ...
Join the conversation
comments powered by Disqus
News updates